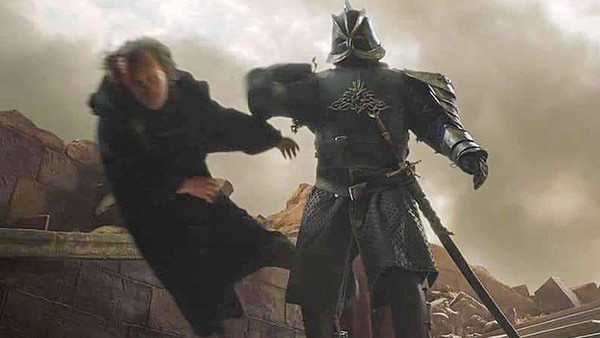 Game of Thrones was not a show abundant with comedy. Throughout its eight seasons, viewers were presented with bloody violence, numerous sex scenes, and relentless struggles for political power.

Every so often, however, the writers would deliberately inject a dash of comedy. Tyrion’s wit was always entertaining, as was any scene involving Bronn. Even Stannis was funny from time to time with his grammar obsession.

Yet there were also points in the show that were unintentionally funny. Such moments became particularly noticeable as the show wore on. Without George R.R. Martin’s source material, the writing took a noticeable dip, and as a consequence, there were plenty of amusing story beats that clearly weren’t intended.

Whilst some of these inadvertently funny moments came from an unusual line delivery or facial expression, many of them occurred due to the showrunners’ questionable plot decisions…

‘The Bells’ was one of the most peculiar episodes in the show’s history, and the final scene was no exception.

Following Daenerys’ transformation into the Mad Queen, Arya emerged to find a derelict and ash-covered city. Though the music and cinematography were undoubtedly stunning, they were sadly marred by the appearance of a white horse amongst the ruins of King’s Landing.

No doubt the showrunners were attempting some kind of
symbolism, but the abrupt way in which the horse materialised came across as
comical. With no other sign of life, the scene felt highly contrived, and was made still more ridiculous by the use of slow motion as Arya rode away into
the distance.

Given that ‘The Bells’ was confusing and bizarre throughout, this final scene was an oddly fitting way for the penultimate episode to end.