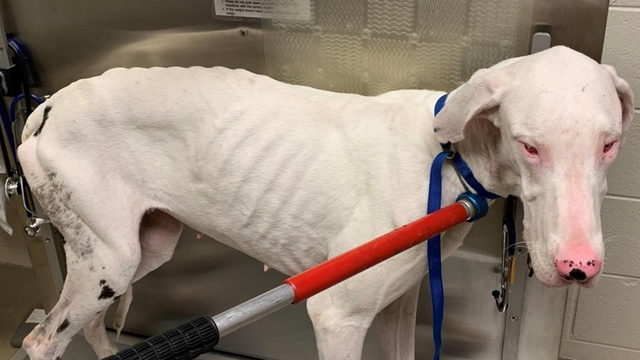 Two people in Virginia are accused of animal cruelty after 32 Great Danes ranging in condition from “poor to near death” were found at a residence, police said Tuesday.

Richard Awlasewicz, 52, and Candice Wheat, 39, both of St. Stephens Church, were arrested and charged with felony animal cruelty Aug. 27 after the dogs were rescued, WWBT reported.

Awlasewicz and Wheat are free after posting bail and will appear in court Nov. 1 to face criminal charges,, WTVR reported.

According to a news release posted on Facebook by the King & Queen County Sheriff’s Office, 20 adult Great Danes and 12 puppies were rescued by authorities. Five of the animals were found barricaded in a camper with no food or water, according to the release. There was no ventilation in the camper and the temperature was extreme, the Sheriff’s Office said.

The other dogs were inside the home and had “very little food and no water,” deputies said.

The dogs are being treated at the King William Regional Animal Shelter, WTVR reported.

“They were iffy with us, I mean, just because they were starved and all they wanted was food, food, food. They weren’t used to a lot of handling,” Betts told WTVR. “Trying to … look in their mouth, clean their ears. They just weren’t having it. Now, it’s like, we can do anything.”