5 Interesting Facts About The BTS Rapper 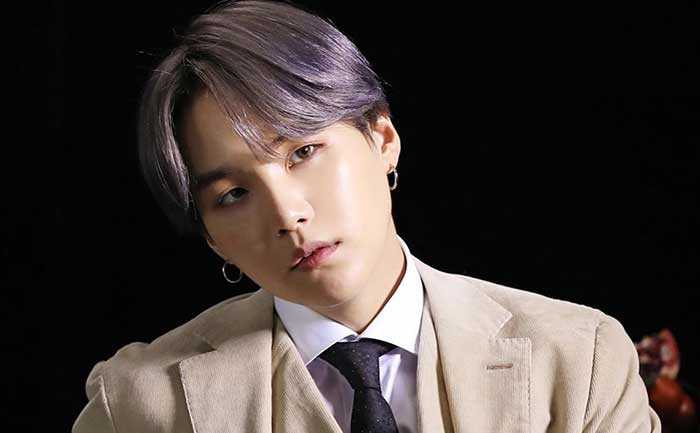 Min Yoon-gi aka Suga of K-Pop boyband BTS is celebrating his birthday today (March 9, 2020). Suga is BTS’s lead rapper, songwriter and record producer. Did you know? In a survey conducted by Gallup Korea, Suga has listed the 13th most preferred idol of the year for 2017 and in 2018 and 2019 polls, he ranked 7th and 9th respectively.

Anyone who follows him on social media knows Suga is a marvellous rapper and owns the spotlight every time he is performing. Yoongi is also loved by the ARMY so much. In this article, we bring to you 5 interesting facts that you probably don’t know yet.

1. Wanted to become a Producer:

Talking to a television program, Rookie King Channel BTS in 2013, Suga said, “I didn’t want to become a rapper, I wanted to become a composer. That’s why I joined the agency.”

When questioned why he ended up contracting with Big Hit Entertainment, Suga quipped that the agency’s founder and co-CEO Bang Si-hyuk fooled him.

A Soompi list shows Suga’s Myers-Briggs Type Indicator (MBTI) to be introvert-intuitive-feeler-perceiver (INFP). Such characters are defined as “poetic, kind and altruistic, and always eager to help a good cause”.

In 2016, talking to Grazia, Suga revealed the reason he has never got a tattoo. “There is something that I want to do in the future. I want to do some charity work, but tattoos could be seen negatively, so I am holding myself back,” he said.

The K-pop Herald related that Suga played basketball as a student, and proceeded to practice daily as a trainee. His stage name Suga uses its first two syllables from his place in basketball, which is a shooting defender.

Did you know? Suga has learned to play the piano on his own and has studied photography.

5: Prefers comfort when it comes to clothes:

In an interview, Suga told Billboard about his preference to choose comfortable clothes, “Fashion and music are inseparable, music is not just about listening anymore. I think visuals are very important.”

He also said that he likes to keep his outfits exciting with accessories, talking Vogue, in an interview, he said that he is fond of bracelets and rings, especially king rings, “The really big ones, I’ll wear a lot of them at once.”