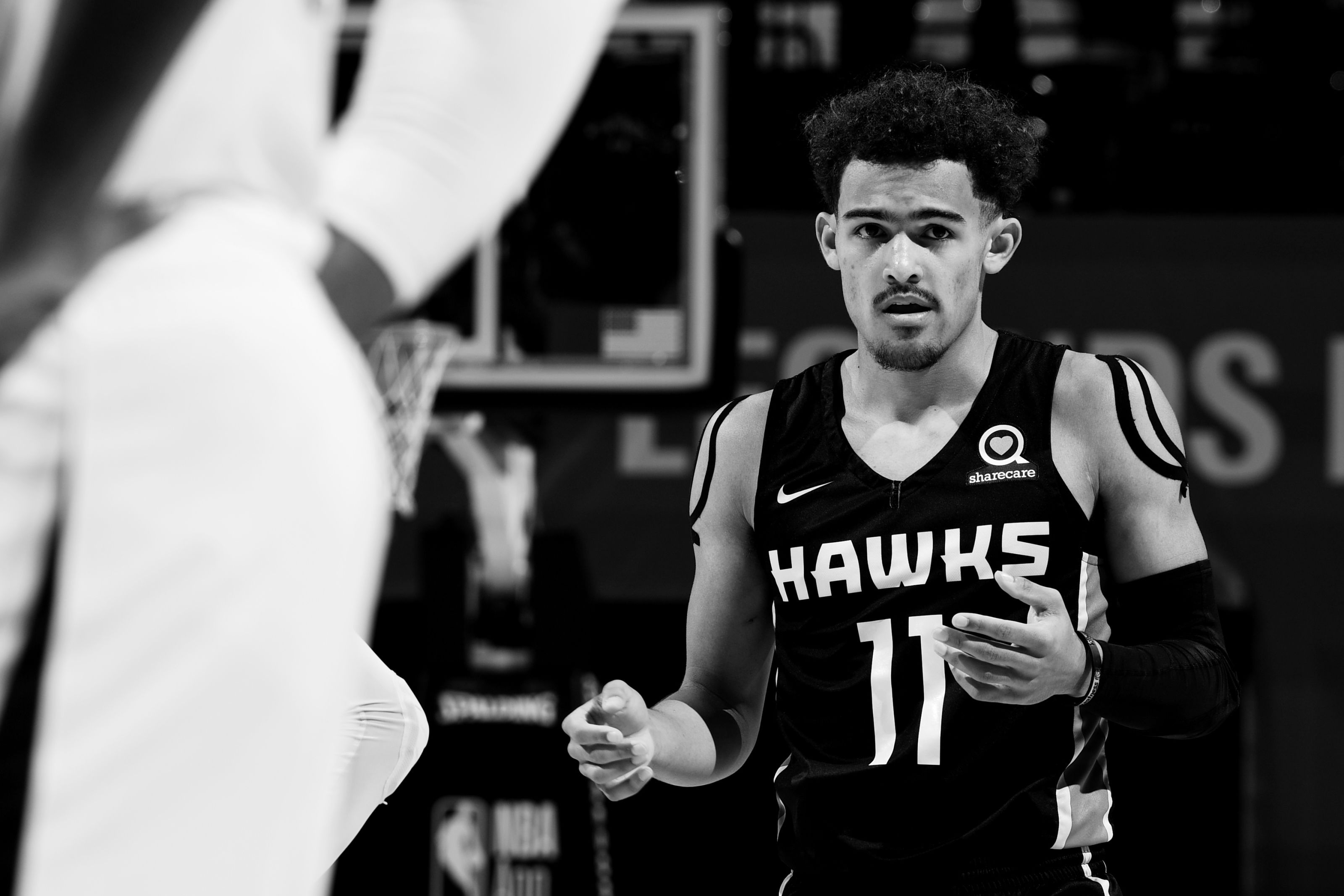 CHARLOTTE, NC – JANUARY 26: Kent Bazemore #24 of the Atlanta Hawks warms up before the game against the Charlotte Hornets on January 26, 2018 at Spectrum Center in Charlotte, North Carolina. NOTE TO USER: User expressly acknowledges and agrees that, by downloading and or using this photograph, User is consenting to the terms and conditions of the Getty Images License Agreement. Mandatory Copyright Notice: Copyright 2018 NBAE (Photo by Kent Smith/NBAE via Getty Images)

An outline of the Atlanta Hawks guard rotation and how it has changed from the 2017-18 season to now.

After having a fairly ill-fitting and ramshackle roster last season in the final year of Mike Budenholzer’s reign as head coach, the Atlanta Hawks have improved their rotation and upgraded it in multiple ways ahead of the 2018-19 season.

The third and final story in our series of interesting players, the guard rotation for the Atlanta Hawks next season is almost completely unrecognizable from last year. Only 2 players (Kent Bazemore and Tyler Dorsey) remain from last season, and one of them (Baze) might not be long for the team if recent reporting can be believed.

The least interesting player in the Atlanta Hawks guard rotation is also one of the team’s best overall players.

Baze had one of his best years last season, leading the Hawks to a few clutch victories, which, again, were not particularly necessary but were still entertaining.

With multiple rumors swirling around Baze being traded to a contender, he might not be long for the Hawks. If he’s traded, a lot of minutes would be opened up to help the younger and more unproven (and therefore more interesting) players on this list develop in-game.

If he left, we would sorely miss his antics, such as the iconic Baze Gaze:

Even if he remains on the team, his game is pretty entertaining to watch, but he would be better suited to heading to a team with playoff aspirations. The first Two-Way Contract the Atlanta Hawks signed this offseason was for St. Bonaventure’s Jaylen Adams.

While his game certainly looks interesting on film, his two-way deal limits the amount of time he’ll be with the big club to 45 days (not games but days, which also includes travel), so Hawks fans will likely not see much of Adams except in cameo appearances or for injury or rest depth.

Most likely, Adams’s three-point range and tight handle will make most of their headway during the latter portion of the season, when you can expect the Hawks to be trotting out some amusing (and highly entertaining) lineups.