A funny thing happened in that 13th District special election… 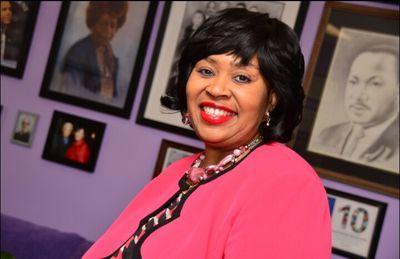 A split result between a special and regular election in Michigan’s 13th Congressional District has led to an odd and potentially sticky situation.

The seat has been vacant since Conyers stepped down in December. Gov. Snyder set the two races to run concurrently on the August primary and November general election ballots.

That means that if Jones wins the general special election — a near-certainty since no Republicans are running in the 13th District — she’ll serve only about seven weeks in Congress. And she might have to resign from City Council to do that.

Jonathan Kinloch is chair of Michigan’s 13th District Democratic Party. He says in the past, serving on both City Council and in Congress have been considered “incompatible” under the law.

He says Jones will have to seek direct from a lawyer, and possibly the courts, about what to do now.

“The Council president could run in November and be elected to the partial term, [and] still remain on City Council, unless otherwise directed by the courts,” Kinloch said.

The determination on whether the two offices are actually incompatible in this situation is likely one that will have to be made either according to U.S. House ethics rules or the city of Detroit’s corporation counsel, Michigan Secretary of State spokesman Fred Woodhams told The Detroit News.

Jones’s campaign spokeswoman could not immediately be reached for comment on Jones’s plans Wednesday.

Kinloch says Jones’s options for removing herself from the general election ballot now are very limited — she would either need to move out of state, or get a “doctor’s note” saying that for medical or other reasons she is not capable of carrying out the duties of office.

Whatever she decides to do, Kinloch says Jones should make her intentions known soon.

“The seat has been vacant for almost a year, and we definitely want to make sure that someone is able to take that seat at the first opportunity,” Kinloch said.

“The best scenario is for the Council president to consult with her lawyers, and let the district and its citizens know what she intends on doing. If she intends to serve, we definitely need to know. That would require, in my opinion, for her to touch base with a lawyer and then determine whether or not a resignation is truly in order.”

In the meantime, Tlaib’s team tweeted out a note of congratulations to Jones.

The unofficial Wayne County results show that I’ve won the full term election, and that @DetCouncilPres Jones has won the special election to complete John Conyers Jr.’s term. Congratulations to President Jones, who has done so much good for so many working class Detroiters!

Unofficial Wayne County election results show that Tlaib defeated Jones by exactly one percent, or fewer than 1,000 votes, in a six-way Democratic primary.