Aiming for Just Eat, Prosus says will double down on food bets 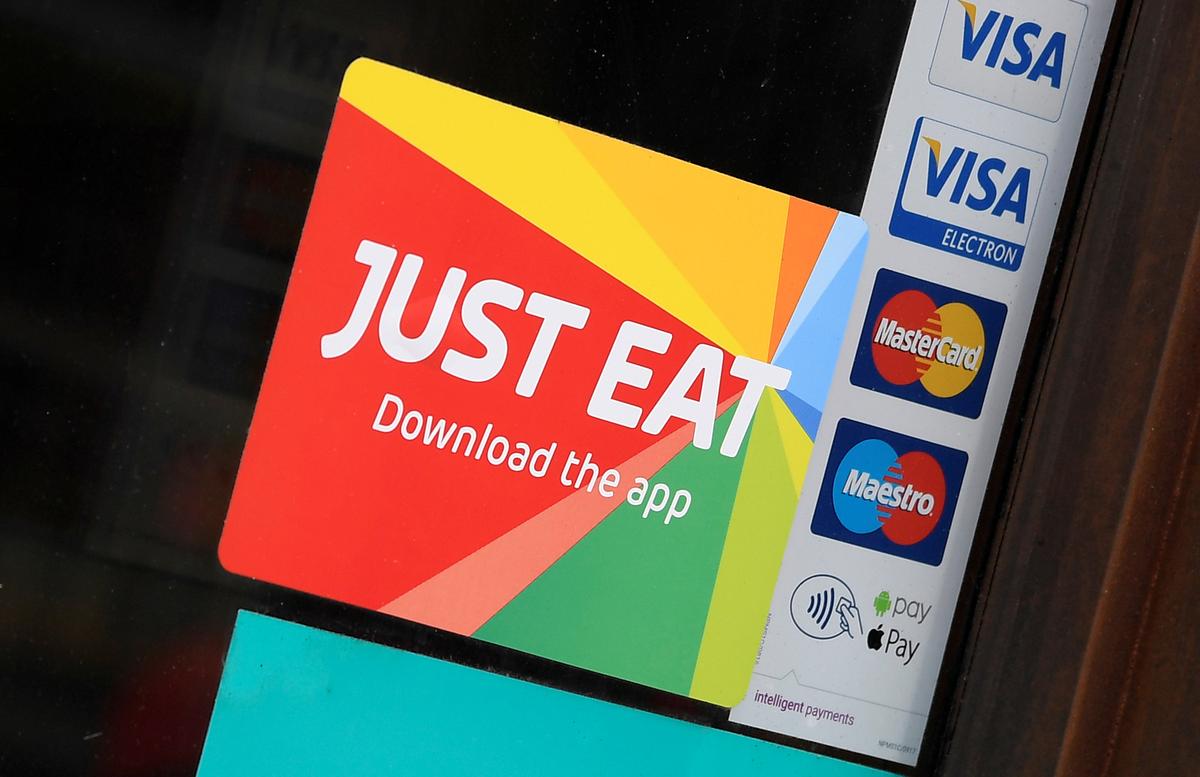 (Reuters) – The head of Prosus NV’s venture capital arm expects to make more investments in the food delivery space globally, building on the hefty stakes it already holds in leading startups in Brazil, India and Germany and its parent company’s bid for Britain’s Just Eat.

FILE PHOTO: Signage for Just Eat is seen on the window of a restaurant in London, Britain, August 5, 2019. REUTERS/Toby Melville/File Photo

Chief Executive Officer Larry Illg, who also oversees food investments at Prosus, also said that the about $5 billion the firm had so far pumped into India was just the beginning of further investments in the country as he seeks a successor to his parent company’s hugely profitable bet on internet giant Tencent, with that investment now worth $130 billion.

Prosus Group, which was spun off from South African e-commerce group Naspers earlier this year, currently holds stakes in Brazilian food delivery startup iFood, Germany’s Delivery Hero and India’s Swiggy, all of which are a long way from making a profit.

“We love the space (food tech and food delivery)… Will we do more? Absolutely,” said Illg. “The opportunity being larger outside the West than in the West in markets like Brazil and India.”

Asked specifically about Swiggy and iFood, Illg indicated that Prosus was open to doing follow-on investments in the two firms.

“We do follow on rounds all the time, and have done several rounds in both Swiggy and iFood,” a Prosus Ventures spokeswoman said.

Prosus Ventures itself has invested roughly $3.2 billion in startups since its creation five years ago, with much of that funneled into India, where valuations are lower and the potential consumer markets huge. Its food investments, which are now counted as a separate category, alone account for $2.4 billion of that total amount.

Adding earlier investments by Naspers, some of which Illg now oversees, he said it had a total of about $5 billion in India.

“We still think from a technology and innovation standpoint, we’re still in the early innings,” Illg said.

“We’ve put in close to $5 billion in India and we’ve been frankly more active of late. Compared to five years ago, we see better quality of companies, the ideas are bigger, the founder quality has improved and the market is just coming of age.”

Unlike typical venture capitalists, Prosus invests off its balance sheet. Last year, it sold 2% of its Tencent stake for $10 billion, which it plans to use for startup investments.

With doubts about the health of the startup world fueled this year by the collapse of WeWork’s stock market launch and the poor performance of Uber and Lyft, Illg said that a growing number of startups and private firms were considering postponing plans for going public.

“If the IPO window closes and public markets slow down, it would be natural that it flows back into company behavior,” he said.

“We’re not solving for an IPO, because we’re not looking for that exit per se. We want our companies to achieve full potential and in some cases that makes sense as a public company. In other cases, you don’t want the public company scrutiny – you want the freedom to grow,” he added.

Reporting by Anirban Sen in Bangalore; editing by Patrick Graham and Bernard Orr