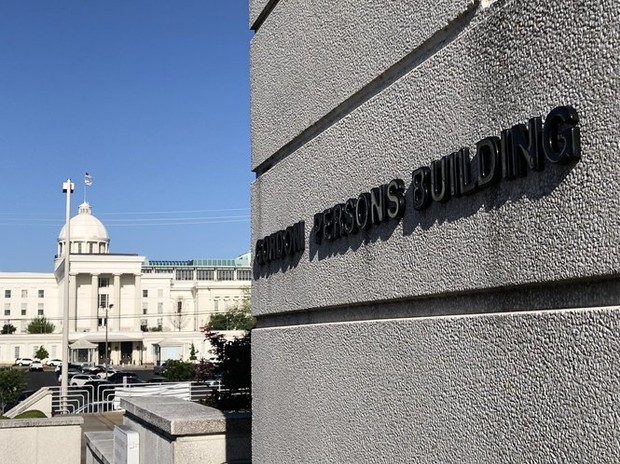 The U.S. Department of Education found Alabama “needs assistance” in implementing the federal provisions of the Individuals with Disabilities in Education Act for students aged 3 to 21, based on results of an annual assessment of compliance and outcomes for students in special education.

That determination, sent by letter to state Superintendent Eric Mackey, showed the Alabama State Department of Education performed well in complying with the rules and regulations of the law, but achievement results for students in special education were poor for the 2016-2017 school year, the period covered in the monitoring process.

The federal education department began using results from the National Assessment of Educational Progress, or NAEP, in 2014 as part of the national accountability system. Fourth- and eighth-grade students are tested in reading and math every two years, and the most recent 2017 results were added to this year’s federal assessment.

Achievement and compliance are weighted equally in the assessment.

The annual federal review found 21 states met the requirements in both areas, but 28 states, including Alabama, need assistance. Michigan and the District of Columbia were found to need intervention. No states or territories received the lowest determination: needs substantial intervention.

No additional funding is made available for states needing assistance, but the state department can tap into some federal resources for technical assistance, according to the state’s special education director, Crystal Richardson.

Because this is the first year Alabama was found to need assistance, no direct actions are required, Richardson said, but the state department will continue to facilitate additional training for educators in districts participating in a statewide improvement process.

Achievement results are not a factor in local school district determinations made by the state department of education.

Richardson said the NAEP results may not be a good indicator to use to monitor special education achievement because the test is only given every two years and it’s not given to all schools or even all districts. NAEP tests a statistically representative sample of students, including students with disabilities.

The results for eighth-graders with disabilities in reading were among the lowest in the country, with only 20 percent at or above basic, compared to 35 percent nationally.

For comparison, nationwide, students without disabilities reached the basic level in much higher percentages:

Federal report card data for the same time period showed only 16.5 percent were proficient on the state’s math test and 12.6 percent were proficient on the state’s reading test. A further breakdown showed 70 percent of students with disabilities scored at Level 1, the lowest level, on the reading test, and 48 percent scored at Level 1 on the math test.

Asked what the state department is able to do to impact achievement, Richardson said, “We talk to [districts] every day about test results.” She said the state’s plan under the Every Student Succeeds Act, the replacement for No Child Left Behind, should help districts focus on improving results and outcomes for students with disabilities.

Richardson said gains are being made in districts participating in the state’s special education improvement process.

According to documents produced by the Alabama State Department of Education, spending in special education for the 2015-2016 school year, the latest school year for which data was available, totaled $688 million out of $6.8 billion overall, or a little more than 10 percent.

Those amounts do not include expenditures at the state department of education level.

The percentage of students identified for special education within each school district varied widely during the monitoring period, from 5.4 percent to nearly 16 percent during the 2016-2017 school year.