Alec Baldwin takes Jubilee audience on a funny, irreverent journey through his career 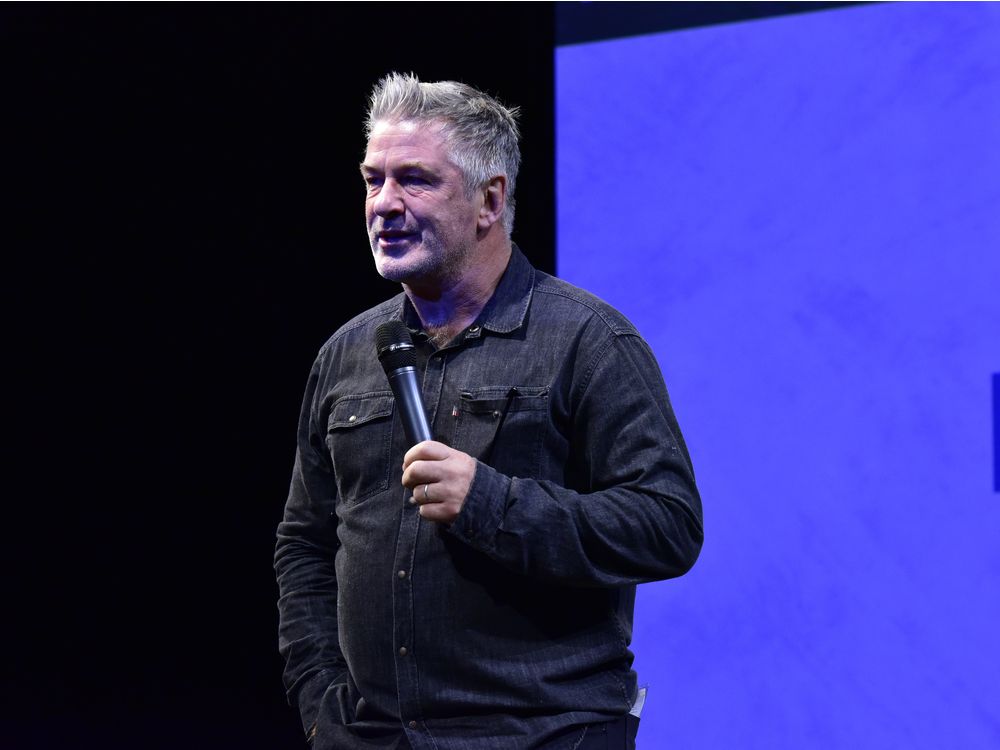 Alec Baldwin at an event in October in New York.

It was only a few minutes after Alec Baldwin arrived on stage at the Jubilee Auditorium Friday that his most famous comic creation made an appearance.

It was brief, and his name was never mentioned.

But it was undeniably Donald Trump, the 45th President of the United States and a goldmine for comedians everywhere. Arguably, Baldwin’s ceaseless parodying of the clueless POTUS on Saturday Night Live these past couple of years almost single-handedly revived the sagging fortunes of the long-running sketch show. So it was hardly surprising that a few minutes in, the actor suggested visiting Canada was a good way to “take a break from the noise of America” and then repeated the line in full Trumpian glory.

The Donald’s appearance received a giddy response from the packed house at the Jubilee Friday night, who were on hand to take in Baldwin’s conversation with Calgary-born comedian and actor Andrew Phung as a fundraising event for the Owen Hart Foundation. Still, while the often fiery and outspoken actor has never been shy about voicing political opinions, Friday night was a genial affair that found Baldwin mostly sticking to anecdotes from his lengthy film career and his impressive second act as a comedic force on Tina Fey’s irreverent sitcom 30 Rock.

In fact, the introduction by Martha Hart, Owen’s widow and the founder of the charity in his name, contained more political commentary than anything Baldwin said.

Still, it was a entertaining evening. Baldwin was funny, charming, self-deprecating and generous with his star-studded anecdotes. While he spent much of his time suggesting that his isn’t naturally funny — “I was scared to death,” he said at one point when asked about his early days on 30 Rock opposite Fey and Tracy Morgan — the highlights of the evening often revolved around his pitch-perfect imitations.

That included a story about how henpecked his Hunt For Red October co-star Sean Connery was by his French wife. He did a flawless impersonation of a charming Anthony Hopkins, his co-star in the Alberta-shot thriller The Edge, meeting his enamoured sister. Throughout the night he offered sly takes on Woody Allen, Salma Hayek, Russell Brand, Al Pacino and even Robert Cummings.

Baldwin also delved into his background as an industrious child growing up poor in Long Island, the eldest of six children. While he never intended on being an actor, he said he was obsessed with films growing up and would memorize entire films, a revelation that allowed him to trot out even more remarkable impersonations of Humphrey Bogart, James Cagney and Marlon Brando.

“My mother really wanted to send me to a psychiatrist,” he says.

For film buffs, there were plenty of behind-the-scenes tidbits from his classic films. He talked about boarding a nuclear submarine as part of the research for the Hunt for Red October. He talked about nearly landing the lead in Glengarry Glen Ross when co-star Pacino waffled on scheduling (As fans know. Baldwin instead took on the towering, one-scene character of the ruthless Blake, a character that Pulitzer Prize-winning playwright David Mamet wrote specifically for the film) and how hard it was to be “so mean” to the character played by his acting hero Jack Lemmon. He revealed how director Tim Burton refused to let him spice up his role of bland ghost Adam Maitland in Beetlejuice, part of the director’s insistence that the ghosts be more normal than the living in the film.

“Everything I had, he shot down,” Baldwin says.

But if there was an overriding theme, it was one of gratitude, with the 60-year-old actor seemingly still in awe that he was able to break into the business at all. It was all very un-Trumpian.

“I never dreamed I would be in movies,” he said. “It was preposterous. I was a fan.”