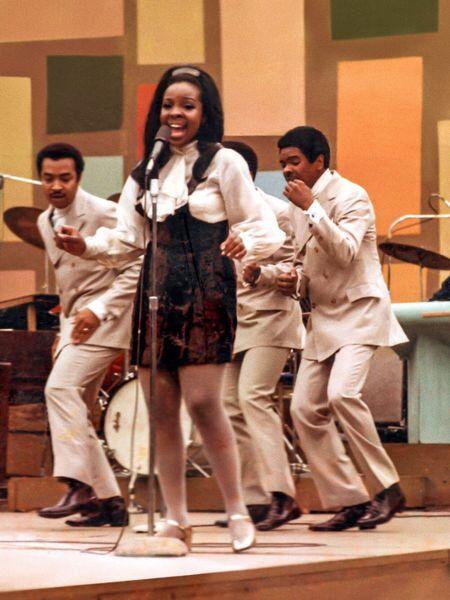 Movie Review: “The Forever Purge” is an exaggerated fictional continuation of the Jan. 6 storming of the Capitol in Washington D.C. It is an overly violent movie that is a snuff film that is part of a movie-television franchise which, started with “The Purge” (Director James DeMonaco, 2013). These movies may be entertaining but the nature of humanity presented is a barbaric rerun.

Moments after the annual Purge, a day when any crime is legal in the United States for six hours, ends, numerous purgers decide to keep killing. Several people on a ranch struggle to remain alive as they race to Mexico for safety. Along the way, Forever Purgers follow them to kill and pillage.

This is a survival movie. It is gratuitous violence with unique undertones that are emphasized by repetitive action sequences throughout. The moments are energetic action scenes with thought-provoking concepts as a background; however, this movie appears a repeat of previous movies from this franchise.

Grade: C+ (With hope, the Purge will not last forever.)

“Summer of Soul (… Or, When the Revolution Could Not Be Televised)” (Music/Documentary: 1 hour, 57 minutes)

Movie Review: Often documentaries are a gateway to yesteryear. “Summer of Soul” details events of the turbulent 1960s through the music of a summer of concerts that energized and calmed New York City.

The event was to celebrate African American music and culture and to promote Black pride. People still echo many of these theme’s today expressed then, and Questlove and his team use interviews effectively to reach audiences today about the past.

In 1969, the Harlem Cultural Festival took place in Mount Morris Park in Harlem, New York, during the same summer as Woodstock. The event’s host was New York nightclub singer Tony Lawrence, who was also the promoter. The series of six free concerts had an aggregate attendance of approximately 300,000 people but despite big-name talents performing at the event, it did not get the same coverage as Woodstock.

Ahmir-Khalib Thompson, better known as Questlove from NBC’s “Tonight Show,” is a composer, actor and musician. He now makes his mark as a director to watch. He effectively draws upon the footage from 1969’s “Black Woodstock” (Director Hal Tulchin).

Movie audiences can see performances by B.B. King, Mahalia Jackson, The Staple Singers, a young Stevie Wonder singing and playing the drums, Sly and the Family Stone, Gladys Knight & the Pips, Nina Simone and others. The movie also features some appearances from that 1969 summer, including young preacher Jesse Jackson to the then-Republican mayor of New York City John Lindsay.

Also featured are present-day interviews with performers and speakers at that event like Mavis Staples and Marilyn McCoo and Al Sharpton discussing the significance of the festival. Some celebrities and members of the audience also provide commentary about that summer festival.

The music includes gospel, blues, R&B, soul, and calypso. The event also featured community political speeches. Questlove features a few of those moments and he also includes media clips of the words of the people at the 1969 festival regarding events of 1969.

For example, the Apollo 11 moon landing happened while Stevie Wonder was performing. You can hear a few people in the audience jeer at hearing about the landing. Many of the people at the festival thought going to the moon was unnecessary when people were hungry and their civil rights were being violated.

“A man’s gone to the moon,” she says in her trademarked style. “I went as far as Baltimore with him, and I got off,” she adds as a punchline.

Questlove makes this movie fun. He also inserts enlightened moments, although one feels much more happened in the background that he just did not have the time explore. The Harlem Cultural Festival went from June 29 through Aug. 24, 1969, so this movie includes only a limited runtime. More behind-the-scenes moments would be a nice addition.

This documentary allows people to see a part of American history more intimately. Woodstock, the moon landing and Nixonian politics eclipsed this event, but the Harlem Cultural Festival finally has the chance to reconnect with new generations.

Movie Review: The babies are back again.

“The Boss Baby: Family Business” is the sequel to “The Boss Baby” (2017). Tom McGrath is the director for both movies, and he and screenplay writer Michael McCullers once again make these characters from Marla Frazee’s book adventurous amusement.

“Family Business” is more of the same as a sequel but adds a deeper emotional element than its prequel.

The Templeton Brothers, Tim (Marsden) and Ted (Baldwin), have become adults. Tim’s busy family life and Tim’s management of his business empire have cause to brothers to see little of each other more as time passes.

They must work together again after Tim’s toddler daughter, Tina (Sedaris), becomes the new Boss Baby. Tina recruits the brothers to stop Dr. Armstrong (Goldblum), who plans to have babies rule the world.

The voices are key to enjoying this comedy. Baldwin, Marsden, Sedaris, Goldblum and McGrath, who plays a toy clock named Wizzie, are good as the characters they voice. The voices fit the characters adding to the humor the animated beings inspire.

McGrath (“Madagascar,” 2005) is quickly becoming the animation movie guru for helming enjoyable animated comedies. “Family Business” is another adventurous movie to add to his already good resume. It provides enough merriment that it should work for the entire family.

Grade: B- (A new boss, but the work remains steady.)

Movie Review: Again, proving real-life is more interesting than fiction, “Zola” is based on the viral Twitter thread by A’Ziah ‘Zola’ King (@_zolarmoon). The tweets are about a few days of an interesting part of her life. This photoplay brilliantly capitalizes on her issues.

Zola (Paige) decides to take an exotic dancing gig in Tampa, Fla. She does this at the encouragement of her new friend, Stefani (Keough). Zola, X (Domingo), Stafani and her boyfriend, Derrek (Braun), travel from Detroit to Tampa via car. All appears well until Zola realizes Stefani and X have involved her in something illegal.

The first minutes of “Zola” feel like something a teen would shoot with their cell phones, yet it is oddly inviting. This story has an energetic manner of delivery, and its cast does similarly with their roles.

Taylour Paige is the lead for this entertaining movie. Last seen in “Boogie” (Director Eddie Huang, 2021), she is a talented beautiful actress. She makes this role real. She is authentic in roles. Her scenes with Riley Keough are intriguingly humorous. Definitely, cultural appropriation applies to Keough’s performance as Zola’s new “bff,” yet the actress overplays stereotypes but works for the way she executes this role. The two women are Thelma and Louise on crack but they are watchable. Even when their lives are annoying, you find them attention-getting people.

The two main male roles are also worth noting. Nicholas Braun plays Stefani’s boyfriend with a certain innocence that works. The character feels like some guy one went to high school with that was funny and a cool geek while being naively awkward. Braun steals scenes often.

Colman Domingo, television’s “Fear the Walking Dead,” offers an enigmatic character as X. He plays X in a laid-back manner, but when his character is angry Domingo offers a very intense performance that appears too real opposite others of the cast.

Janicza Bravo (“Lemon,” 2017) has just made herself a director to watch. She did primarily film shorts and teleplays before now. With “Zola,” Bravo delivers an artistic, albeit very sexual, screenplay that is very modern in its use of popular media such as Twitter. She and co-writer Jeremy O. Harris offer a riveting adventure with some added intense scenes that are convincing for this dark comedy.

Movie Review: Occasionally, a movie surprises you in unexpected ways. “Lansky” is one of those. It spans nearly 80 years. It is a good crime drama because of a very talented performance of seasoned veteran actor Harvey Keitel.

An aging Meyer Lansky (Keitel) meets journalist David Stone (Worthington), who will write Lansky’s biography. As Stone interviews Lansky, he learns how Lansky, who was known as the “Mob’s Accountant,” became a major leader of the American National Crime Syndicate. As Lansky details his life as the notorious boss of Murder Inc., the FBI continues to investigate Lansky. The Feds hope Stone can get Lansky to tell what happened to nearly $300 million.

Director Eytan Rockaway (“The Abandoned,” 2015) and Robert Rockaway write an interesting story. Lansky is a complicated man. He was a patriot to the United States during World War II to expose Nazis to the federal operatives and help send money for Israel to defend itself.

Lansky, according to this movie, was giving Israel large sums of money during the administration of Prime Minister Golda Meir. Lansky wanted to help Israel defend itself because he saw himself retiring there one day.

Lansky is a complicated man, although humans are. Lansky is more interesting. He commits evil acts, yet shows deep compassion for family and friends. The mobster’s actions as a young man are corrupt and malevolent, yet he does good to protect the country of his birth, the United States, and the country that inspires him, Israel.

Harvey Keitel plays the older version with a certain self-confidence that shows he is boss. Keitel easily makes one have compassion for Lansky. Keitel gives his most significant performance in years here. His scenes with a talented Sam Worthington are also very engaging moments.

John Magaro plays younger Lansky in flashbacks. His style is as cool and collected as Keitel’s older version of Lansky. Magaro’s Lansky is no saint, but manages to do good acts despite his evil ones. Magaro’s best interactions are with AnnaSophia Robb. She plays his wife. Their turbulent relationship scores despite the repetitive arguing.

The movie goes astray with Worthington’s Stone. The script brings in Stone’s family struggles when Lansky is the draw. The narratives of the older Lansky by Keitel and younger by Magaro already compete; they could each be separate movies. Stone’s is a distraction and diverts attention from Keitel and Magaro’s nice portrayals of Lansky.

Grade: B- (Lansky story is intriguing despite diversions.)

Adann-Kennn Alexxandar has reviewed movie for The Valdosta Daily Times for more than 20 years.