All animals adopted after January rescue 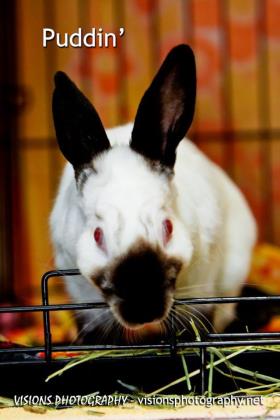 CEDAR RAPIDS, Iowa (KWWL) — The last rabbit rescued from a Vinton home has been adopted.

The Cedar Valley Humane Society in Cedar Rapids posted on their facebook page that “Puddin” has been placed in a home.

The rabbit was one of more than 700 animals rescued from a Vinton home in January of 2018.

KWWL reported on that raid when it happened, that story from January below.

Vinton, Iowa (KWWL) – Charges are possible after hundreds of animals were found in a Vinton home.

The Cedar Valley Humane Society tells us the animals were living in close quarters and in dirty conditions, there also appeared to be “DIY” (do it yourself) surgeries taking place at the home.

Barbara Galkowski is the owner of the home.

According to her Facebook page she supervises a business called Rocket Rabbitry  where she breeds and sells a variety of rabbits.

The Vinton Police Department is working to learn whether Galkowski was licensed at either the state or federal level, so far they have not come across a license.

Many of the animals are now being housed and cared for at the Cedar Valley Humane Society.

“So far, the veterinarian that’s examined the animals has seen a large number of you know fungal infections on the animals skin and that is indicative that the animals have spent a lot of time in kennels with feces and urine and just general dirty conditions,” says Preston Moore, Cedar Valley Humane Society Director of Development & Community Outreach.

Moore says some of the animals were even living among the dead.

“There were a few animals in cages that had been dead for quite some time,” he told us.

“One live rabbit was in a kennel with a dead rabbit and we’re assuming that dead rabbit had no access to food for quite awhile because it had started to eat the remains of the other rabbit,” Moore added.

As the survivors get the care  they need the Cedar Valley Humane Society is asking for donations.

Items like cages and paper bedding can be dropped off while money can be donated on their website: https://cvhumane.org/

Yesterday Galkowski defended herself to KWWL: “I do run a guinea pig rescue program and I just brought in over 200 guinea pigs which is a lot of what they’re freaking out about is me trying to shovel and juggle all of these animals, find them homes, get a lot of them medical treatment,” she told us.

According to the Benton County Assessors website Galkowski had just bought the home in October.

Charges have not been filed at this time.

Four kids also lived in the home, DHS is involved.

The Vinton Police Department is continuing to investigate and the health of all of the animals is being checked out.

Police tells us the  other business has been checked on, there are 13 horses there and they are in good condition with plenty of food and water.