At least 78 dead in apartment fire in Bangladesh 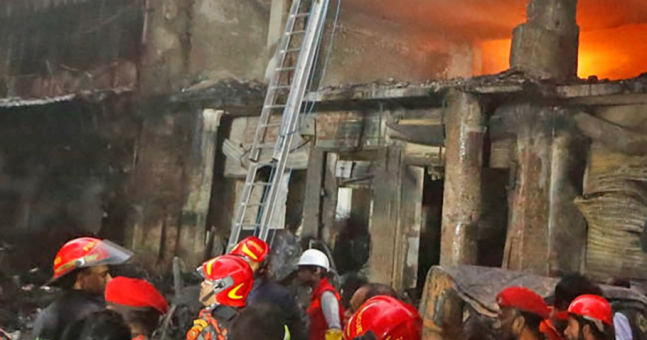 At least 78 people have been killed in a dramatic blaze that swept a historic district in the Bangladesh capital of Dhaka.

According to BBC News the fire broke out on Wednesday night in a residential building that had flammable chemicals stored on one of the floors.

Firefighters reportedly struggled to put out the blaze due to a lack of water sources and their efforts were hindered by narrow lanes.

50 further people are said to have been injured in the blaze and a further nine have been critically burned.

The blaze reportedly started at a chemical warehouse on the ground floor of the building and then raced through three other buildings.

The blaze was fuelled by pick-up vans in the area that carried gas cylinders, according to police chief Javeb Patowary.

It is not the first time a deadly fire has devastated parts of Dhaka.

In June 2010, a blaze in the Nimtali district killed 124 people, a fire that was also made worse by the presence of an illegal chemicals warehouse.

Want Buzz.ie news updates? Sign up to our newsletter!: