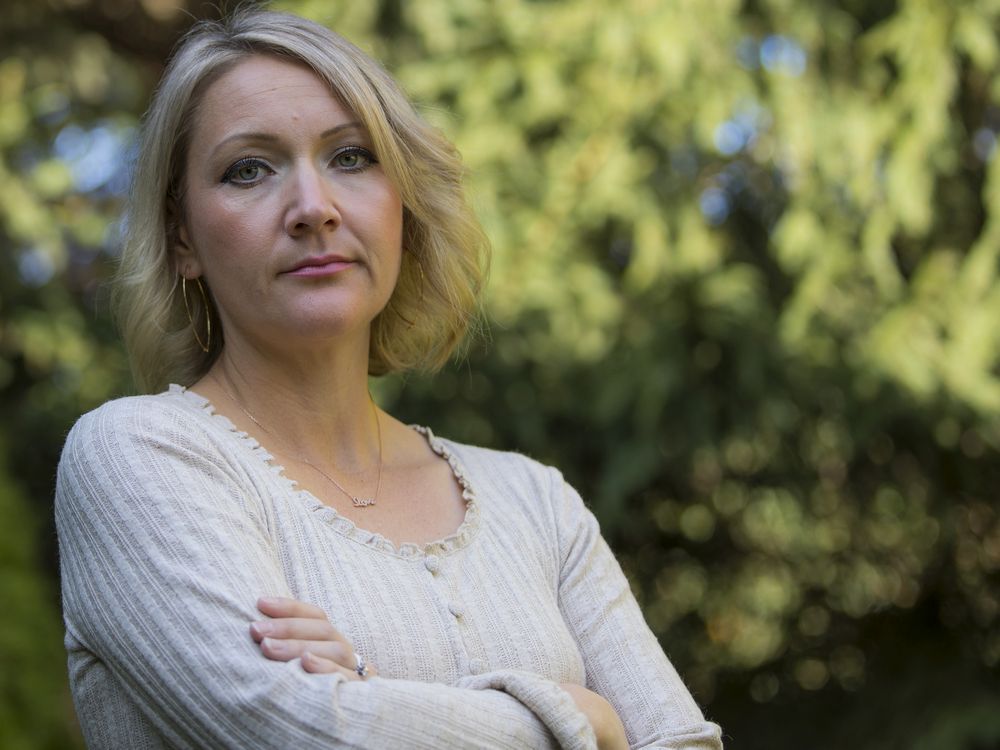 The health care system in B.C. is failing women, with Indigenous women and women with chronic conditions facing the greatest barriers to services, a report says.

The grim diagnosis comes from the B.C. Women’s Health Foundation. It’s 12-page report, entitled In Her Words,  was released Wednesday in partnership with Pacific Blue Cross.

The report says 31 per cent of the 1,000 women interviewed said their needs are not being met by the health care system. That jumps to 54 per cent among women under 45, to 58 per cent for women with chronic conditions, and to 60 per cent for Indigenous women.

Just over half of all women, 51 per cent, said they felt a physician had diminished their symptoms, regardless of the physician’s gender.

The findings come as no surprise to Kristal Barrett Stuart, an Abbotsford mother who went to her physician in 2015 with a bull’s-eye rash on her collarbone. She knew bull’s-eye rash was a symptom of Lyme disease, an illness spread by black-legged or deer ticks.

“I went to my doctor with concerns and to ask for antibiotics. She said no, we don’t have Lyme disease here in B.C.”

Barrett Stuart went home with no further followup. “I trusted my doctor,” she said.

Her symptoms worsened and within six months Barrett Stuart’s body was under siege.

“I kept going to emergency with random things that came out of nowhere.” Barrett Stuart had night-sweats, paralysis, and numbness throughout the right side of her body. She had a miscarriage, couldn’t swallow due to throat swelling and had vertigo.

“I returned to my family doctor, but she said it was all in my head. She kept saying it was anxiety.”

She sought second and third opinions. “I had to explain, I felt like I was dying and nobody was listening.”

She finally turned to a naturopath who said her symptoms sounded like Lyme disease.

Barrett Stuart finally received a diagnosis of chronic Lyme disease through a clinic in Germany. She eventually had a stem-cell transplant in California.

Barrett Stuart is now recovering, but experienced depression, which she believes was brought on by not being believed.

Her family physician has apologized.

“We’ve seen research that women see on average five to seven providers over three to five years before they receive an accurate diagnosis,” said Brotto. “The report illustrated in a numeric form with a representative sample of B.C. women what we hear clinically: Women feel misunderstood, misdiagnosed, diagnosed too late, over-pathologized with certain conditions such as chronic pain.”

Genesa Greening, CEO of the B.C. Women’s Health Foundation, said the foundation commissioned the report, the first of its kind in Canada, to better understand how women experience the health care system and to push for change.

“Mounting evidence has shown that women experience disproportionate health outcomes but there was no report that clearly articulated how women experience the health care system,” said Greening.

Brotto said there has been “a very long-standing bias in research that negatively impacts women. It’s only been in the last 15 to 19 years that women are routinely included in trials.”

Brotto said, “We see the outcomes of that in heath care. The No. 1 killer of women is heart disease and women present very differently than men do. Data suggests that if women received the same treatment that men do, we would not see nearly the number of deaths among women from heart attacks.”

“Research,” said Greening, “is the most impactful way to shift and change attitudes toward women and their health care needs.”

Brotto said less than eight per cent of all grants by Canada’s health agencies goes to women’s health topics. And women’s health research projects tend to get fewer dollars and are supported for shorter periods of time.

“Sex and gender needs to be considered, and it’s a benefit to everyone, not just to women.”

Greening said women are more likely to carry societal burdens such as pay inequity, gender-based violence, running single-parent households and poverty. “Those impact our health and need to be considered in research and also in health care delivery.”

Greening said one of the solutions is to increase funding dedicated to women’s health research. She hopes the study will lead to conversations among health care providers, funding agencies, governments, researchers, academics and educators, and lead to policy changes.

“The health of women has a direct bearing on the health of our society regardless of their status as mother or not. We should all care about women’s health,” Brotto said

The survey included 1,000 women across B.C. and the results were weighted using Statistics Canada census data.