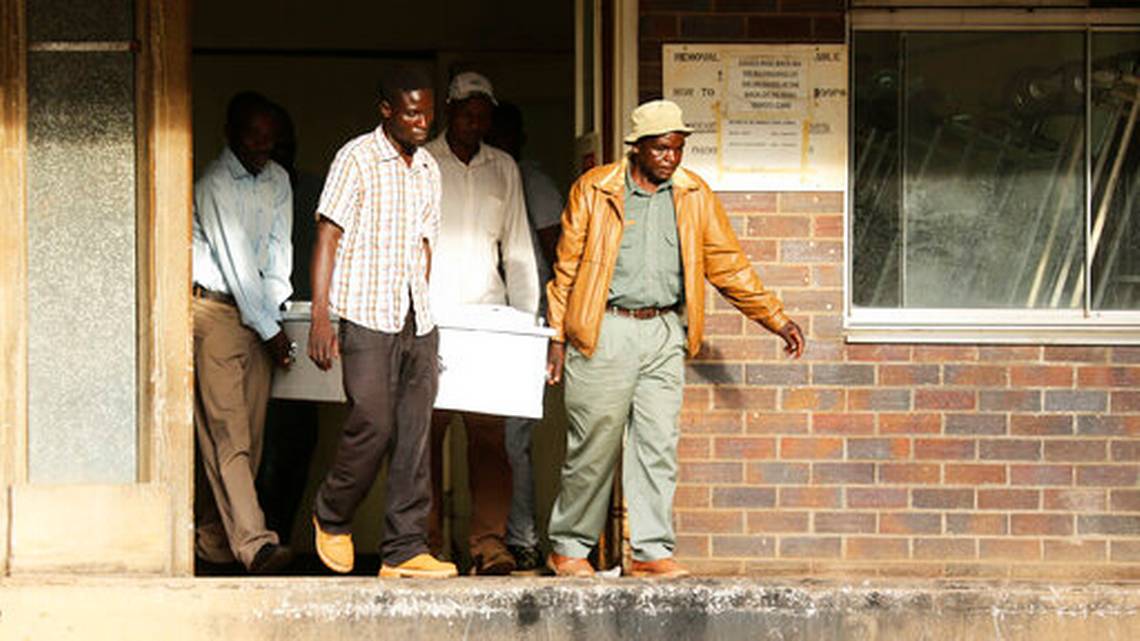 A doctors’ strike in Zimbabwe has crippled a health system that was already in intensive care from neglect. It mirrors the state of affairs in a country that was full of promise a year ago with the departure of longtime leader Robert Mugabe but now faces economic collapse.

“It’s so sad. The hospitals are empty, the patients are being turned away to die somewhere else,” said Prince Butau, treasurer of the Zimbabwe Hospital Doctors Association, which represents about 1,000 doctors who anchor government hospitals.

A new president’s promises of change have turned out to be empty.

Mnangagwa and others in the country’s political and economic elite receive medical care mainly in neighboring South Africa, while Mugabe frequently visits Singapore for treatment.

At home, everyday Zimbabweans seeking health care have had to bring their own drugs, syringes, bandages and, at times, water.

Government hospitals were paralyzed by the five-week doctors’ strike that “begrudgingly” sputtered to an end on Thursday with no resolution for their demands. The end brings no improvement in conditions.

In November, the Zimbabwe Medical Association, which represents health workers, warned that patients were “relapsing” and “deteriorating” while operations were being cancelled due to shortages of medicines.

Without adequate gloves, doctors sometimes use their bare hands while masks and goggles are nonexistent, he said. “We are exposed to fluids, blood spillage, HIV and hepatitis B.”

He has seen rope used in place of bandages. “We cannot keep on doing that,” he said.

One of the striking doctors, Wallace Hlambelo, described using everyday plastic bags with catheters for some elderly patients. “What we were doing was not to treat patients. Patients feel you have done something but you would have done nothing. That’s not medicine,” he said.

Early this month, Mnangagwa cut short his annual leave to help resolve the doctors’ strike. The problem may widen after the Apex Council, which represents all government workers, on Tuesday gave notice to strike if Zimbabwe’s government fails to pay salaries in U.S. dollars.

The government has said it cannot afford to pay in dollars, which is Zimbabwe’s de facto currency. Many government workers are paid in quickly devaluing electronic money instead, forcing them to tap the black market at risk of arrest.

At government hospitals, the situation has been desperate.

At Parirenyatwa Hospital, the largest in Zimbabwe, the usually busy corridors were silent when The Associated Press visited on Monday. In the pediatric section, beds were empty while other wards were barely occupied as the hospital, like others, only accepted the direst of cases.

Patients began to trickle in after some doctors returned, but on the day the strike ended one family at Parirenyatwa said they were collecting the body of their son and blamed his death on the strike. They carried his coffin out to a waiting truck.

Poor funding is a major cause of the health system’s collapse, said Itai Rusike, director of Community Working Group on Health, a non-governmental organization.

Zimbabwe’s finance minister has allocated $694 million for the health sector in 2019 against an annual need of $1.3 billion. To return the sector to its former glory days, the health ministry said it needs about $8 billion, which is the entire government budget for 2019.

The burden falls on impoverished patients.

“The hospital has nothing but we are running out of money because the pharmacies are demanding U.S. dollars,” said Nobert Nzonzo, who accompanied his 77-year-old father for dialysis at Parirenyatwa Hospital.

At times, they have spent an entire day without being helped due to machine breakdowns while the doctors’ strike means his father could not be checked for catheter-associated infections, Nzonzo said.

Doctors who are unable to afford private medical care have faced the same plight as patients.

“It means I have to talk to other doctors to help me, to treat me for free,” said Hlambelo, the striking doctor. The 26-year-old comes from a poor family and had hoped that becoming a doctor would pull his family out of poverty.

Zimbabwe’s health sector is “precarious,” several prominent local non-governmental organizations said in a joint statement early this month. They said the government is “responsible and liable for the depressing situation” at state-run hospitals “and any attendant loss of life.” Doctors and officials said they don’t track such deaths.

“The challenges are huge but not insurmountable,” he said on Tuesday. “Already we have begun buying medicines, protective clothing and other essentials. It will come right.” The government has pledged to improve the supply of medicines and other items.

But for some, the government is hardly doing the bare minimum.