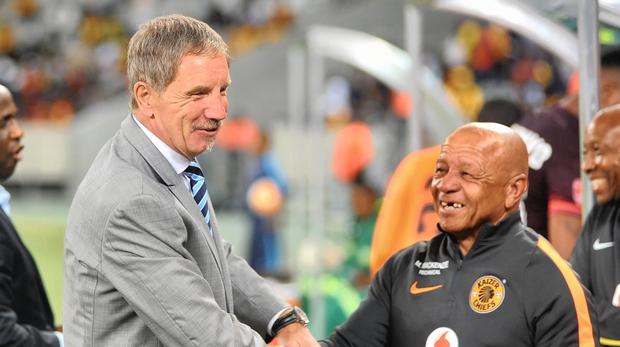 DURBAN – Stuart Baxter’s next coaching job is likely to be in the highly-lucrative Saudi Arabian league or in China after his expected resignation from his post as Bafana Bafana coach today.

There is also talk of a possible return to SuperSport United, although Matsatsantsa have rubbished those suggestions.

Baxter has called a press conference for today and his employers, Safa, with whom he still has a contract for the next three years are not party to it. The coach will instead address the conference with his agent Steven Kapuleschnik.

Independent Media has learnt from two separate sources – on condition of anonymity – that the former Kaizer Chiefs coach has received offers to coach in Saudi Arabia and China.

“Baxter told me after Afcon (Africa Cup of Nations where he surprisingly led Bafana to the quarter-finals) that he has offers from China and Saudi Arabia. He was still considering those options. That’s why he has taken the decision to leave Bafana because he knows he has offers abroad. There are (local) players he would like to take with him. That’s what he told me,” one source revealed.

Another source said: “Stuart has a very interesting offer from China. That’s what he told me in a private conversation. But I know he is very professional. He will want to end off his tenure at Bafana in the right manner before he can think about his next move. I am sure you also know that Kaizer Chiefs were also interested in Stuart, but that was before Afcon.”

There has been talk that even after taking over the national post for a second stint that Baxter has remained close to SuperSport and that it will not be surprising if he went back to Matsatsantsa. But SuperSport boss Stan Matthews said that was a fantasy

“Obviously I’m still (in) contact with Stuart, but from our point nothing has ever been discussed. Whatever is going to happen between him and Bafana is his business, but he is not coming to Supersport United. We don’t want to be linked to Stuart because it is disrespectful to Kaitano Tembo. We are happy with Kaitano and we are not looking for a new coach.”

It is Safa who will be looking for a new coach should Baxter call it quits prematurely as expected.

Who the association replaces him with though is anyone’s guess. But given how foreign coaches have let Bafana down, Safa will probably be well served going down the local route – with Gavin Hunt and even possibly Benni McCarthy good options.