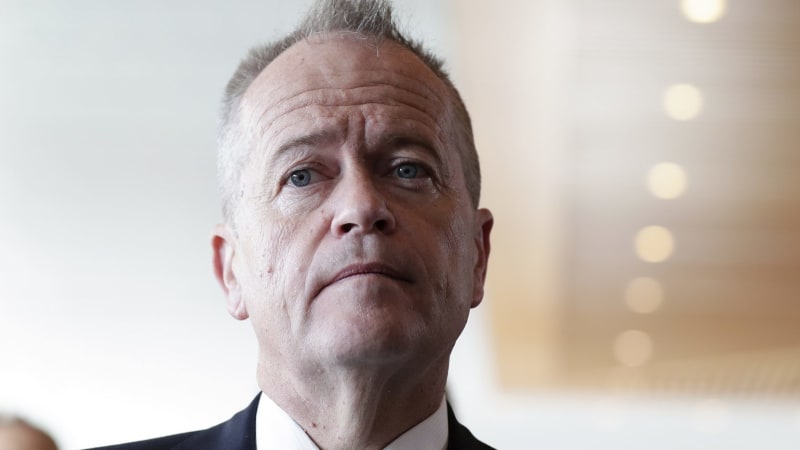 At the same time, Labor’s policies on asylum seekers also created the basis for the Coalition’s politically potent promise in the 2013 election campaign it alone could “stop the boats” – with none other than Scott Morrison selected as the minister to ensure this happened.

Courtesy of the medivac bill passing the House and Senate with the support of Labor and crossbenchers, Prime Minister Morrison is now seizing on that same issue and history to hammer Labor hard for the 2019 campaign. The Coalition is betting community antagonism to a potential influx of boats hasn’t changed, arguing this is exactly what Labor’s policy will once again produce. Ordering the reopening of the Christmas Island detention centre is designed to reinforce that.

Labor is instead hoping the Coalition’s very success in stopping the people-smuggling trade has reduced the political potency of the issue, particularly when they can tell voters the new bill strictly limits the application to 1000 people who have already spent several miserable years in limbo on Manus and Nauru. It’s still a risk for Labor – reflected in the absence of Opposition questions on it in Parliament – and the Coalition is determined to exploit it.

Emotive arguments from both sides about who’s right will dominate much of the political debate through to the election as well as the Coalition’s precarious control of Parliament.

But another emotive issue that will run though the election will be the focus on the future of coal mining and coal-fired power in Australia. Gillard’s embrace of a carbon tax may have been an electoral loser but promising emissions reductions and more renewables is clearly not. The internal combustion over energy wars in the Liberal Party – really about the extent of the Coalition’s support for more coal-fired power – reflect the confusion.

Yet under the daily political dramas, what hasn’t changed is the importance of the mining industry to the Australian economy – and to politics. It is not just that resources are responsible for almost two-thirds of the value of all Australia’s exports.

Recently improved prices for both iron ore and coal are propelling the budget to earlier than expected surplus and allowing the government to proclaim its superior economic management. That includes funding the ability of both sides to offer more dollars and services to aggrieved voters.

But there’s clear concern in the mining industry that the growing reach of the anti-coal movement in the Australian community – and among many in Labor – will thwart Australia’s ability to meet growing demand for both thermal and metallurgical coal, especially in the Asia Pacific. Coal overtook iron ore as Australia’s most valuable export last year.

Even the Minerals Council board was riven by its own energy wars, with the forced exit of former CEO Brendan Pearson in 2017, in part due to BHP’s belief he was too aggressive in pushing more coal-fired power stations given sensitivities.

The mining industry is trying hard to sell the message of sustainable development, environmental protections and shared community benefits better. A new ad campaign this week focuses on effective mine rehabilitation and how mining and farming work together.

But concerns about the increasing restraints on coal weren’t helped by a landmark judgment last week in the NSW Land and Environment Court, rejecting a new metallurgical coal mine near Gloucester in the Hunter Valley. Chief Judge Brian Preston cited the contribution to climate change as one of the key reasons to refuse Rocky Hill’s application.

There were plenty of other reasons cited for the rejections but the industry is alarmed the judicial inclusion of the impact on climate change posed by a single mine could create a precedent. It will also legally undercut the usual argument that less high quality coal will be mined elsewhere – if not Australia – given the continually growing level of Asian demand.

The politics of this aren’t going to get any easier no matter who wins the election.