Bitten by the digital entertainment bug? 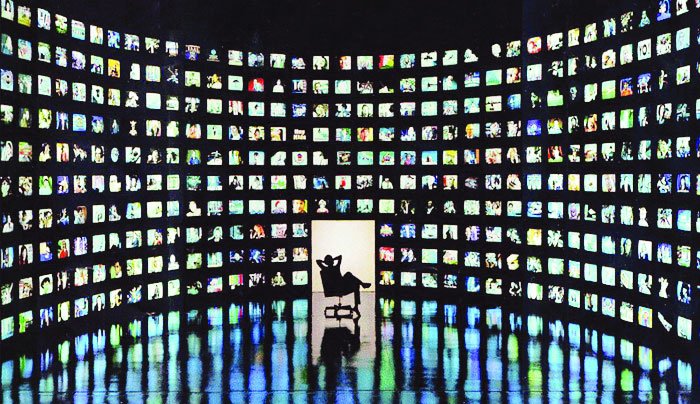 Entertainment has a new barrier and it’s not just controlled by money. The emphasis is on subscription to gain access to a digital fraternity, writes Tejasvini Akhawat

What could be worse than being a couch potato? Perhaps, a chair worm or a bed bug. And the bug’s bite — in this case, the digital entertainment bug — might be more dangerous. At this new turn of events, the soft power supremacy and dominance of the Western world steered by the US remains intact with yet another stroke in the form of digital media entertainment. The injection and massive upheaval in the name of subscriptions to Netflix, Amazon Prime, and many more have roped mega Bollywood stars, television celebrities, and gigantic Indian production houses into this rage that has spread in less than a year. This venturing has not spared even the telecom companies to promote the introduction of digital entertainment as if their primary responsibility of providing uninterrupted network and call facilities is not sufficient.

The concept of prime web series claiming to be content-driven is most certainly a copied scenario. However, what has drastically changed is the fact that many of them are only available on limited websites and cannot be watched differently. If the idea is to provide entertainment, then why not choose the mediums that have typically served the interests of the Indian audience even with the advent of technology that has improved their status as well? Entertainment has a new barrier and it is not just controlled by money (at least on the face of it) because it is available at affordable rates. Rather, the stress is on the valuable subscription by becoming a part of certain franchise or digital fraternity in order to gain access to them.

The labelling of ‘only and only available’ on these digital platforms is the major irritant. The stars whose performances otherwise are much awaited in cinemas and on television have now become ‘exclusive’ to the monitorship by the American arenas. Does it mean that their work is not worthy of television, that has in the past proved its mettle with its reach to the remotest areas of the country or the cinemas that contain the charm of glaring silver screens? Is their work over and above these mediums that have till now not only gained them fame and success, but emerged as a two-way street for the entertained audience as well?

Somehow these digital entertainment dais have also managed to convey that their content is much more serious, relevant, entertaining and sensible than what have been watched till now. This demeaning of other forums, which are equally and probably more important mainly because of their accessibility, is unacceptable. And if this is the case, then what is the harm in launching them to the television medium  that has strengthened its core in Indian households, after all? The problem lies in the belief of their superiority and the target audience that is the urban educated adults who wish to distinguish themselves from the masses by following the trends in the West.

With the coming of digital TV, all one requires is a personal computer/laptop and connection to the Internet with various offers flooding the market that somehow look different, although in reality are one and the same, and a monthly or better still yearly subscription with incentives for the first month(s). And our eyes, that were still maintaining a safe distance with the TV or the theatre screen, now have to submit to the half-foot gap of the personal paraphernalia displays. And what is with the whole idea of English subtitles for productions that are Indian anyway, unless they are made to cater to foreign audience? Surely India has multiple languages, however, the viewers have managed to watch whatever they wanted in its indigenous form. And no, it is not about the whole Hindi and pan-India debate. Let’s not give it that twist. Even the regional content has it. I would not doubt the comprehension capabilities of Indians who are naturally multilingually talented unlike, say, Americans. And if an individual is unable to understand that supposedly self-proclaimed content-oriented drama and series, which is a rebuttal from the daily soaps or slapstick comedy films, then the attempt to refine the taste serves no purpose. It is much better if it would be left unconsumed because it is only leading to attainment of half knowledge, which is way more dangerous than ignorance.

While the homo sapiens were still trying to figure out the solution for being a stuck-up couch potato, the problem has been left at the status quo and a new scheme has been invented that is worse than the predecessor. At least with TV and movies, families and companions would sit together to watch over food and chat. The homely atmosphere was maintained despite the issue of laziness. However, now with the laptop in a corner, a blanket and some junk eatables, this platform is creating an environment where an individual has no tab of time, late nights are frequent with increasing munching of garbage food and most of all, the solo melancholy voice within, which is trying to escape and disconnect from the ruthless competitiveness and insecurities of the outer reality world. The sound of the laptop with headsets on is adversely affecting individuals on a double front. And not to mention the health hazards that come absolutely free, beginning with the first-month free subscription!

Entertainment is not bad. In fact, it is meant to refresh a person from the usual lifestyle and bring an array of options to choose from a wide network that suits each individual’s mood. Similarly, these digital subscriptions are also not anti-norms and very much in sync with the digitalised world. The problem starts when one does not possess the freedom to watch them without certain pre-requisites and the options are made mandatory in nature. Nothing is over and above the human freedom and whether we continue to believe that it is serving us and is meant for our pleasure and entertainment, I beg to differ. The duress it creates, let alone the discrete loneliness and harmful health impacts, is what troubles the human will.

I pity the companies that have no slots for advertisements of their various products these days. Looks like all the hatred for interrupting while watching our favourite shows or movies from the last two decades has put a curse on them. Because all I see whenever an ad pops up is the promotion and information of one or the other series on these platforms when we can’t even see them on TV. So while their popularisation is taking place on television, the availability is not! It is not about how easy it is to get the subscription, but the coerciveness that is coming along and the economics that prevails behind them for the Western world. While proving its hegemony yet again, the US has mastered the art of making Indians unhealthy and lazy all over again, thereby reducing our productivity and, most importantly, individuality.

The views expressed are the writer’s own