Book Buzz: Reviews of ‘The Siberian Dilemma’ and ‘The Water Dancer’ | Books and Literature 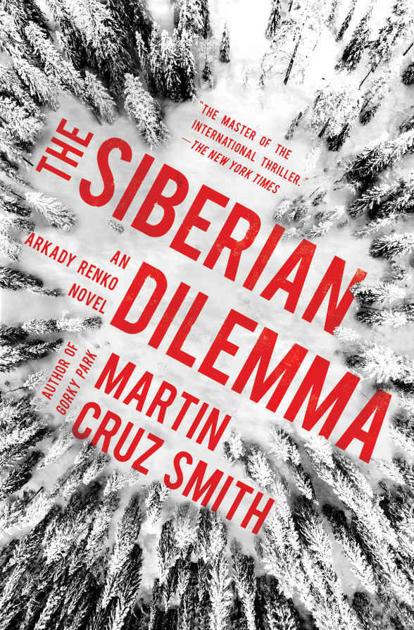 Arkady Renko, Martin Cruz Smith’s iconic Russian detective, is back for a ninth outing in “The Siberian Dilemma,” a brilliant take on the Russian hinterlands, the inescapability of Vladimir Putin, and ultimately the Russian soul.

Renko has decamped to Irkutsk, dispatched by Prosecutor Zurin, his slimy superior, to interview a Chechen about an attempted assassination, but Renko is anxious to go for his own reasons: His journalist girlfriend Tatiana is in Siberia writing an article on Mikhail Kuznetsov, an oligarch and presidential candidate, and she is not returning his or her editor’s calls. When Renko finds Tatiana, he also finds Bolot, a factotum for hire, dueling oligarchs who against all odds seem to be friends, and a variety of other fascinating and fully formed characters who enrich the story and fill it with drama and mordant good humor. And there are bears.

For all the excitement and danger in this novel, the people and the landscape are the most memorable parts of a very fine story. “The Siberian Dilemma” is a deeply satisfying book whether or not one has read the other books in the series, but if you would like to begin at the beginning, that would be with “Gorky Park,” an instant crime classic and international bestseller.

Ta-Nehisi Coates has written, among other things, a Pulitzer Prize-winning book-length essay, “Between the World and Me,” and Black Panther comics and graphic novels. “The Water Dancer” is his first novel, and it’s a corker.

Hiram Walker is a slave on the Lockless Plantation. His mother was sold away when he was very young by his white father, the plantation’s owner. He has unusual gifts of cognition and memory, but can’t recall his mother until he sees her one night in a blue mist on a bridge over the Goose River. The carriage he is riding in goes into the water but he inexplicably finds himself on the river bank, saved by a new and extraordinary gift: “conduction.”

As Hiram makes his way through a difficult life on the path to finally knowing how to use his gifts to save his people, he — and we — meet a number of memorable, fully fleshed characters: Thena, who takes him in when there is no one else, though she has already lost her own five children to “the coffin” of the deep South; Sophia, his one true love; a multitude of black and white conductors on the Underground Railroad; and then Moses herself, Harriet Tubman, whose own ability of conduction helps Hiram learn to use his.

“The Water Dancer” is rich in language and lore, and a deep humanity which rises above the terrible relationship of the Quality to the Tasked. An extraordinary book, not to be missed.