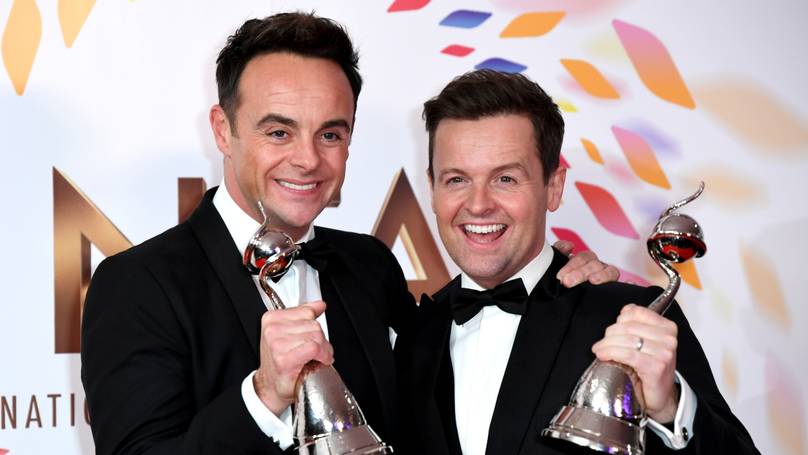 Every celeb has to work on their ‘gracious loser’ face, but it seems Bradley Walsh might need a little bit more practice.

Bradley, 59, was also nominated for The Chase but it was Ant and Dec’s I’m a Celebrity… Get Me Out of Here! that took home the gong.

Also nominated for the award was The Graham Norton Show and RuPaul’s Drag Race. But when the camas panned to the losers, Bradley could be seen grimacing and muttering under his breath as he shook his head in disapproval.

The camera then turned to Holly Willoughby and Phillip Schofield – who won the Live Magazine Show award for This Morning – and the pair could be seen in hysterics at Bradley’s reaction.

Holly and Phil had lost out to Ant and Dec earlier in the night, as the pair scooped the Best Presenter award, which the This Morning duo had also been nominated for individually.

Fans on Twitter couldn’t get enough of Bradley’s reaction, with one tweeting: “This is absolutely hilarious #BradleyWalsh expression on his face when @antanddec won. You should be more gracious in defeat Bradley.”

Meanwhile, others called for the actor to actually present next year’s NTAs, with one calling him “hilariously brilliant”.

Ant and Dec were clearly delighted with their double win. Last year’s I’m a Celeb was Ant’s first following his year off from the show.

Holly Willoughby stood in for the 44-year-old following a drink driving incident that took place in 2018.

Other winners from last night’s 25th NTAs included David Walliams, who scooped Best TV Judge as well as The Great British Bake Off which won for Best Challenge Show.