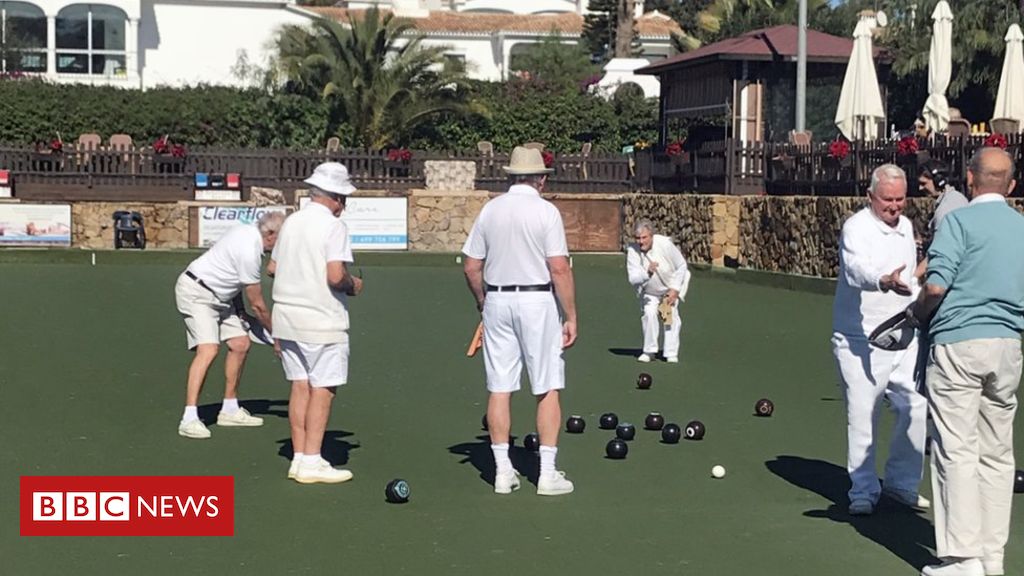 British nationals who have retired to EU countries may no longer have their healthcare costs covered by the NHS in the event of a no-deal Brexit and many are considering returning home, reports Vishala Sri-Pathma.

The British love affair with Spain dates back to the 1970s when package holidays first became popular. Since then they’ve visited in their millions, with many even taking the leap to move from Britain to make Spain their home.

There are 300,000 British-born migrants living in the country. For many of them the appeal is clear. During the years when the pound fared well against the euro, their money went a lot further in Europe than it did in the UK.

Along with the 300 days of sunshine in large parts of the Spain, the decision to move has been an easy one for many Brits.

“We love the Spanish way of life, bowls in the morning followed by a long lunch,” Sue Davis tells me after playing a match at the Benavista Bowls Club in Estepona on Spain’s Costa del Sol. Originally from Kent, she moved out to Marbella to retire 13 years ago and voted remain in 2016.

Sue is not alone in her pursuit of the Spanish retirement dream. There are about 70,000 British pensioners in Spain, many of them living on this part of the coast. They enjoy a sun-filled lifestyle in seaside towns, with breakfast menus featuring fry-ups instead of tortillas – and no Spanish required.

But uncertainty over what Brexit will mean for them now threatens their way of life and many are concerned they might have to return to cold, damp Britain.

Their main worry is healthcare payments. Currently pensioners can get treatment reimbursed by the National Health Service in Britain under an EU-wide set of reciprocal arrangements.

Pensioners who have paid in to the UK’s national insurance system for the qualifying number of years benefit from the S1 reciprocal healthcare rules if they retire in EU/EEA countries or Switzerland.

A S1 certificate is available to anyone in receipt of a state pension, and to some workers who are sent overseas on a temporary basis by their UK employers.

The system currently saves the NHS about £450m a year. In 2017, a senior health department official told a parliamentary select committee that Spain charges an average of £2,300 for every pensioner it treats, compared with £4,500 charged by the NHS.

Yet there are no guarantees that this arrangement will continue under the Prime Minister Theresa May’s proposals to protect the rights of EU citizens, including the 1.2 million Britons living elsewhere in the EU.

London has said the S1 certificate may no longer be valid after 29 March 2019 – depending on what other countries decide to do in the event of a no-deal Brexit.

The UK government is currently advising expat Brits in the EU to register for access to healthcare in the EU/EEA country they live in, as some residents may need to be a long-term resident or to pay social security contributions to access free or discounted healthcare.

If you are in the process of applying for residency in an EU/EEA country, the UK advice is to take out separate health insurance.

“We have no idea about what is going on. I feel like I’ve been disenfranchised for 30 years from the UK, the time I’ve lived away.

“I wasn’t even allowed to vote in the referendum. If we don’t get that healthcare payment lots of us will have to go home.”

Another blow to the British in Spain has been the falling value of the pound. “It’s (Brexit) costing me great amounts of money in my pocket,” one bowler says as he lines up the balls for the next game. “I’d like to sees the exchange rate to go back to what it was six years ago – but that’s wishful thinking.”

There are some fears about pension payments as well. Under Spanish law, citizens cannot hold dual citizenship. Some pensioners worry this might mean they’ll lose their right to a British pension and subsequently not see the benefits of decades of national insurance contributions.

Yvonne Stone, 62, is one of the younger members of the club and tells me she voted for Brexit: “I’ve been here for three years and have no plans to go back to the UK – but it will depend on what happens.

“When I voted to leave I didn’t think it would change anything for my rights to live here. We like it here and we don’t want to go back but if I don’t get my pension we might not have a choice.”

Spain’s Prime Minister Pedro Sanchez has said he wants to secure all rights for British citizens in Spain regardless of what happens. London and Madrid have already signed a deal ensuring voting and working rights for respective migrants – but healthcare is not mentioned in this agreement.

Until further agreements are reached between the UK and individual EU member states, the UK is advising people to follow this latest guidance to ensure they are fully prepared for any unexpected healthcare requirements in the event of a no-deal Brexit.