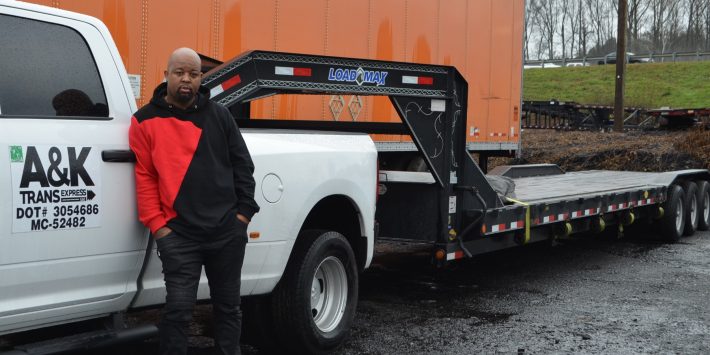 When we think about flood victims we probably think about people who have water in their basements, overflowing sewers, and damaged furniture.

But the people most vulnerable to all this water don’t have a home at all.

England Park is home to many members of Nashville’s homeless community.

When the storm clears, and the flooding recedes, the West Nashville park is peaceful, and pleasant.

But during a storm the waters are swift and violent.

“I would sleep with a knife at night, so if flash flooding did come I could cut my tent to get away and not die,” said Abby McGehee.

McGehee lost her job, then her car, then her home, then her 7-year-old son all in the last 18 months.

“It’s easy to lose everything and it’s really hard to get it back,” McGehee said.

But she’s grateful. What most would consider the humblest of abodes, Abby is calling a God-send.

After living in the woods along Richland Creek for months, a truck is where she’s laid her head since February 6th, the night torrential rain washed away her campsite.

“I could get dry, I can stay warm tonight, I have a safe, dry, warm place,” she explains.

Rigoberto Lopez owns a trucking business and had a break in his schedule, so he put his semi to work in a different way.

Originally from Honduras, he knows what it’s like to have nothing, and saw a kindred spirit in Abby, a longtime West Nashville neighbor, he had never met.

“This country opened its arms to me, I try to help a little bit, it breaks my heart to see people living like that,” says Lopez.

“He showed me that the people who judge me, look down on me… not everyone is like that,” says McGehee. “It makes you feel like a human again.”

To Lopez, giving a member of his fleet is better than nothing. But to Abby, it’s everything.

Abby is looking for a new shelter from the storm, as Lopez will need his truck back this weekend.

But she’s feeling so blessed to be staying there during this long stretch of rain.