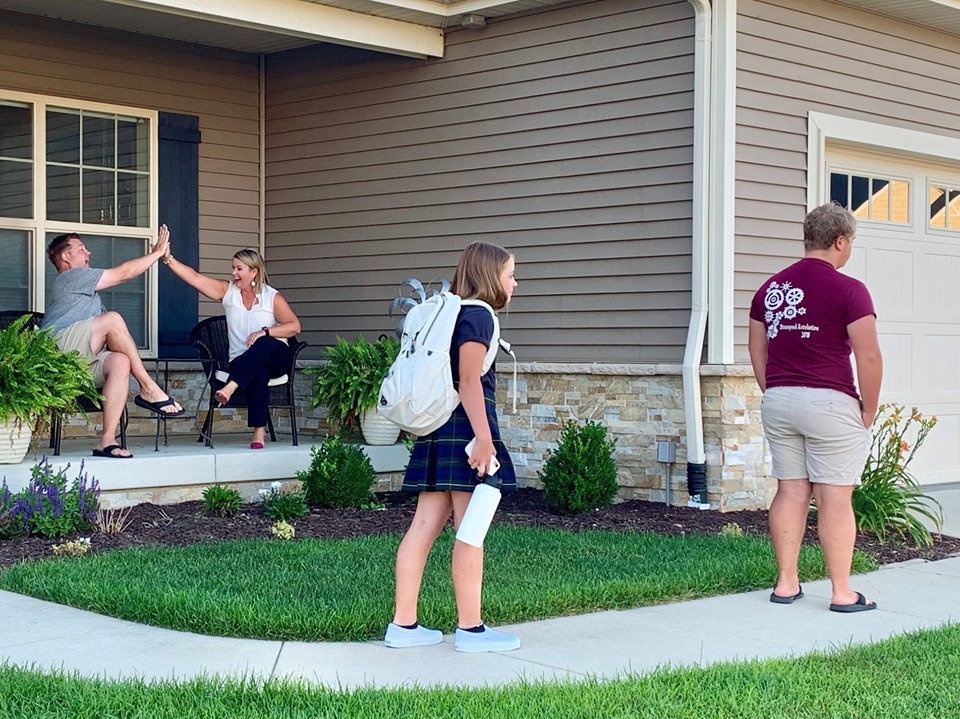 Going Back to School with a Sense of Humor

It’s an annual rite, augmented in the age of social media: the first day of school photo shoot, captured perfectly (or not so perfectly as the case may be) for posterity. Not surprisingly, Instagram and Facebook feeds were full of  back to school smiles.

But it’s not just kids that are fair game for first day of school photos: grownups are also getting into the act these days, and Champaign-Urbana parents are no different.

For Champaign mom Danielle Wilberg and her husband, Rick, staging a “non-traditional” back-to-school photo has become an annual tradition. Their kids, Murphy and Ricky, are willing participants.

A neighbor took this year’s photo, below, which appeared with the caption: “Just when I thought back to school time couldn’t get any sweeter -we realized the first kid now drives the second kid!” #backtoschool #getgoing

“Our non-traditional photos started when I felt like the only mother happy that the kids were going back to school,” said Wilberg, who has one child in middle school and the oldest in high school. “We decided to make a joke out of it and it became “a thing.” I still rejoice in the kids’ excitement to take the next step and that is what the funny part is all about – being excited for the kids’ next steps!”

Urbana dad John Farney (far left) and his pals Jonathan Velchek and Garrett Anderson, they had one rule for this photo: no moms. (In jest, they didn’t let one of their mom friends – they all serve together as room parents – in the photo).

“The story behind the photo is that we all have kids in the same class at Holy Cross – fifth grade this year,” he wrote. “The tradition at HC is for students (and parents) to gather on the blacktop before school and we say the Pledge of Allegiance. Garrett, Jonathan and I are there virtually every day – hot, cold, snow, we’re always there. We’ve actually taken a first day and last day photo for several years now.”

One of our favorite back-to-school photos is of Champaign Police Department’s Stephen Vogel, the school resource officer at Centennial High School, complete with chalk board.

The crew from the Waldhoff-Gard Team at Keller Williams Realty – Champaign had their own take on back to school — but with a dose of reality: it’s time to get back to work. 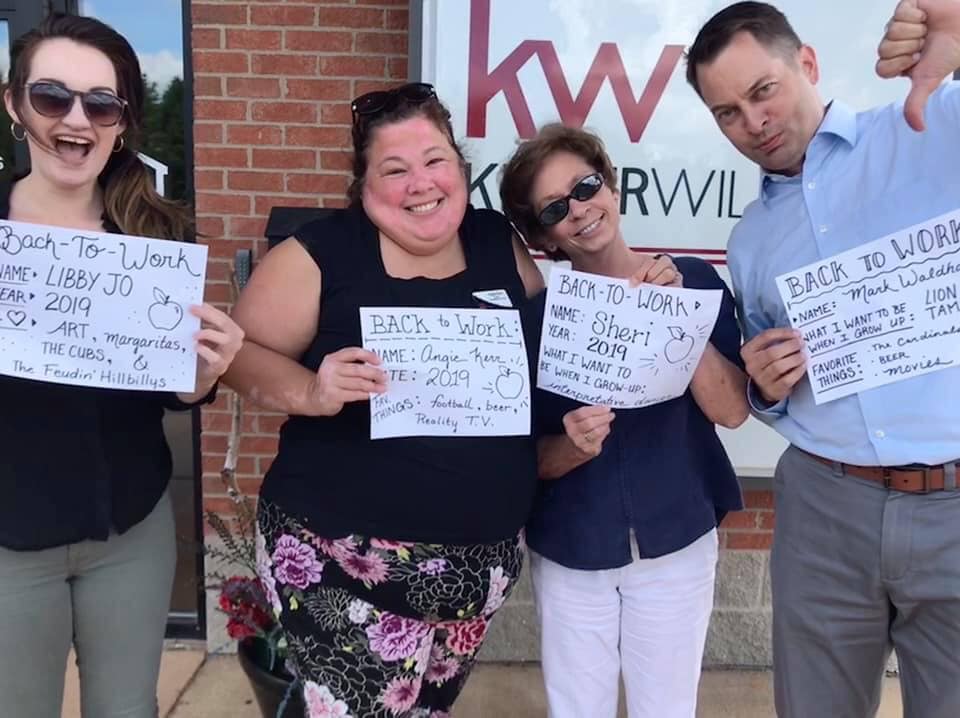 Want to add your funny back to school photo to this article? Contact editor@chambanamoms.com.