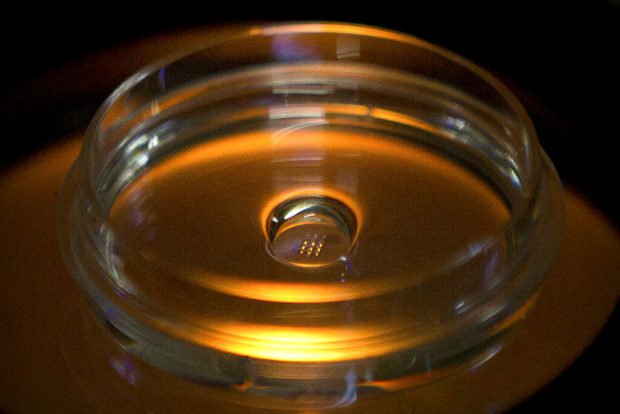 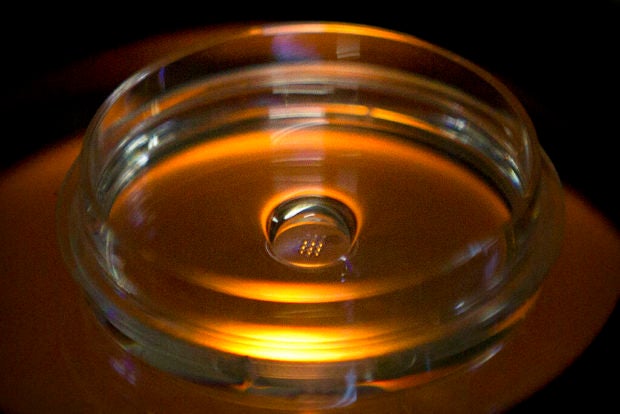 FILE – In this Oct. 9, 2018, file photo, a microplate containing embryos that have been injected with Cas9 protein and PCSK9 sgRNA is seen in a laboratory in Shenzhen in southern China’s Guangdong province. A Chinese investigation says Chinese scientist He Jiankui, behind the reported birth of two babies whose genes had been edited in hopes of making them resistant to the AIDS virus, acted on his own and will be punished for any violations of the law. (AP Photo/Mark Schiefelbein, File)

Chinese authorities appear to have confirmed a scientist’s unpublished claim that he helped make the world’s first gene-edited babies and that a second pregnancy is underway, and say he could face consequences for his work.

China’s official Xinhua News Agency said Monday that investigators in Guangdong province determined that the scientist, He Jiankui (HUH JEEN-qway), evaded supervision of his work and violated research norms because he wanted to be famous. The report said He acted alone and will be punished for any violations of the law, although it didn’t say which regulations he may have broken.

The scientist stunned the world in November by claiming that he had altered the DNA of twin girls at conception to try to help them resist infection with the AIDS virus. He’s work has been widely criticized as unethical because of questions about whether the participants truly understood the risks. It is also considered medically dangerous because of possible harm to other genes and the DNA changes can be passed to future generations.

There has been no independent verification of his claim, first reported by The Associated Press, and it has not yet been published, although He gave details at an international gene editing conference in Hong Kong. Some have even speculated that it could be a hoax.

But the Chinese investigation appears to confirm it.

The Xinhua report says the twins and those involved in the second pregnancy will remain under medical observation with regular visits supervised by government health departments.

“It does sound like they have confirmed the existence of the babies,” said Dr. Kiran Musunuru, a genetics journal editor from the University of Pennsylvania who reviewed materials He provided at the AP’s request. Given that the Chinese investigation alleged ethical lapses, He’s work might not be published by a scientific journal, but “the information needs to be made available so we know exactly what was done,” Musunuru said. “It could be as simple as putting it on the web.”

The scientist, He, could not be reached for comment. A media relations person who had been acting as He’s spokesman declined comment. It’s unclear how many edited embryos remain from He’s experiment and what will become of them.

He’s school, Southern University of Science and Technology of China in Shenzhen, and the Chinese ministries of health and science also have said they are investigating and have put a halt to his work. Gene editing for reproductive purposes is effectively banned in the U.S. and most of Europe. In China, ministerial guidelines prohibit embryo research that “violates ethical or moral principles.”

“This behavior seriously violates ethics and the integrity of scientific research, is in serious violation of relevant national regulations and creates a pernicious influence at home and abroad,” the report of the Guangdong province’s investigation said.

The statement shows that “scientific leadership is taking this situation seriously,” said Alta Charo, a University of Wisconsin bioethicist and one of the leaders of the Hong Kong conference. It’s hard to interpret without knowing who was involved in the investigation and what they did, but it “does indicate that there is a system of regulatory controls in China that can be brought to bear on any effort to prematurely use this technology,” which may be a better way to regulate it than an outright ban, she said.

Stanford bioethicist Dr. William Hurlbut said he has spoken regularly with He since the Hong Kong conference, most recently last week. Hurlbut, who said he disapproves of what He did, met with him often over the last two years to discuss gene editing and when it might be appropriate.

A week or so after the news broke of He’s work, “he was calm, he was thoughtful,” and “was thinking about what he should have done differently,” Hurlbut said.

Hurlbut said He “told me that he’s OK, that he is being treated respectfully. He spent long hours talking with people during the investigation … They asked him to voluntarily give his material to them and he did.”

There are plain-clothes guards at the university apartment where He is living, because “He and the authorities believed it was a good idea” to shield him from media and others trying to contact him, not because he’s being treated like a prisoner, Hurlbut said. /gsg

Don’t miss out on the latest news and information.