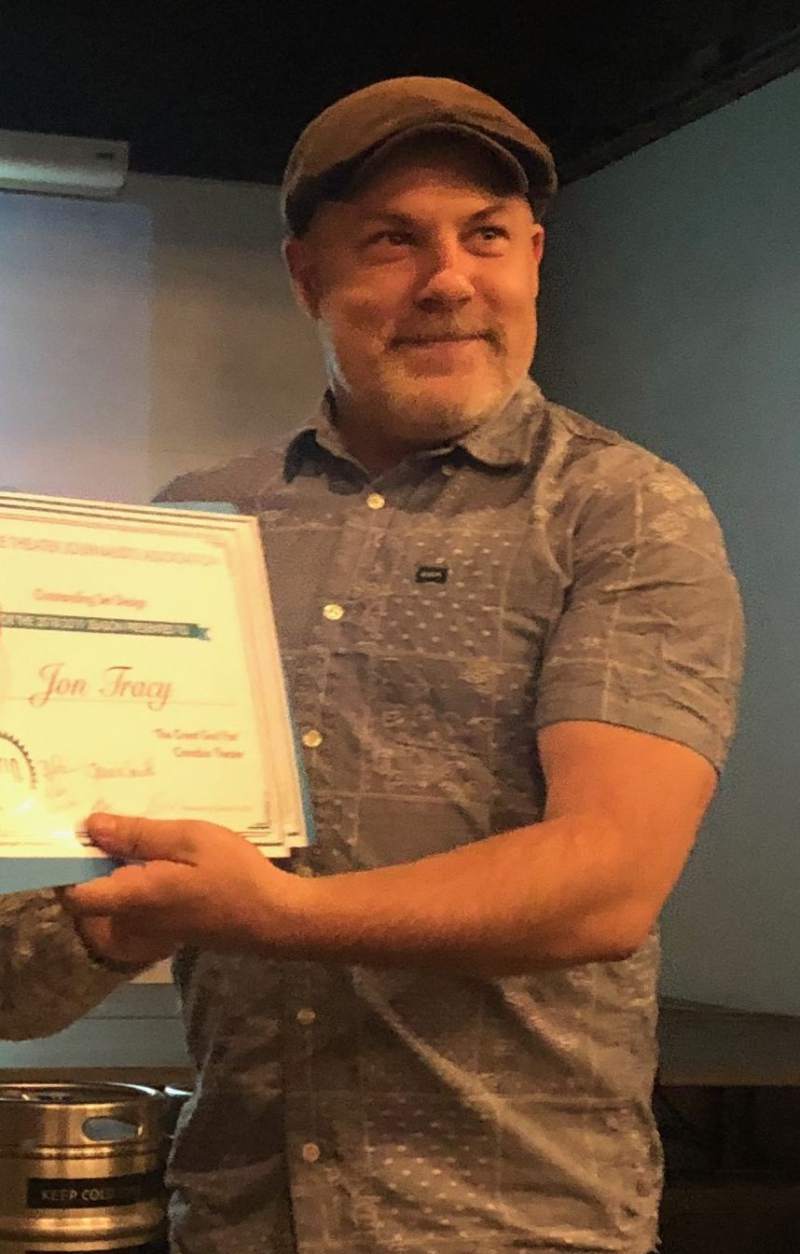 Cinnabar takes three awards at Marquee event: At Monday night’s gathering of the Sonoma County theater community, at 3 Disciples Brewery in Santa Rosa, Petaluma’s Cinnabar Theater was presented with three awards as part of the annual Marquee Theater Journalists Awards. A total of 18 awards were announced in a number of categories. Cinnabar picked up a pair of awards for its production of “Cabaret,” which won for Outstanding Musical (Elly Lichenstein, director) and Outstanding Supporting Performance in a Musical (Mary Gannon Graham). The drama “The Great God Pan” also picked up an award for Outstanding Set Design, going to Jon Tracy for his striking swinging-trees set.

Petaluma welcomes Sonoma County Library system’s Ann Hammond as part of popular “Meet the Director” series: What was formerly called “Coffee with the Director” has been retitled “Meet the Director,” and relaunched, with the new Sonoma County Library Director Ann Hammond scheduled for get-to-know-you sessions at libraries throughout the system. She’ll be visiting the Petaluma Regional Library, 100 Fairgrounds Lane, on Thursday, Oct. 31, at 10 a.m. The meeting is intended as an informal way for patrons (children included) to meet Hammond, ask questions, learn the latest library news, and make suggestions. For information, visit Sonomalibrary.org/events/programs/meet-the-director.

Washoe House plans party for 160th birthday: Petaluma’s iconic, Gold Rush-era Washoe House will be turning 160 years old this November, and plans to celebrate in style on Nov. 10, with a massive party including live music, cheese tastings, special beers and competion for prizes in something called “The Washoe Games.” The historic landmark on Stonypoint Road and Roblar Street has been operating, in one business or another, since the days when travelers could buy drinks, goods, lodging and (if the old rumors are true) certain “services” for gold dust. To mark to anniversary, country western crooner Brian Francis Baudoin and others will be performing, and Washoe House owners promise an appearance by a “surprise special guest.”

Adobe Road Winery’s downtown Petaluma location to break ground in late October: After years of planning and months of delayed anticipation, automotive racer Kevin Buckler’s Adobe Road Winery is getting ready for the next phase of construction on its new downtown tasting room, production and office site, “entertainment facility” and racecar museum. Founded in 2002, the Petaluma-based winery has big plans for its new home, to be constructed on the riverfront site of the former Bay Bridge Garage at C Street and First Street. A groundbreaking ceremony with local dignitaries is planned for Oct. 24.

(Have a good idea for a BUZZ item? Drop a line to Community Editor David Templeton at [email protected])