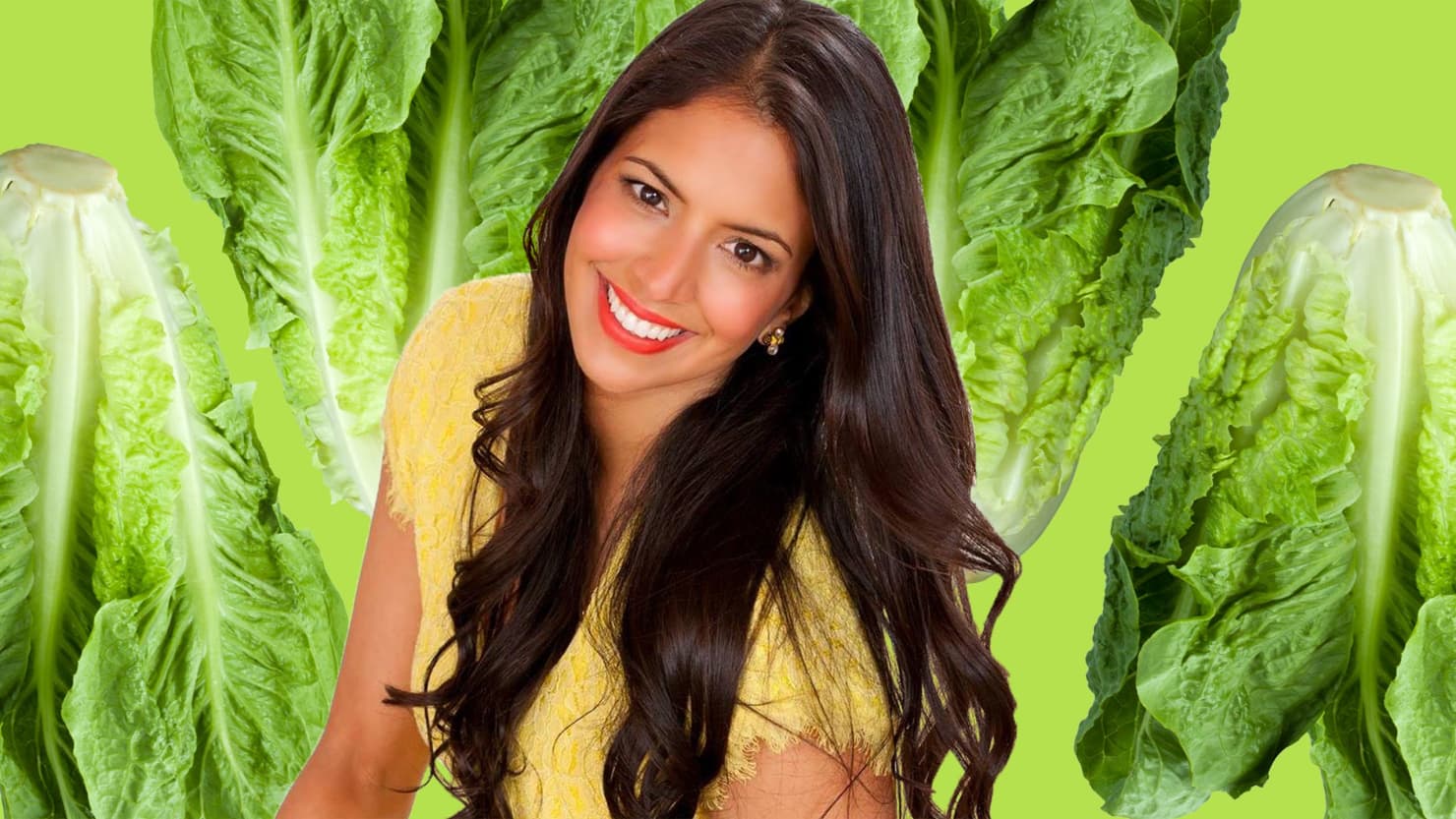 The Food and Drug Administration’s urgent warning about a romaine lettuce E. coli outbreak left many Americans wondering how the problem spread so quickly and what they could do to protect themselves.

Unfortunately, viewers who tuned into a Sunday CNN segment on the crisis—which featured a blogger who bills herself as Food Babe, instead of a scientist or doctor—got the wrong answers.

Anchor Ana Cabrera kicked things off by describing self-appointed food investigator Vani Hari as someone who has “studied where our food comes from quite a bit” before asking how the outbreak happened. .

“[W]hat’s the worst part of this situation is that we do not have a supply chain check-and-balance in place,” Hari said. “Once your romaine is grown and harvested, it has so many different touch points of contamination possible. You know, that romaine is taken to one factory to get washed. Then another factory to get banged put into different bags of lettuce and then combined with other kinds of lettuce. And every single time it gets cut or washed it touches different machinery so there’s so many different points of contamination that can happen. And if we don’t know where our food is coming from, we can’t really trust it.”

Hari’s advice? Buy whole heads of lettuce instead of the bagged or boxed types, to avoid these “touch points of contamination.”

“[W]hen I go out and I buy romaine lettuce or any type of lettuce, I avoid the bag and box lettuces and I really go for, like, the whole head of lettuce,” she said.

Cabrera asked for a clarification: “So you go for the head versus bagged, and that’s because it’s less processed?”

“Absolutely,” Hari responded, “and the touch points are definitely less. You know, one of the things that we have a problem with in this country is we have things grown in one place and processed in another … [T]hat’s why it takes so long for the CDC and other government officials to figure out where these contaminations are coming from and how to contain it without sickening more people.”

But that’s not really how the spread of foodborne illness works—and a head of lettuce isn’t any safer than a boxed or bagged version, an FDA spokesperson told The Daily Beast this week.

“It’s true that there are more points of contamination,” the spokesperson said. “But just because a whole head of lettuce is going through less steps between consumers and where it’s grown does not make it necessarily safer than a bag of chopped up lettuce.”

That’s because E. coli can contaminate lettuce in the field, making the number of touch points irrelevant in such a case. “To say the romaine that went directly to a farmer’s market from the field is safer than a bag of lettuce—that’s not true,” the spokesperson said.

Earlier this week, the FDA reached an agreement with major distributors to put labels on romaine lettuce so customers would know where their lettuce was from, helping them avoid any from the areas where the outbreak was centered.

Hari’s head vs. bag of lettuce analysis wasn’t the only thing that peeved bona fide food scientists. She also suggested that antibiotics were to blame for the outbreak.

“What’s happening is the overuse of antibiotics is creating superbugs that can’t be treated with antibiotics,” she told Cabrera.

But Laura Gieraltowski, who leads the Foodborne Outbreak Response team at the CDC that is investigating the romaine contamination, told The Daily Beast that’s not true. “This outbreak strain of E. coli does not appear to be resistant to antibiotics,” she said via email.

In fact, she said, antibiotics are not recommended for patients suffering from E. coli O157 infections, “as it might increase their risk of developing a type of kidney failure called hemolytic uremic syndrome.”

The FDA spokesperson added that “these pathogens have existed for millions of years and are not new superbugs.”

“Our goal is to reduce the number of people who are sick in every outbreak,” they told The Daily Beast. “Pathogens have existed sometimes longer than people have been here.”

Neither CNN nor Hari responded to requests for comment about her mystifying on-air remarks or why they didn’t use a credentialed expert to explain the outbreak.

But the blogger has drawn criticism in the past for her campaigns about chemicals in commercial food products. She pressured Subway to stop including azodicarbonamide (a safe chemical used to maintain bread’s “foaminess”) after comparing it to eating a yoga mat and for yellow-5 (a safe coloring additive) removed from Kraft macaroni and cheese.

Some scientists have said Hari’s hatred of additives is rooted in anti-science and perpetuates myths.

“[Azodicarbonamide] was a perfectly safe food additive for years until she came along and decided that Subway bread was essentially a yoga mat,” one scientist told The Atlantic in 2015.

Federal investigators believe the romaine E. coli outbreak began in California and are looking at six counties. Still, the source or sources could remain a mystery.

“Sometimes it’s multiple farms,” the FDA spokesperson said. “We can’t speculate as to whether the source of this E. coli got into our food from cattle or fertilizer. There’s a variety of ways. It’s variable.”

Gieraltowski said frequent consumption of salads in the American diet is an obstacle in tracing the root of outbreaks.

“We are getting better at detecting these outbreaks through interviewing and advanced laboratory technology called whole genome sequencing,” she told the Daily Beast. “Leafy green outbreaks have been notoriously difficult to solve because people eat leafy greens many times before they get sick so it’s difficult to determine which exposure is the one that made them sick.”

While there have been several multistate foodborne outbreaks this year, she said “it is too early to tell whether these are real increases in outbreaks or just better detection.”

The CDC is stepping up state and local health department capacity to address outbreaks before they get too big, and researchers are actively updating whole genome sequencing to give investigators “greater confidence that illnesses are related to a common source and make it easier to detect outbreaks when they are smaller,” she said.