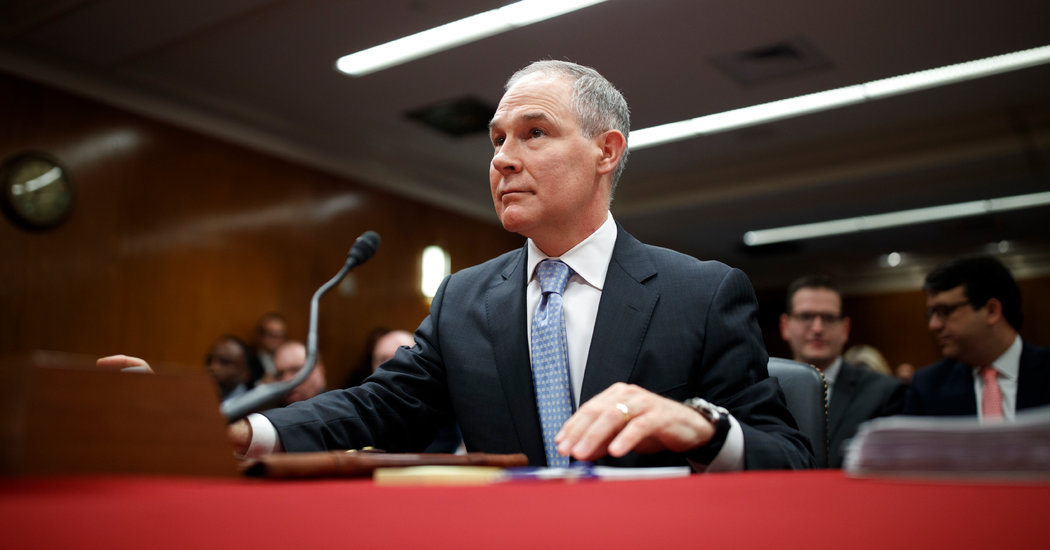 Environmentalists and public health advocates celebrated the ruling, which came in response to a lawsuit they filed last year after Mr. Pruitt rejected the ban, a decade after they had first filed a petition with the agency calling for chlorpyrifos to be removed from the market. The court had earlier set a March 2017 deadline for the agency to act, but it had not previously ordered any specific outcome by the agency, a move it has now taken.

The pesticide had previously been banned from most commercial uses in households as an insecticide, but was still legally used to combat insects on farms.

“Finally, decades of poisonous exposures and harm to children and farmworkers will end,” said Marisa Ordonia, a lawyer at Earthjustice, an environmental group that handled the legal work on the lawsuit. “E.P.A.’s shameful history of putting industry cronies before the people they are supposed to protect is over.”

Erik Nicholson, the national vice president of United Farm Workers of America, said the court order would mean better protection for farmworkers from California to Florida.

“The E.P.A. has put the women and men who harvest the food we eat every day in harm’s way too long by allowing the continued use of this dangerous neurotoxin,” Mr. Nicholson said in a statement. “We commend the court for doing what E.P.A. should have done years ago. The people who feed us deserve a safe and healthy workplace.”

DowDuPont and CropLife, the pesticide industry’s leading trade organization, have both disputed that chlorpyrifos, if used properly, poses any health threat to farmworkers, their families or consumers eating fruits and vegetables onto which it is sprayed.

“Chlorpyrifos is a critical pest management tool used by growers around the world to manage a large number of pests, and regulatory bodies in 79 countries have looked at the science, carefully evaluated the product and its significant benefits, and continued to approve its use,” Gregg Schmidt, a spokesman for DowDuPont, said in a statement on Thursday. “We expect that all appellate options to challenge the majority’s decision will be considered. We will continue to support the growers who need this important product.”