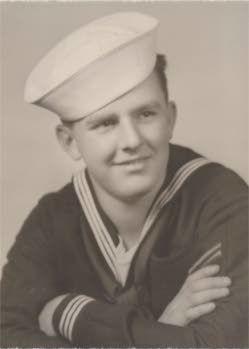 Buzz Livingston was born March 31, 1940, in Lyon County, Minn., to Lee and Vivian Lucille “Peg” Livingston. He passed away peacefully, in the presence of family, at the Garfield County Hospital Wednesday, Sept. 27, 2018.

Buzz grew up in Russell, Minn., starting his career and love of boats by sneaking into the Navy when he was 17 and serving in the Pacific. Afterward, he worked many trade jobs, such as Minuteman missile projects, a nursery and a couple years in construction in Minneapolis.

Buzz married Jane Williams in Rapid City, S.D., and moved to Albany, Ore., where he worked construction on the Green Peter Dam. After chasing dam construction work on Lower Monumental and Little Goose, they eventually settled in Pomeroy in 1970, where he worked on building Lower Granite. They raised their family here and Buzz lived in their home until his final day. Buzz continued working on Lower Granite after the construction was done, but not full time again until many years later. In the meantime, he worked many other construction jobs in Pomeroy and Dayton, Wash. After returning to work on Lower Granite Dam, Buzz eventually retired and started enjoying time off.

Through his years in Pomeroy, he enjoyed hunting and fishing with family, panning for gold, late night snowmobile rides through the streets of town, boating, dirt bikes, packing with donkeys; you name it, if it was outside, he did it.

In retirement, Buzz made tinkering around his home and garage a full time job, always tweaking things that needed to be built “better.” He also drove trucks during harvest for his son-in-law and helped out there because when things broke, he could generally fix it. Buzz spent time in the mountains on ATVs and also just scouting around the places he spent younger years at with family and friends. A few years back, he decided it was time to start riding bikes on the road, shortly after he also thought he should try dirt bikes again, but after a 100-yard ride on the dirt bike up at Rose Springs that ended without injury, he decided mid-70s was a little late to restart that hobby, but the street bike was a keeper.

When Buzz lost Jane, he put additional focus into his family and grandchidlren, making sure Christmas was still as special as it could be, and making sure there was always candy in the jar for them. He made trips back to Minnesota to visit his brother and family and to Albany, where he also had much family.

Buzz is survived by his daughters, Kim Livingston and Carla Blachly; brother Wayne; sister Barbara Burckhardt; grandchildren Pearl and Mason Blachly, and Nicole and David Livingston; and many nephews, nieces, cousins and friends.

Buzz is being reunited with his wife, Jane, and two of their beloved children, Craig and Ginger.

A memorial service will be held at the Pomeroy Spinners Hall Thursday, Oct. 4, at 11 a.m., followed by a meal.