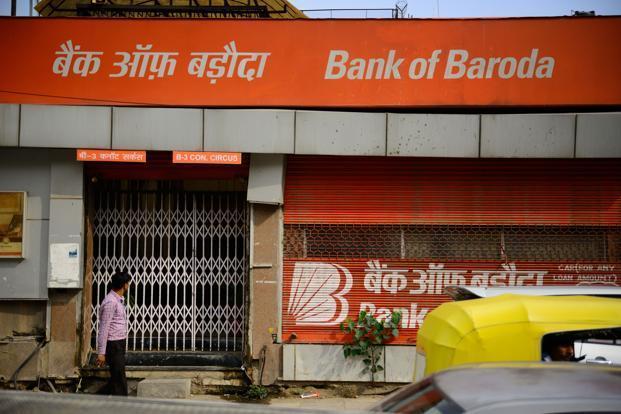 The merged entity, comprising two relatively stronger banks and a weak one, will be the third-largest lender in India after State Bank of India and HDFC Bank Ltd. Photo: Pradeep Gaur/Mint

Finance Minister Arun Jaitley announced the merger of three public sector banks—Bank of Baroda, Dena Bank, and Vijaya Bank, in a move aimed at reducing the bad loan mess in PSB’s, multiple news outlets reported. One of the reasons behind the choice of these banks was perhaps the fact that all three use the same core banking system—Finacle from Infosys—making the task of merging the technology platforms and back-ends relatively easier. The merged entity, comprising two relatively stronger banks and a weak one, will be the third-largest lender in India after State Bank of India and HDFC Bank Ltd, with a total business of more than ₹14.82 trillion. Read more

Ola, India’s largest cab-hailing service, has raised $50 million at a valuation of roughly $4.3 billion from Hong Kong-based Sailing Capital and the China-Eurasian Economic Cooperation Fund (CEECF), as part of the SoftBank-backed start-up’s move to raise fresh funds of at least $1 billion, Mint reported. The latest fund-raise from the two Chinese investment firms comes at a time when Ola is aggressively expanding outside and within India, while also building up a strong food-tech business to compete with Swiggy and Zomato, as the Bengaluru-based company looks to fortify its lead against arch-rival Uber Technologies in India. Read more

Ircon International’s initial share sale was subscribed 29% on Monday, the first day of the bidding process, according to the National Stock Exchange (NSE), Mint reported. The three-day IPO, which will close on Wednesday, received bids for 2.89 million shares against an issue size of 9.9 million, according to the NSE website. Established in 1976, Ircon International is the second Indian Railways subsidiary which is being divested. Earlier this year, the Rites Ltd IPO was subscribed 67 times. Read more

The takeover battle between Lakshmi Mittal of ArcelorMittal and the Ruia family of the Essar Group has intensified. After Essar Steel, ArcelorMittal has opened another flank and expressed interest in acquiring the group’s EPC Constructions India from ongoing insolvency proceedings, The Economic Times reported. ArcelorMittal, the world’s biggest steelmaker, picked up expression-of-interest documents last week. The other potential suitors for EPC Constructions are New Delhibased Alchemist ARC and Mauritius-based Royale Partners Investment Fund (RPIF). ArcelorMittal has been actively competing to acquire Essar Steel, and last week raised its bid from Rs 30500 crore to Rs42000 crore. Read more