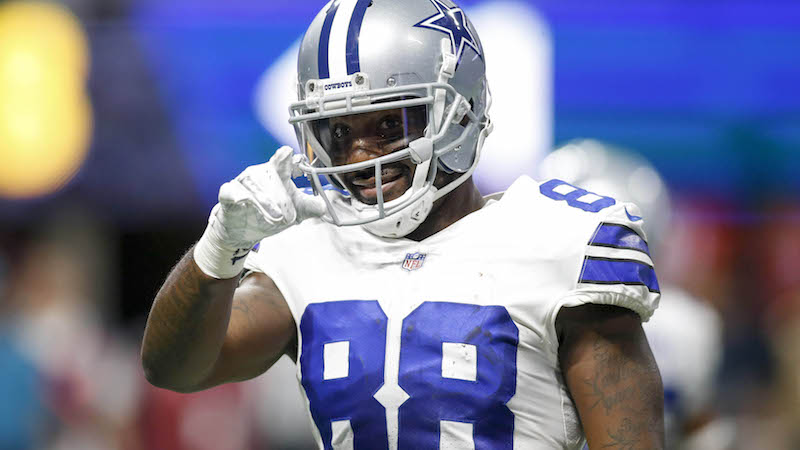 Plenty of fans are clamoring for Dez Bryant to join their team, and one day maybe he will.

It just doesn’t appear that day is imminent.

The free-agent wide receiver has been looking for a team since getting cut by the Dallas Cowboys this past offseason, passing on offers from the Baltimore Ravens and Cleveland Browns in the process.

With no other meetings or workouts in sight, when exactly can we expect to see Bryant back on the gridiron? Well, it could be after Week 1, maybe even later.

Bryant responded to a tweet Monday night from a sportscaster asking fans if they thought Bryant still could play. In his response, the 29-year-old gave some interesting perspective on his current situation.

I can I just have to take care of me first….gave to much love and not received at least half back…I will play ball this year just might be a lil bit later in the year.. we will see https://t.co/9FVMcgX4K1

There’s a little bit to unpack in there.

Clearly he felt mistreated by the Cowboys, which isn’t exactly breaking news. Leading up to the ‘Boys giving him his marching orders from Dallas, it was clear the relationship between the two sides was fractured and contentious. At the same time, he appears to have made his peace with the fact that he likely won’t be on a roster once the regular season kicks off.

It’s reasonable to believe that someone with his talent and demonstrated history of success will get a shot somewhere, but it looks like some acquiescing will be required from both Bryant and his future team in order for that to happen.