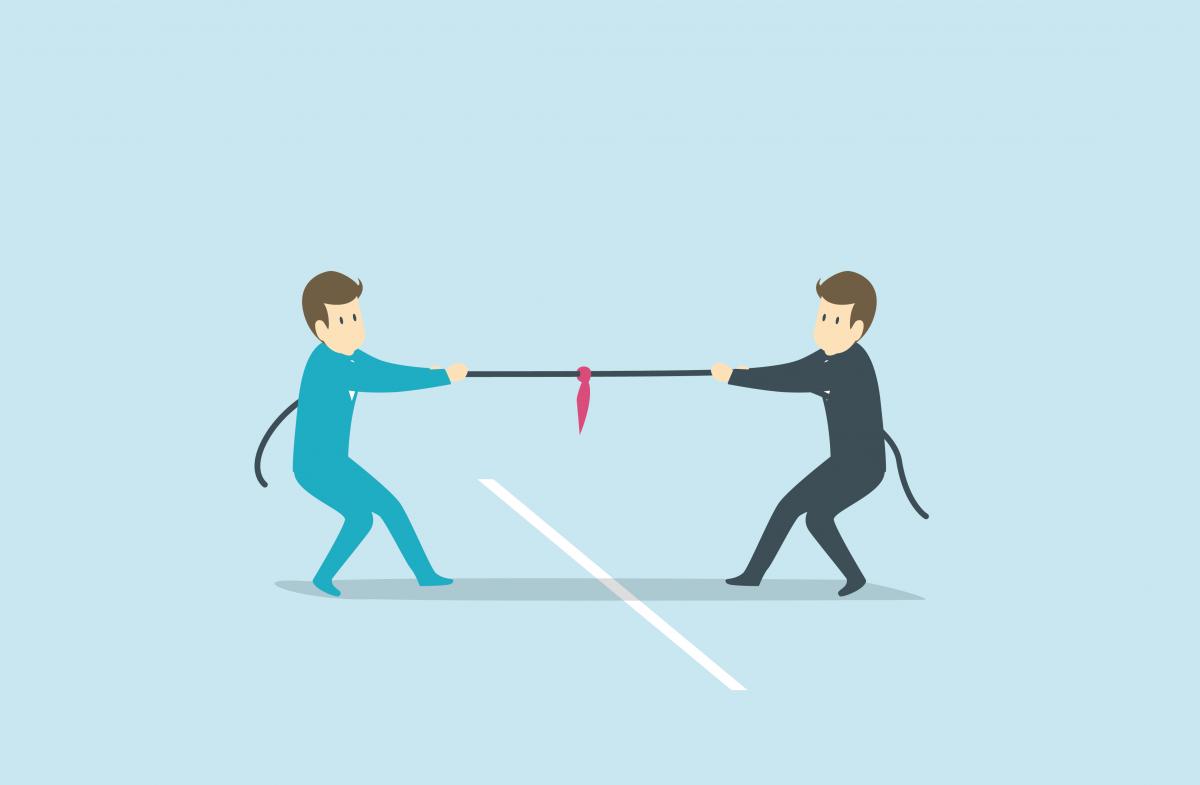 Regulating universities that operate across state lines is contentious and complicated. So it was considered a remarkable achievement when a panel of negotiators selected by the U.S. Department of Education reached consensus on new distance education rules earlier this year.

Not everyone is happy with the final regulations, however.

Robyn Smith, a consumer advocate who served on the negotiated rule-making panel, said the final rules published by the department in late October are not consistent with what the panel agreed to in April.

“I am outraged by the final regulations,” Smith wrote in a statement earlier this month. Smith, a lawyer who is counsel to the National Consumer Law Center and a senior attorney for the Legal Aid Foundation of Los Angeles, said the department substantially changed the distance education regulation “without sufficient factual justification.”

The department amended the regulation “to allow schools to offer distance education under reciprocity agreements that prohibit states from enforcing the state laws specifically enacted to prevent for-profit school abuses,” said Smith. “As a result, the department has limited the ability of states to protect millions of students from predatory schools that waste students’ time and money while loading them with unaffordable debt.”

During the negotiated rule-making process, a consensus was reached that the department should largely preserve the state authorization rule developed by the Obama administration in 2016. That rule recognized multistate agreements such as the State Authorization Reciprocity Agreement (SARA), a voluntary regulatory framework that makes it simpler for institutions to gain approvals to operate in every state where they enroll students receiving federal financial aid. Almost all U.S. states currently participate in SARA, with the exception of California.

Under the 2016 definition, a reciprocity agreement does not meet state authorization requirements if it prohibits a state from “enforcing its own statutes and regulations, whether general or specifically directed at all or a subgroup of educational institutions.” Yet leaders of higher education groups such as the Western Interstate Commission for Higher Education have argued that you can’t have true reciprocity without shared standards. In its final rule, the department appeared to side with this view.

Discussing its final rule, the department said it was persuaded by comments that suggested revising the definition of a state authorization reciprocity agreement. The new definition says states can enforce their own “general purpose state laws and regulations outside of the state authorization of distance education.” The language referring to laws “specifically directed at all or a subgroup of educational institutions” was removed.

Lori Williams, president and CEO of the National Council for State Reciprocity Agreements, said the new definition was a positive step, as it had cleared up some confusion about what states may or may not regulate.

“NC-SARA member states retain all authorities to deal with general consumer protection issues such as fraud or abuse and SARA participating institutions from within and outside the state are not shielded from that process,” Williams said in an email.

“Forty-nine states, the District of Columbia, Puerto Rico and the U.S. Virgin Islands have determined that SARA provides strong consumer protections for students,” said Williams. She added the organization “has no desire to enable bad institutional behavior.”

NC-SARA maintains the only nationwide database of student complaints relating to online education, listed by state and institution, that publishes how these complaints were resolved, said Williams. The database is updated by SARA member states on a quarterly basis and has been available on the NC-SARA website since 2015.

When SARA institutions renew their membership each year, staff at SARA check the complaint database to ensure there are no “troublesome patterns” of complaints at that institution, Williams said.

“Student complaints outside NC-SARA’s purview, including questions of fraud, false information etc., should be taken to a state’s attorney general for action,” she said.

Some states have expressed a desire for stricter consumer protections and have enacted legislation requiring institutions to comply with state refund and cancellation policies, or to pay into a tuition recovery fund, said Williams. When the new federal rule comes into effect in July 2020, some state-level consumer protection laws will no longer be applicable to SARA-participating institutions located in other states.

How many state laws will be affected is unclear. Shelly Hettleman, a Democratic member of the Maryland House of Delegates, said the scope of a law she sponsored this year would be limited. Hettleman’s consumer protection law, which went into effect in July, expanded the information that for-profit higher education institutions and private career schools must supply to prospective students. The bill requires that institutions share job-placement rates for degree programs, as well as median earnings of former students, and information on whether career-oriented degree programs such as nursing fulfill state requirements for professional licensure or certification. Starting next July, the law won’t be applicable to out-of-state, for-profit institutions and career schools that participate in SARA, Hettleman said. She said the Education Department’s decision was disappointing, but bills targeting for-profit online universities and colleges are still worth pursuing even if they apply to fewer institutions.

Nicholas Kent, senior vice president of policy and research at the Career Education Colleges and Universities, defended the department saying its actions weren’t improper when it amended the definition of ‘state authorization reciprocity agreement’ in its final rule. Kent said the department wasn’t legally bound to use in its final regulation the consensus language agreed to by the negotiated rulemaking committee. He explained the department was only required to use the consensus language in the proposed rule, which it did.

Despite those who may not be happy with the change, Kent said the department fulfilled its statutory responsibility under the Administrative Procedure Act by amending the definition after it had received and carefully considered arguments submitted during the public comment phase. Kent referred to comments made by higher education organizations such as NC-SARA, the WICHE Cooperative for Educational Technologies, the New England Board of Higher Education, and institutions such as Ohio State University. These comments argued the Obama-era definition, as it stood, was unclear and appeared to undermine the intent of state reciprocity agreements.

Russell Poulin, senior director of policy analysis and strategic alliances for WCET, and Cheryl Dowd, project director for the WICHE State Authorization Network, said the Education Department’s final rules were an improvement over the 2016 rules. The Obama-era regulations were due to go into effect in July 2018 but were delayed by the department for two years after some higher education groups complained that institutions weren’t sure how to implement them. The rules came into effect in May after a judge ruled the Education Department had illegally delayed them. The new rules have codified and clarified the definition of state reciprocity agreements outlined in a 2017 letter from Ted Mitchell, who was under secretary of the U.S. Department of Education in the Obama administration. Prior to the start of the negotiated rule-making process, the department proposed deleting the 2016 reciprocity agreement definition altogether.

Leah Matthews, executive director and chief executive officer of the Distance Education Accrediting Commission, suggested that concerns about state protections for students being significantly weakened were overstated. The department largely stuck to the 2016 regulations, with the exception of the change to the reciprocity agreement definition and the addition of a requirement for institutions to inform all students, not just those studying online, whether their chosen degree meets professional licensure requirements in their state. To facilitate this, institutions will be required to more closely track where students are located.

A WCET blog post, posted earlier this month, said questions remain over how state regulations will be determined as “general purpose” or related to “authorization of distance education.” But overall, it said, this regulation “is a boost for state authorization reciprocity agreements — and the students who benefit from them.”