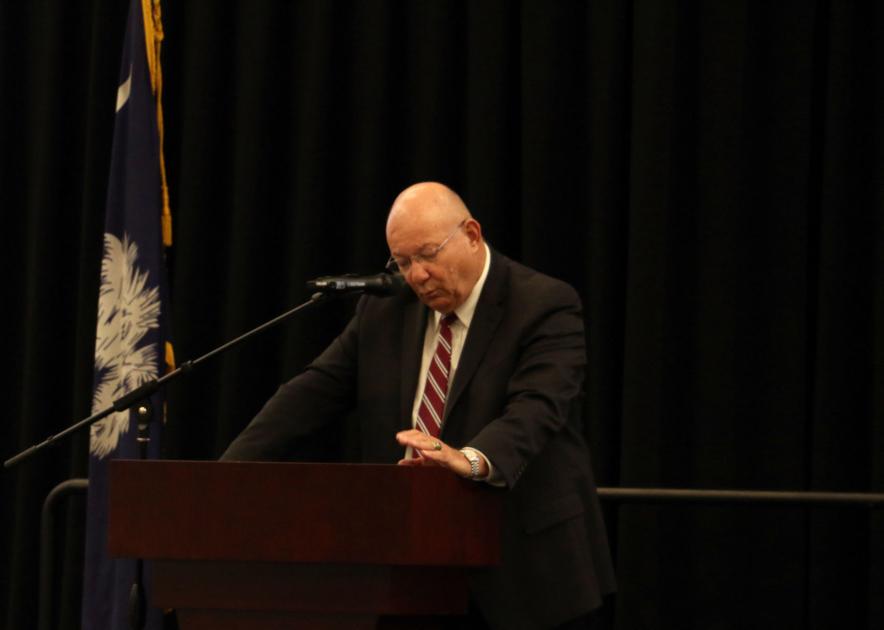 FLORENCE, S.C. – Leaders of three educational institutions told a breakfast audience Wednesday that they are moving forward with initiatives to improve education in the Pee Dee.

With just under 4,000 students enrolled at Francis Marion and the addition of multiple programs in the past year, the university is serving the Pee Dee region as it was created to do, Carter said.

“Within the last 15 years, we’ve grown with the region and we’ve served the Pee Dee, and for the last three decades, we’ve tried to meet the needs, the demands and expectations of the state and most especially all of you,” Carter said. “If you’ve liked what you’ve seen so far, you’re going to love the next 20 years.”

Carter talked about new programs the university has started in the past few years, such as a master’s of teaching in education, sports management, sports marketing and a doctoral degree in nursing.

The center will give ecology and environmental sciences a chance to start looking at real water issues with in the Pee Dee River Basin, according to Carter.

Carter said the growth of the university has been made possible by partnerships within the community, such as the university’s partnership with the city of Florence and the Doctors Bruce & Lee Foundation for the downtown portions of campus. He also said local legislative representatives have played a part in this growth as well.

Bethea, who has worked for Florence-Darlington Technical College for nearly 30 years, said he wanted to be an action-oriented interim president.

“I’ve spent most of my life and work at Florence-Darlington Technical College,” Bethea said. “Because of that I was uninterested in house-sitting the president’s job. I just didn’t want to merely try to keep the seat warm for the next guy.”

Bethea said he brought the college back to focusing on fiscal responsibility, strategic planning and being a workforce-development and technical-education institution.

Florence-Darlington Technical College is looking at ways to ensure students have all of the training they need to succeed after college and a mentoring program to improve student retention.

Florence-Darlington Technical College also is working on partnerships with companies, such as Wyman Gordon for internships and Clemson University for a virtual reality simulation that could decrease the use of pain medications.

O’Malley, who has been in Florence One Schools for just a few months, talked about the growth of the district and the new initiatives this year.

“As we begin to set this path of where we want to go as a district, we see our future is bright as well,” O’Malley said.

O’Malley said that moving forward the district has set its vision to improve on communication, student achievement, security and better pay for faculty and staff.

The district has already started moving toward this vision, O’Malley said.

Recently, the district announced a grant for $3 million for art education, as well as an inclusive model for special education. The district also hired Doug Nunnally as the director of school safety and security, to ensure the schools are adequately secured.

On Nov. 12, the district will launch Imagine Forward, the 1-to-1 technology initiative that will give each student access to a personal technology device. O’Malley said the initiative will be complete in the next three years.

O’Malley said Florence One School will be the first district to do a comprehensive pre-K-12 1-to-1 initiative. He said the initiative won’t be just putting a device in the student’s hands, but changing the way students are taught.