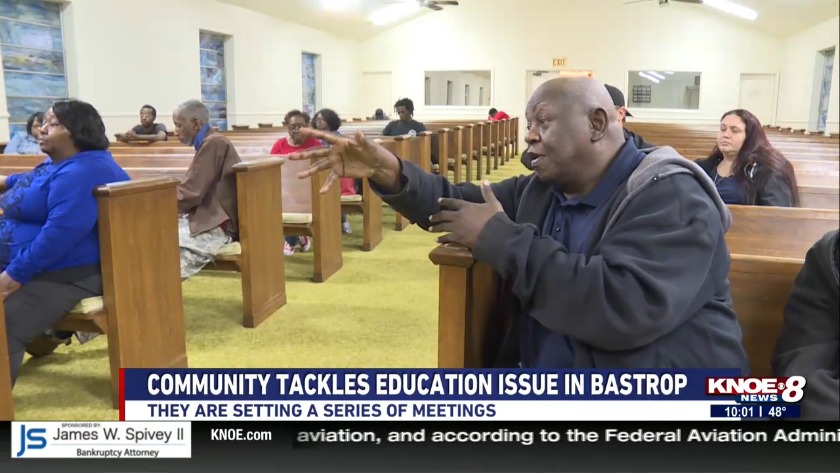 BASTROP, La. (KNOE) – Some parents are still concerned about the future education of their children with two Morehouse Parish schools closing in January. They say some students will have to go to a nearby school.

“I just moved here from North Carolina and just put my daughter here in 3rd grade and the school is closing as soon as she gets here,” said Randy Day, a parent.

The students might have a different teacher, which doesn’t sit well with these parents.

“She has ADHD. She has a very hard time of concentrating and staying on track and this is going to throw her off,” Day said.

Parents and the community are dealing with the news differently. Some parents have pulled their students out of the district while others are fighting the board with lawsuits demanding the state come in and take over.

Meanwhile, one group of people at New Mt. Olive Baptist Church in Bastrop are tackling failing grades, which they said is the true issue.

During a Tuesday night meeting, they talked about ways to give students the best education in and outside the classroom.

“You can’t just sit back and be quiet and be stagnant. A flowing river has to flow. If not it’s just sitting stagnant, and that’s not what we want,” said George Williams II, a parent.

They plan to have local churches team up to offer tutoring, and after-school activities. They all have goals and the church has the resources to make it happen. They said they just need more parents’ involvement.

“You have to attack at the top. The parents are the head of the household, so we have to reach out to those parents and get them excited about this so the students can be excited about this. So, in return, it can be the triple down effect,” Williams said.

They also said it’s going to take a village and will move forward with these ideas.

“I’m going to look into it and I’m hoping my daughters can get into it because they deserve it. They’re our future,” Day said.

The protest starts at 12 p.m. at Morehouse Middle School.