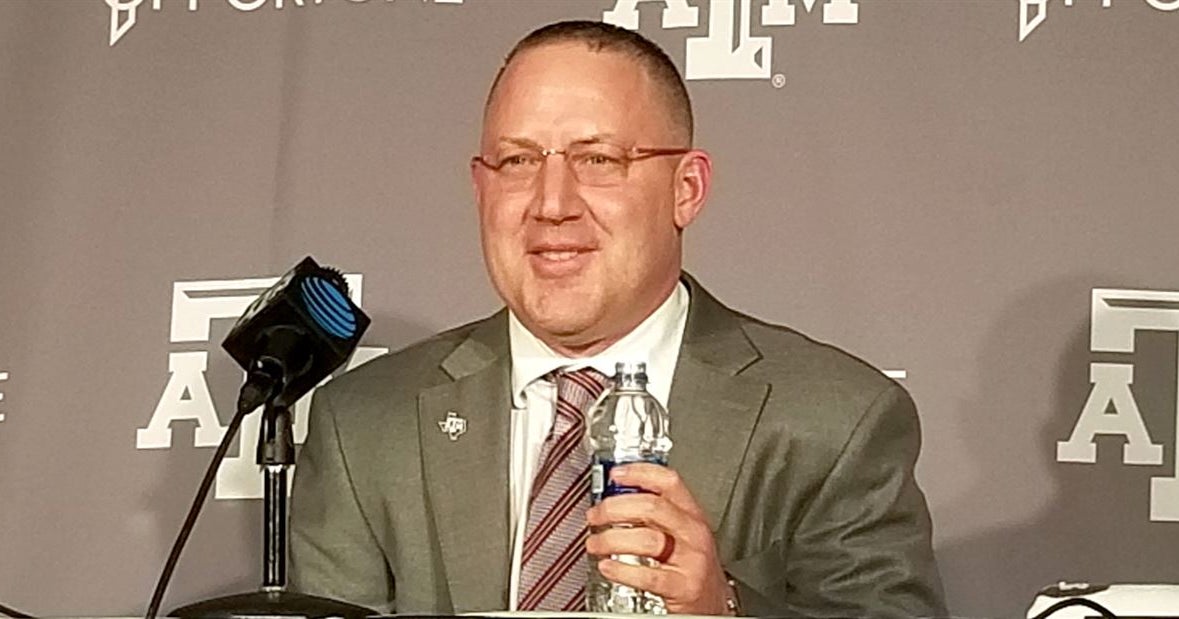 Texas A&M secured it’s biggest win yet this season knocking off Oregon State 64-49 Saturday night at Reed Arena. Here is a look at everything head coach Buzz Williams had to say after the win.

On ability to control today’s game…“Our turnover rate was still very poor, but what gave us a chance, number one, we did not allow them to get very many offensive rebounds, and we got a high percentage of offensive rebounds. So that gives us a chance to have the same number of field goal attempts. We didn’t today because that number was skewed because they were having to foul towards the end, but that was the difference.”

On playing a much taller, post-dominant team…“We played incredibly hard. I thought that it’s the hardest we’ve played and none of it was necessarily pretty to watch, but I found the effort was outstanding and I do think that (Josh) Nebo and Eman (Emanuel Miller) in this month have sure created a niche that we rely on and have been able to help us change the complexion of our team.”

On the importance of today’s win…“I think it’s the best Christmas gift of 2019. So thankful. Great way to end the semester, so-to-say, excited, and thankful that our kids are able to experience a win and then be able to be with their families. Against a team that’s been playing at a very high level, I think Coach Tinkle’s son (Tres Tinkle) is very efficient, one of the top PER (Player Efficiency Rating), he’s ranked in the top 30 in the country, and we only have one player in the power five in the top 100. The efficiency of No. 3 (Tres Tinkle) and No. 5 (Ethan Thompson) is very good and I thought the guys competed very hard so very thankful.”

On an easier four days off… “Yeah, I’m so excited, so excited to do nothing. I’m bankrupt emotionally the last 261 days have I think emotionally, physically, mentally, I think our entire program has given our absolute best. So not just me that comes across selfish, but I think our staff did a great job in preparation for this game. I think our guys are beginning to gain a little bit of traction relative to their execution. It’s not always great, I don’t know if it will ever even be good but that they’re aware when it’s not good is a positive and so I think it will be healthy for all of us, particularly emotionally to have four days off.”

On getting to .500 at the Christmas break being miraculous…“I stand by that. Yes sir, I stand by that. Sometimes I’m a little overwordy with you guys but I’m working on having a better spirit when I talk publicly but I stand by that for sure. I think it is miraculous to be 5-5, there’s been a couple guarantee games that we could have for sure lost. So to be able to finish the semester in the manner that we did with the effort that we did very thankful.”

On Jay Jay Chandler three changing momentum…“You need a lot of things to happen, you need a lot of things to happen good. I say this respectfully I think our defensive numbers have been ok and I think that they’ve been gradually improving. Where our defensive numbers are skewed is when we get obliterated on the offensive glass. We were holding teams entering tonight to 39 percent from the field, that’s really good considering that they were scoring at a 75 percent clip on offensive rebounds. So, when you limit that number, that helps your defensive numbers to be truer. And then when we’re able to do such a good job on the offensive glass it kind of skews our offensive numbers because we’re not great. But when we can score 18 points from the free throw line that gives our OER a chance to be ok. And so, through nine games where we were getting beat defensively was teams were scoring in transition too much, but they were scoring in transition not because we’re not getting back in an advantage, disadvantage, they’re scoring in transition because of too many live ball turnovers. And then they were scoring 24 percent of their points on offensive rebounds put backs, so our first shot field goal percentage is really good and then tonight they only had seven offensive rebounds and one of them was a dead ball offensive rebound and we hold them to 33 percent. The reason why that number is good is because we weren’t giving them second-chance points. So, we’re never going to be big, I don’t know if we will be bigger than any team, we play the rest of the way including Texas Southern. And so, because we are not very big our positioning has to be near perfect. Against Corpus-Christi our guards Chuck, [Quenton Jackson], [Jay Jay Chandler], Andre Gordon, Mark French, those five guys played 88 minutes and had five defensive rebounds. Those five guys entering tonight’s game were playing 111 minutes, we can’t put all of it on Nebo, we can’t put all of it on Emanuel, we can’t put even a portion of it even on Savion, those three including Aku are going to guard their two biggest guys so those five guards have got to rebound down because we are going to be small and we’re fighting giants. Our biggest guys are fighting giants, so we need our guards in there rebounding. Tonight, those guys had 17 rebounds, that’s the difference in the game. If we’re fighting Nebo, Aku, Eman, Savion, to keep their two biggest guys from getting it, well if they’re not getting it our guards have got to get it and that’s why those numbers, Jay had four rebounds, Andre had three, Quenton had six, Chuck had four, it doesn’t seem like much those are huge, those are huge.”