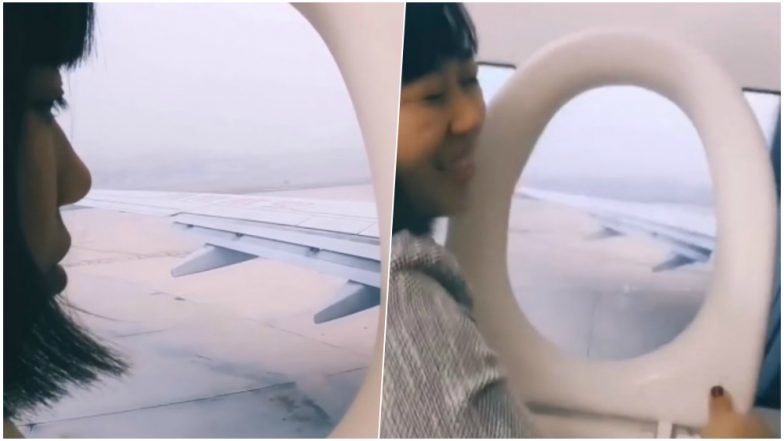 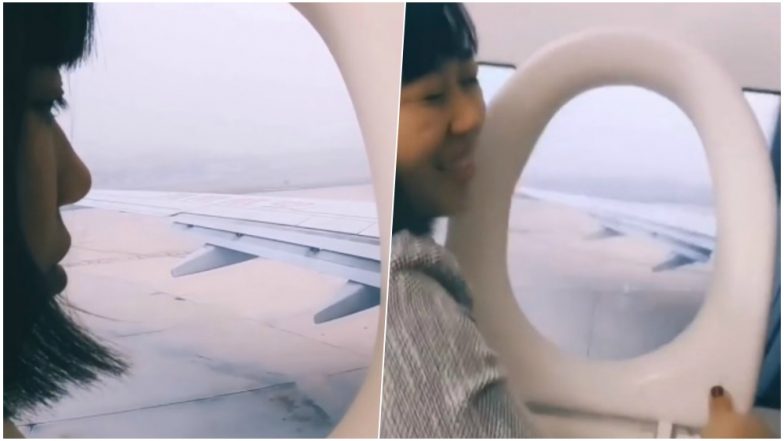 Scrolling through social media platforms especially Instagram is more or less like looking through holiday albums. Some lucky people are out there exploring exotic locations, visiting beautiful places and posting picturesque content online, which is bound to make others jealous. To get a way around posting beautiful travel pictures, a new trend of Fake Plane Challenge is emerging in China. The essence is to use regular daily objects and create a scene as if you are on a plane journey. Also called the ‘Fake Plane Ride’ Challenge it started on Douyin, more popularly known as TikTok, a short video making application. Soon the trend went viral and people got too creative to fake a plane ride over exotic locations. TikTok Gets Nostalgic With the Viral #OyeOye Challenge That Is Making Indians Dance Their Hearts Out (Watch Videos).

It was the Spring Festival in China, where a lot of people head out to travel and celebrate their holidays. Not wanting to be left out, some users started faking a plane ride by using any of the daily objects and the trend caught on. From detergent containers, stools to toilet seats, users got really creative to make fake plane windows and placing exotic locations in the background, to create an effect of taking a plane ride. Bizarre TikTok Video of a POTATO Getting a Makeover Goes Viral on the Internet.

Isn’t it funny? Some of them look too realistic unless they show the object. The camera tricks are used well and make the viewer feel that the person is actually peeping through an aircraft window. Ditching those who are actually out there taking plane rides for their Spring holidays, these users got too creative with daily objects. These videos have received over 27 million views on Chinese social media site Weibo and about 24 million plus views on TikTok. Would you also like to hop on the plane for the Fake Plane Challenge?