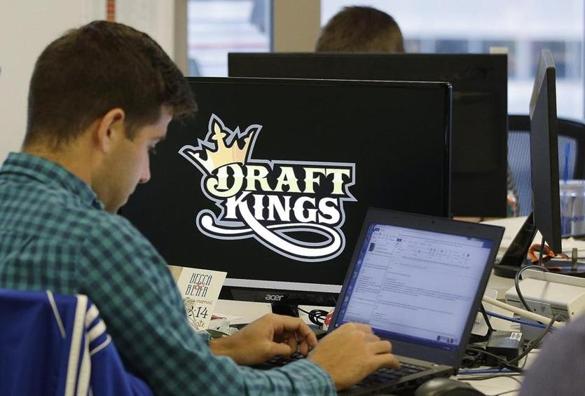 A state legislative move this summer to permanently legalize daily fantasy sports also gave the industry a break on taxes, as lawmakers brushed aside a proposal that could have collected more than $2 million in revenue this coming year.

Other states levy taxes on fantasy sports games, in which players can win money based on the performance of real-life athletes they select. And a legislative committee that spent two years studying the issue recommended taxing the sports games. House Speaker Robert DeLeo has also said that the state should get its “fair share” from fantasy sports games.

But the House and Senate couldn’t agree on how to regulate and tax the industry before the usual end-of-session scramble to wrap up business. A temporary provision legalizing the business was set to expire. So lawmakers opted to grant the industry permanent legal status and delay imposing any tax for now, as Governor Charlie Baker had suggested.

The deal came amid lobbying from companies such as Boston-based DraftKings, which can continue operating as it has since 2016, when state officials hurriedly put together the temporary authorization amid questions about the legality of the young industry.

Get Talking Points in your inbox:

An afternoon recap of the day’s most important business news, delivered weekdays.

Some lawmakers worry that the state missed a golden opportunity to reap millions in tax proceeds while building out more robust regulation on online gambling — as recommended in the lengthy study by legislators, regulators, and industry officials.

“There are a ton of needs across the state that require additional revenue,” said Senator Brendan P. Crighton, a Lynn Democrat who proposed a measure that would have taxed daily fantasy sports revenues at 12.5 percent. The Senate passed his plan as part of its budget proposal, but it was dropped in negotiations with the House.

“This wasn’t going to be a game-changer by any means, but we thought it was sensible to include a modest tax rate that wouldn’t stifle innovation but would still contribute to overall state funding,” Crighton said.

Casinos in Massachusetts are taxed starting at 25 percent of gross revenue. The daily fantasy sports industry is now operating in most states, with tax rates as high as 15 percent.

Representative Joseph F. Wagner, a Chicopee Democrat who was co-chairman of the commission to study daily fantasy sports, said this year’s move allows the industry to continue to operate while the Legislature considers broader issues including sports betting and online gaming.

“There’s not really a question of whether we want them to be here or whether they’re a legal entity,” said Wagner.

He said the question of whether daily fantasy sports will be taxed by the state is far from resolved.

“Right now we’re in an information-gathering mode here, and that’s it,” Wagner said. “I wouldn’t rule anything in or out at this point.”

DraftKings will likely be at the center of the debate.

The company, the leading provider of daily fantasy sports games, has long argued that the games are not subject to state gambling laws because they are games of skill, not luck.

Meanwhile, the company is trying to build another business line in the world of online sports gambling now that states are beginning to make it legal.

This month, the company became the first operator to roll out an online gambling program in New Jersey, which recently legalized sports betting.

James Chisholm, director of public affairs for DraftKings, said the company’s focus in Massachusetts is now on advocating for a chance to offer online sports books here.

He said the permanent legalization of daily fantasy sports reflects a recognition by lawmakers that the industry is operating “safely and securely.”

“We’re always willing partners of government, but when it comes to the question of daily fantasy sports in Massachusetts, that’s settled,” Chisholm said.

But DraftKings has resisted efforts to lump daily fantasy sports under the additional oversight of the state Gaming Commission, which regulates casinos and horse racing.

Lawmakers, he said, have “dollar signs in their eyes.”

“The states which to some limited extent dealt with daily fantasy sports already are saying . . . let’s not wring our hands over it, because we’ve got this other behemoth of sports betting coming,” he said.

The industry burst into the public view in 2015 as Draft-Kings and industry rival FanDuel engaged in an expensive advertising war that fueled an explosive growth in customers. But the business soon ran into trouble, as lawmakers delved into questions over whether the business had sufficient consumer protections and whether it was a new form of gambling.

The growth of the business has leveled off in recent years, and many industry observers expect the expansion of sports betting to further cut into the market.

The market for sports betting is expected to be much larger, with greater opportunity for state tax revenue.

The Massachusetts Gaming Commission said in a February report that sports betting could generate between $8.6 million and $61.3 million in tax proceeds, depending on how widely available the games are made and on the amount of taxes levied.

Some opponents of state-sanctioned gambling say Massachusetts is better off without the tax revenue from daily fantasy sports.

“Once the government is getting profits from this, everyone kind of shields their eyes,” said Les Bernal, national director of the group Stop Predatory Gambling. “It opens up another whole world where the state becomes complicit in this business practice.”

Andy Rosen can be reached at [email protected]