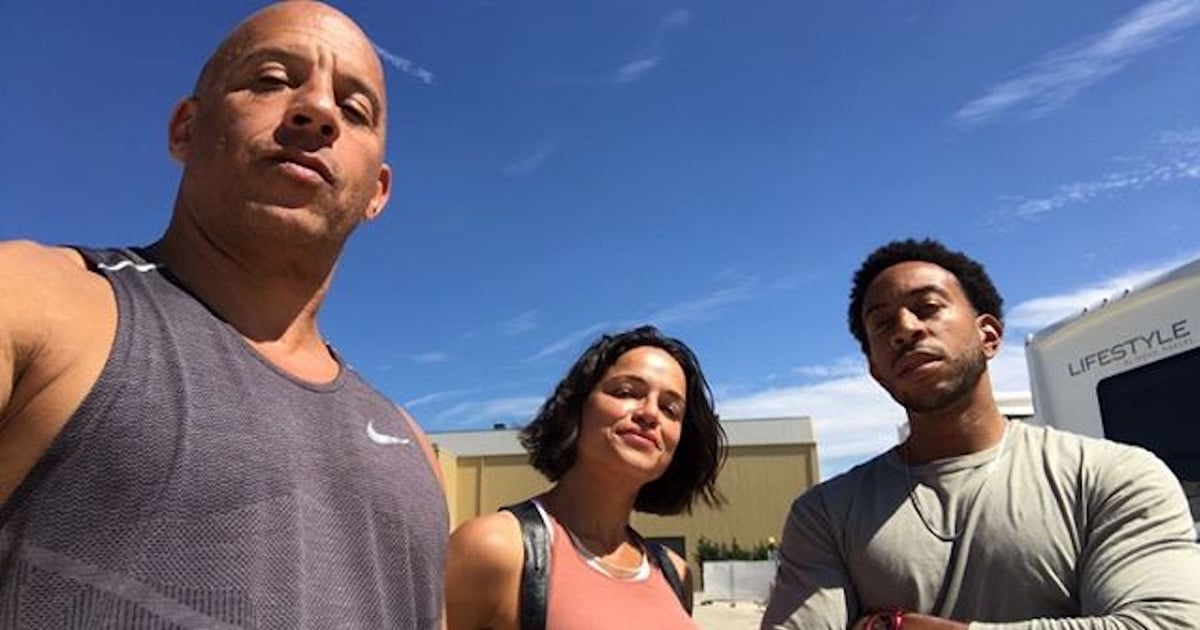 Production has officially begun for Fast and Furious 9, and we’re getting emotional seeing the cast back together again. The original gang — including Vin Diesel, Michelle Rodriguez, Jordana Brewster, Tyrese Gibson, and Ludacris — is currently filming in London, along with Charlize Theron, Helen Mirren, and newcomer John Cena. The WWE wrestler’s role is still being kept under wraps, but judging from all the behind-the-scenes photos the cast has been sharing on social media, Fast 9 is going to be a hell of a ride! Sadly, it doesn’t look like Dwayne Johnson will be making an appearance in the latest installment of the franchise, but we will get to see him and Jason Statham in the upcoming Hobbs and Shaw spinoff on Aug. 2. Meanwhile, Fast 9 is set to hit theaters on May 22, 2020. As we wait for more details, go behind the scenes with these photos!