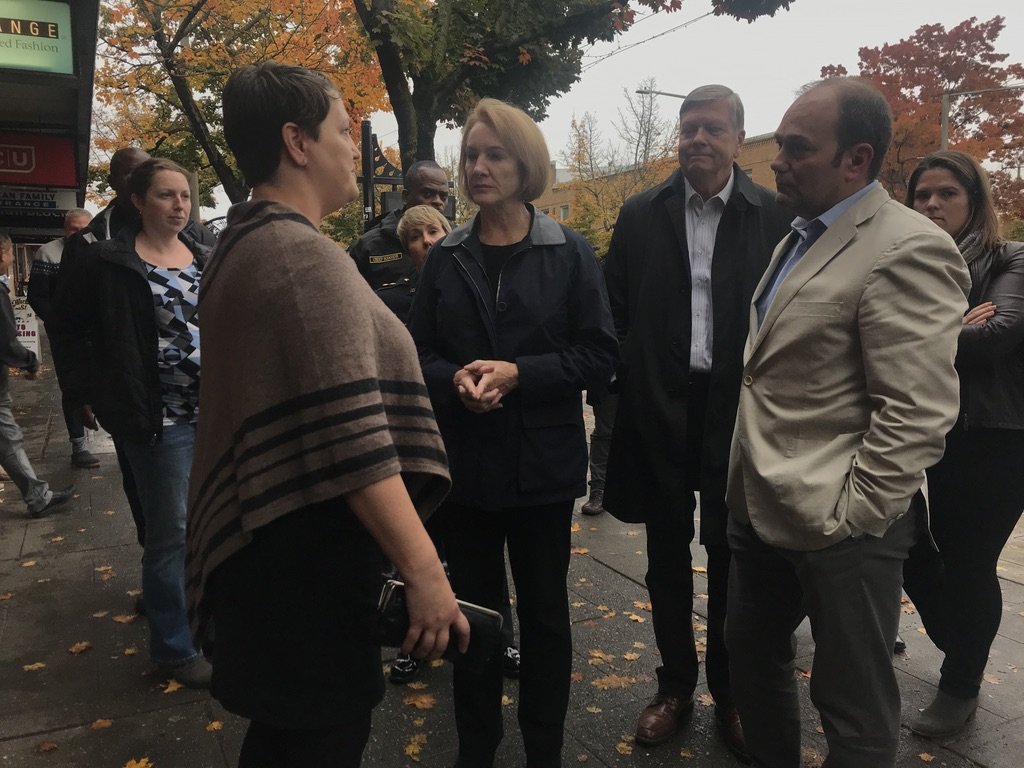 SEATTLE — As Seattle City Council debates next year’s budget, Mayor Jenny Durkan took a tour of Ballard businesses to see how city investments have helped and identify the holes.

What she heard from business owners were the harsh realities of doing business while facing some of the city’s biggest problems.

Tuesday’s walking tour in Ballard was Durkan’s third in the neighborhood. Just feet away where she started the tour, a store window on Market Street had been smashed by vandals and taped together. The man inside told Q13 News that the city needed to step up and do more to prevent crime.

As Durkan ducked into a select group of businesses, she asked two questions: How’s business? And how’s Ballard?

The second question caused some to pause before answering.

“Dealing with people in doorways in the morning and cleaning up on our property, it’s a burden,” Kavu retail director Stephanie Mason said. “It’s a burden on our staff.”

Down the street at Skal Beer Hall, Adam McQueen was even more specific.

“People trying to get in our back door, people defecating back there that our employees have to pick up, we’ve got needles back there all the time,” McQueen told the mayor.

From one business to the next, the message was the same: The brightest days of Ballard this year were during the summer’s emphasis patrols.

“Anytime we’ve had neighborhood patrol that’s walking around and available, that’s always been the time our staff has felt the safest,” Mason said.

“We did the emphasis patrols – Ballard was one of the areas – a lot of people saw a lot of improvement,” Durkan said. “As we’re heading into winter months, we’ve heard concern from people that it seems like things have picked up again.”

As the mayor picks up pointers from the people living this reality everyday, business owners hope what they say will get put down into policy.

Durkan has proposed spending $847,000 in next year’s budget to continue emphasis patrols at the same levels seen in 2019.

It’s too soon to determine the clear impact of those patrols, but so far this year, crime is down about 2 percent compared to this time last year in the North Precinct. In all of Seattle, crime is down 6 percent.

The city council is reviewing the mayor’s budget proposals and members are also making their own. The council is scheduled to adopt a final budget November 25.

In it, business owners in Ballard and elsewhere are hoping to see programs propped up that will increase law enforcement presence and help troubled people who are in turn troubling business owners and their employees.