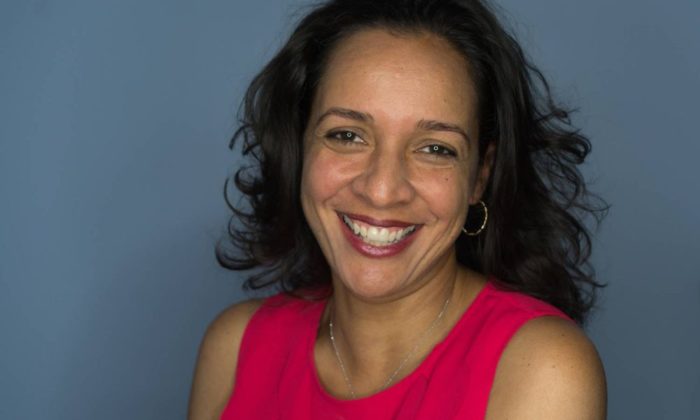 Thanks to state incentives and tax credits, the film and TV industry in Georgia has grown exponentially over the last few years. In the 2018 fiscal year, the industry saw a $9.5 billion economic impact from a record 455 film and television productions shot in the state.

At the heart of that growth are the crews working behind the scenes, with tens of thousands of jobs and contracts that need to be filled. Job postings, however, remain fragmented across Facebook groups, email and text threads, and word of mouth.

Intellectual property and entertainment lawyer Carolyn Pitt heard this frustration time and time again from her clients in the industry.

“The system is really analog and chaotic in the way it operates,” Pitt tells Hypepotamus. “Crew members have a very difficult time working on productions that are coming to our state.”

Pitt found that producers and studios were spending thousands bringing in crew members from L.A. and New York, as that was often faster than waiting for job applications to trickle in.

And, according to Pitt’s research, the majority of those who have profiles on existing job boards haven’t actually secured jobs through them.

“What’s needed is something that’s much more interactive. The crews and the studios could be saving significantly if they knew who to hire locally,” she says.

After being vetted by the company, available talent makes a detailed profile on Film Conxx. They then begin to get matched to jobs that are updated on a daily basis.

Production and studio users are able to see candidates that apply for a specific job, as well as all of the talent available in the area, and filter for their needs. The SaaS platform charges the studios and production companies, rather than the talent.

Payment was a pain point that kept coming up during Pitt’s customer discovery, as different studios pay on different timelines and with different methods. Film Connx standardizes payment across jobs. It also offers a message board for crew members to communicate in real-time and share career advice.

The startup can even add on consulting services to help studios fill a highly-specialized position or develop pipelines of female and minority candidates.

“We want to make it easier for companies to identify and hire talents of all backgrounds and levels of experience,” says Pitt.

Though Film Connx’s focus is the film and television industry, they’ve begun to delve into the corporate market for things like video production or events. The platform allows companies to connect with candidates after posting a role.

“Video is one of the fastest growing modes of communication. We’re working with corporate brands to connect them to video production talent too, for when someone is sick, on maternity leave, or there’s a special project,” she says.

Film Connx launched in Georgia and has recently expanded to California.

They’re actively raising a seed funding round to expand their engineering team.