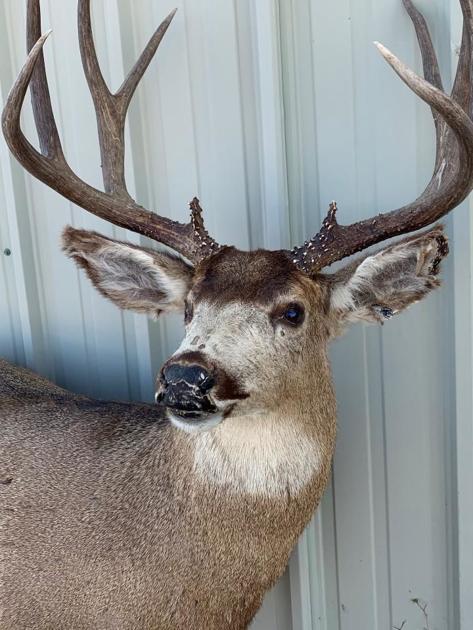 There’s fake news, fake IDs and fake deer, all of them can get you into trouble.

The Idaho Department of Fish and Game reports that it is dusting off its life-like models of deer and elk for use in catching unlawful shooters in areas where violations have been reported.

With archery hunting season underway and the main deer season two weeks out, Fish and Game wants hunters to know about one of its effective crime-fighting tools: artificially simulated animals.

“Every region has a couple,” said James Brower, regional communications manager for Fish and Game. “They’re usually the full bodied mount of a mule deer or an elk. Some of them move. Like a head will move or twitch.”

Brower said the fake deer are placed in areas where violations have been reported.

“They usually get placed in response to a landowner who has been having trespass issues or if officers or others have noticed a bunch of spotlighting (shooting at night) going on in a particular area or where people have been shooting across a road,” he said. It is illegal to shoot from or across a road, he said.

Regional conservation officer Doug Peterson said the fake deer get used about two or three times a year on average.

“Because they are a response tool and it depends on how many reports we are getting in places,” Brower said. “They have to get enough reports in a location.”

Once a mount is placed, a Fish and Game officer will hide nearby and wait for a violation to occur. The operation can be time intensive for officers.

“Some of them look pretty ragged,” he said. “They get shot quite often. When our officers use them each year they have to patch them up. Sometimes legs and things are shot up so they’ll put them in a spot where they’re behind a bush to sort of hide the bad parts.”

Brower said that with a little attention, people should be able to spot the fake.

“That’s kind of the funny thing to me,” he said. “If anyone spends a reasonable amount of time assessing the situation, you’d be able to tell pretty quickly that it’s not a real animal.”

But he added that in areas where there is repeated bad behavior, “there’s a good chance that when they use these it’s going to work.”