The climate of economic uncertainty engendered by the coronavirus epidemic has rocked the markets, and as a result many companies are now trading at valuations that make them bargains. However, what is true for many is not true for all, and the global betting, gaming, and entertainment firm Flutter Entertainment (OTC:PDYPF) is one such stock that continues to trade at a premium to fair value.

The story of Flutter Entertainment is one of mergers and acquisitions, and partnerships. The Dublin, Ireland-based bookmaker was formed from a merger between the two largest bookmakers in the British Isles – Betfair Group plc (OTC:BTFRF) and Paddy Power plc (OTCPK:PDYPY) – in February 2016. More recently, in February 2019 the firm acquired a 51% controlling stake in Georgian gambling company Adjarabet, the online gaming leader in Eastern Europe, with an option to acquire the remaining stake by 2022. And in August 2019 Flutter’s FanDuel Group segment inked a multi-year deal with Major League Baseball that gives FanDuel access to MLB data, logos, and marks for both the league and its teams across its retail sportsbooks locations and online sports betting products. 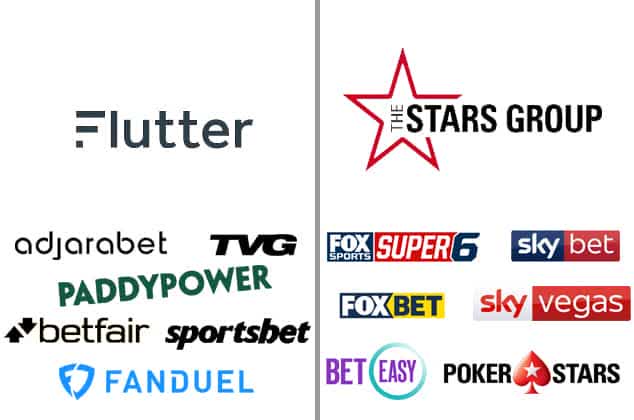 The acquisition of The Stars Group cements Flutter Entertainment as the largest gambling company in the world by revenue. Image provided by Top Poker Streamers.

The biggest acquisition Flutter Entertainment has made thus far, however, is the $6.95 billion acquisition of Canadian gambling firm The Stars Group (TSG), which will make Flutter Entertainment the largest gambling company in the world by revenues, and provide them with 13 million customers and three of the U.K.’s top seven online betting brands. This is promising in light of the consistently rising revenues that Flutter has reported over the past five years.

Net income is not as consistent as revenue, and requires some explanation. The 2016 loss of £5.7 million was due to costs relating to the initial Betfair-Paddy Power merger. The drop from 2018 (£201.4 million) to 2019 (£144 million) can be attributed to the acquisition of the majority stake in Adjarabet and of FanDuel during that financial year. But the firm’s profitability is clear otherwise, and further evidenced by the 7.83% operating margin.

Shareholders have not had much to jump up and down about regarding their Flutter investment, as return on equity (trailing twelve months) is 3.61% and the dividend, which has been paid since at least 2011 according to the investor relations page (via the pre-merger companies), has been static over the past three years. However, there is scope for this to improve going forward given the 52.73% payout ratio and reported free cash flow of £369.2 million ($430.21 million). Whether Flutter elects to become more shareholder-friendly or continue on their M&A path will determine if improvement is made on the dividend front going forward.

Whichever path Flutter elects to take, the short-term finances on its balance sheet could stand to be improved first, as total current liabilities of £885.5 million ($1.03 billion) edge out total current assets of £361.8 million ($421.58 million), cash-on-hand worth £297.2 million ($346.31 million), and total accounts receivable of £18.8 million ($21.91 million). Long-term finances are in better shape, though, with long-term debt of £247.8 million ($288.75 million) offset by a net worth of £4.19 billion ($4.88 billion), and Flutter is not in any danger of going bust anytime soon. Its various acquisitions should aid its bottom-line over the long haul, but growth is not expected to be huge in the short term, as free cash flow per share growth is only forecast to be 6.06%. This low growth means that a discount to fair value is required to justify investing in Flutter stock.

In any case, valuation matters. After all, if the share price of a stock is higher than its fair value, you potentially get lower total return over the long-haul (and certainly a lower dividend yield if a dividend is paid). This means any income you receive from your investment may be less than what it ideally should be as a result. You should not pay more for an investment than you believe it to be worth, no matter how good the underlying business is. This should be borne in mind when looking at Flutter’s valuation, which will be assessed on the basis of its primary shares on the London Stock Exchange which trade under the ticker FLTR, as the ADRs on the over-the-counter markets are not sponsored.

At close of market on 03/20/2020, Flutter Entertainment traded on the London Stock Exchange at a share price of 6,650 pence ($77.49) with a price-to-earnings ratio of 36.68, which is lower than the five-year average P/E of 47.34. However, its current dividend yield of 3.23% is lower than the five-year average dividend yield of 3.96%. And while the current P/E is higher than the amusement, gaming, and recreation sub-sector average of 19.97 and the S&P 500 (SPY) average of 17.96, and its price-to-cash flow ratio also exceeds that of its sub-sector and the index, this trend is not true across every metric.

Figures collated from Morningstar and TheStreet.

Flutter Entertainment will survive the coronavirus outbreak as it is the largest gambling company in the world, and while its short-term finances are less than ideal, it is profitable enough to maintain its market dominance. However, it does not merit a 17% premium to fair value, and prospective investors would be better served waiting for a pullback before parking money here.

Disclosure: I/we have no positions in any stocks mentioned, and no plans to initiate any positions within the next 72 hours. I wrote this article myself, and it expresses my own opinions. I am not receiving compensation for it (other than from Seeking Alpha). I have no business relationship with any company whose stock is mentioned in this article. 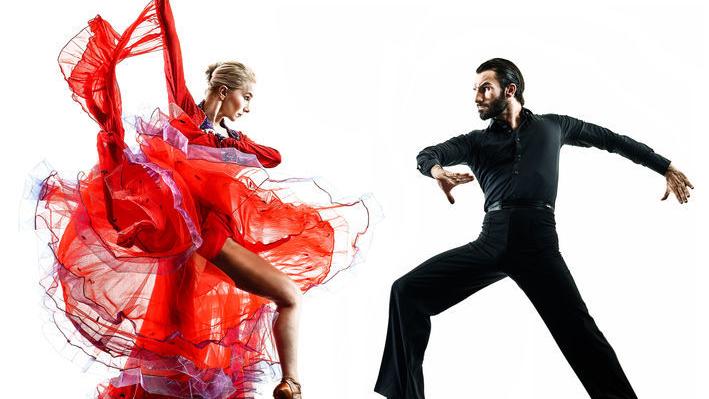