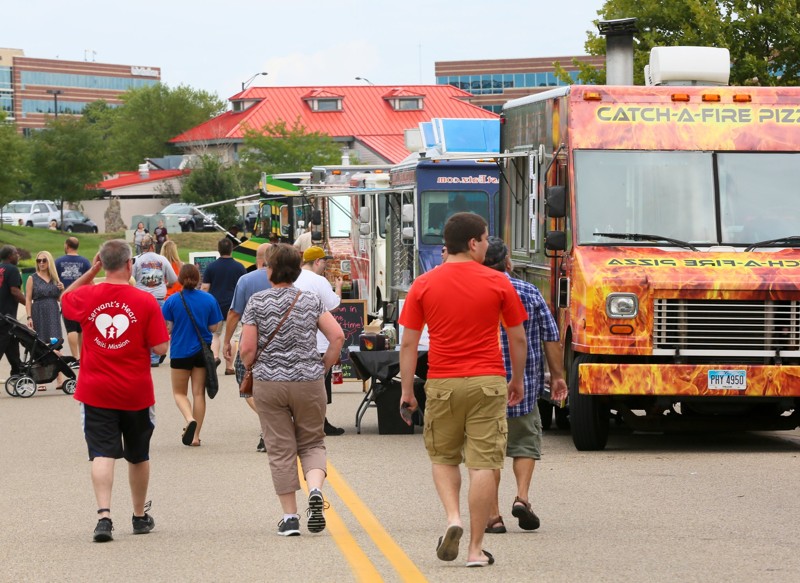 Items available include barbecue, wings, burgers, desserts and more. There will also be gluten-free and vegetarian options available.

Beer, wine and non-alcoholic drinks will also be sold.

2. Country singer Jordan Davis will get the party rocking

Singer/songwriter Jordan Davis will be the entertainment headliner for this year’s event. Davis, a native of Shreveport, La., now calls Nashville home.

“We are really excited to have Jordan Davis with us this year. He has a No. 1 country hit out right now called ‘Singles You Up,’ ” said Rebecca Wilber, president of the Union Centre Boulevard Merchant Association, which organizes the annual event.

Davis is expected to perform at about 9 p.m.

﻿MORE: This candy store in Middletown has pickle juice soda, homemade donuts and a candy buffet

3. Stick around for the fireworks

Fireworks sponsored by West Chester Twp. will begin at 10:15 p.m. There will also be live entertainment throughout the day.

﻿MORE: Tim Hortons Oxford location among those in Cincinnati area to abruptly close

4. When you fill your belly, you’re also helping a good cause

Wilber said a portion of the proceeds from the event will benefit Big Brothers Big Sisters of Butler County, which supports children through one-on-one mentoring.

5. It’s a great way to say goodbye to summer

The annual celebration of food is expected to attract about 15,000 people, according to organizers.

“It’s our sixth year and the event keeps growing and growing,” Wilber said.