Fordham Blog: Rebell’s New Lawsuit Will Assert the Right to an Education 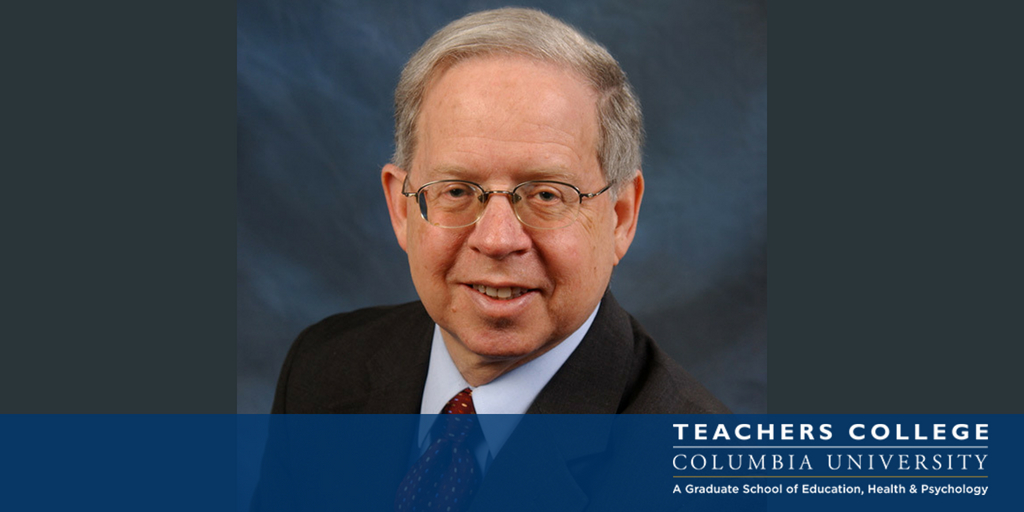 The Thomas B. Fordham Institute’s “Flypaper’ education blog, by Robert Pondiscio, features TC’s Michael Rebell and a federal lawsuit which he expects to file this fall, which will argue that American public schools are not adequately preparing children for citizenship. Rebell, executive director of the Center for Educational Equity (formerly Campaign for Educational Equity) and professor of law and educational practice at Teachers College, is working with TC and Columbia Law School students on the lawsuit (in a location that hasn’t yet been disclosed), which he hopes will establish the constitutional right of all Americans to an education that prepares them to participate as citizens in a democracy.

Public schools across the country have forsaken civics education in recent decades in favor of literacy and math instruction and preparing students to join the workforce. The lawsuit, which Rebell and his students hope to take to the U.S. Supreme Court, will argue that in doing so, schools have failed in their critical mission to enable the nation’s children “to participate fully and knowledgeably in civic life as adults,” Pondiscio writes. Rebell’s lawsuit will challenge a 1973 Supreme Court decision in Rodriguez v. San Antonio that the U.S. Constitution does not provide a fundamental right to an education, and that the Equal Protection Clause “does not require absolute equality or precisely equal advantages.” The lawsuit is part of the Center for Educational Equity’s comprehensive project of research, legal analysis and advocacy to foster preparation for civic participation.

Rebell has a long history of fighting for equity in public schools. He led the Campaign for Fiscal Equity lawsuit in 1993 against New York State, arguing that it was not giving New York City public schools their fair share of state education funding, “functionally denying students their right, guaranteed in New York’s State constitution, to a ‘sound, basic education,’ ” Pondiscio writes.

After a series of higher court challenges, New York State’s Court of Appeals affirmed that right in 2006, and the state legislature subsequently approved billions of dollars in additional state aid.