From the birth of computing to Amazon: why tech’s gender problem is nothing new | Technolo… 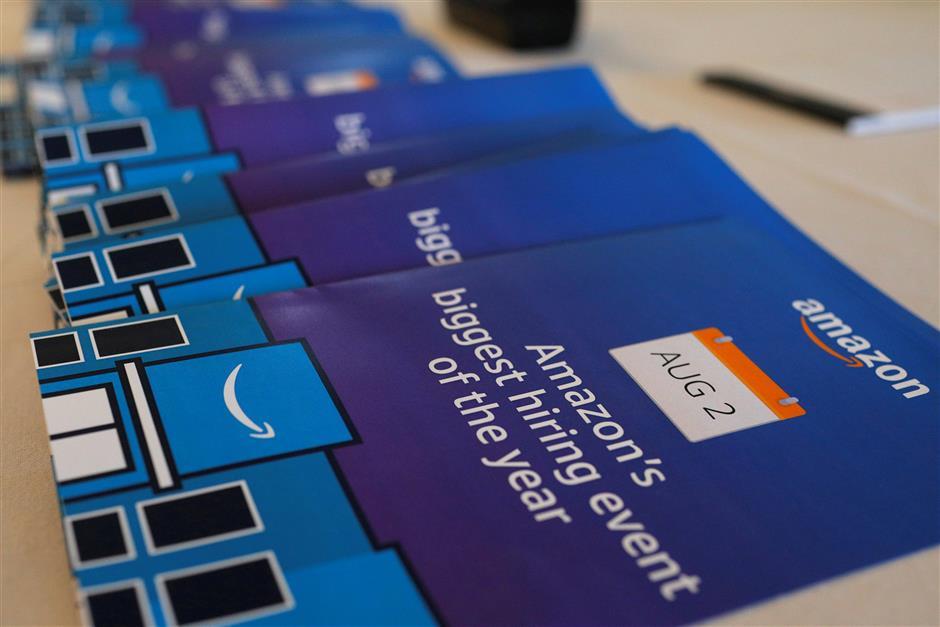 A recent report revealed Amazon’s AI recruiting technology developed a bias against women because it was trained predominantly on men’s resumes. Although Amazon shut the project down, this kind of mechanized sexism is common and growing – and the problem isn’t limited to AI mishaps.

Facebook allows the targeting of job ads by gender, resulting in discrimination in online job advertisements for traditionally male-dominated jobs from construction to policing. The practice has long been illegal in traditional print media – but Facebook’s targeting tools encourage it. Not only can this affect whether women and non-binary people can see ads; it also affects male job-seekers who are older and therefore viewed as less desirable by many employers. Facebook has come under fire for illegal advertising practices in the past: notably, it scrapped thousands of microtargeting categories after a 2016 ProPublica report showed how it allowed racial discrimination in housing ads.

The platform has repeatedly refused to take responsibility for what people do on it, echoing the behavior of other Silicon Valley companies. Gendered and racialized harassment online goes largely unchecked. Likewise, Google’s YouTube has come under fire for algorithms that appear to push radicalizing far-right content onto casual viewers, while Google itself has faced accusations that its image search and autocomplete features rely on and strengthen racist and sexist stereotypes.

As online platforms strip away civil rights protections intended to correct biases in earlier forms of communication, it serves as an example of the dangerous tendency of our current, and supposedly progressive, technologies to re-create discriminatory patterns of the past. Indeed, these problems fit a pattern in the long trajectory of the history of technology.

Today, jobs in computing, if advertised on Facebook, would likely be targeted to men because these jobs are located in an already male-dominated field. In the early days of electronic computing, however, the work was strongly associated with women. It was feminized because it was seen as deskilled and unimportant. This quickly began to change as computers became indispensable in all areas of government and industry. Once it became clear that those who knew how to use them would have great power and influence, female programmers lost out despite having all the requisite skills. Britain’s computerization is a cautionary tale: women were repeatedly and progressively denied promotions or boxed out of their jobs, particularly when they married or had children. When they left, they were replaced by men. This created disastrous labor shortages that ultimately forced Britain’s decline as a computing superpower.

Women continued to program, but they had to do it without the support of major institutions. One example was the entrepreneur Stephanie “Steve” Shirley, who used a masculine nickname to sidestep sexism. Shirley started a freelance programming company with an explicitly feminist business model after finding herself unable to advance in government and industry. She employed hundreds of other women who had similarly had to leave the workforce. Shirley gave these women an opportunity to use their skills in the service of the nation’s economy by giving them the option to work from home, filling some of the gaps left by this exodus of trained computer professionals from full-time computing work.

Shirley’s business, built on women’s labor and expertise, went on to become a multimillion-dollar corporation that did mission-critical programming for government and private industry. As the government scrambled for male computing talent, for instance, a team of her female programmers, led by Ann Moffatt, programmed the black box for the Concorde jet. As Shirley’s business flourished, many other companies and even the British government itself suffered for lack of programming talent.

The irony is that this shortage had been intentionally engineered by the refusal to continue to employ female technologists in these newly prestigious jobs. Throughout history, when jobs are seen as more important, or are better paid, women are squeezed out – hence the need for protective legislation that ensures equality of opportunity in hiring and job advertisements.

In computing today, a field that claims to value diversity, engineers at Facebook and other companies are building tools that rollback the advances of women in the workforce, as the industry undoes the civil rights protections enacted to ensure that what happened in early computing does not happen again.

When industries ignore their pasts, they tend not only to repeat previous mistakes, but also to worsen current problems. Silicon Valley’s gender problems are well known, and despite companies’ claims that they are trying to address the problem, progress has been slow and uneven. This is not surprising when we consider the context. Although the industry is facing a reckoning today, for decades the stories that we told about computing technology focused on inexorable success, rather than taking seriously the possibility that our new technologies were failing us. High technology became virtually synonymous with progress and the greater application of computing to all manner of social problems was seen as a good in and of itself. As a result, we are largely blind to the errors of the past. We fail to see the problems in our present and the reasons behind them because we are too accustomed to seeing computing as a success story.

The refusal to talk about computing’s failures in the past has not served us, or present-day computing, well. Rather, it has hidden problems that have plagued the field since its inception. Facebook’s discriminatory practices towards female users in everything from job advertisements to harassment can be traced back to its predecessor, the beta site set up by Mark Zuckerberg while at Harvard that stole female undergrads’ pictures from internal Harvard servers. The site, known as Facemash, objectified the women for an audience invited to rate their relative attractiveness. When we consider Facebook’s current problems in this light, they not only seem less surprising but also potentially more solvable.

Lessons like this are critical today because high technology has an outsize effect on every aspect of our daily lives, and it is also, in many ways, steadily moving us back towards a past that we thought we had forgotten. Much of the anti-racist and anti-sexist legislation of the 20th century has been invisibly rolled back by tech infrastructures that invite users to see their online actions as unmoored from real life – whether in the realm of hate speech or job advertisements.

Strong representation of women in the labor market is key, historically and today, for women to be able to assert their rights in all aspects of their lives. Companies like Facebook cannot be allowed to divide and conquer by gender, race, sexuality, age, disability, or any other number of categories people have fought to protect by law as deserving of equal rights.

Marie Hicks is an associate professor at the Illinois Institute of Technology in Chicago, Illinois, and a fellow at the National Humanities Center. Hicks is the author of the book Programmed Inequality: How Britain Discarded Women Technologists and Lost Its Edge in Computing (MIT Press, 2017). Read more at marhicks.com