Funny Polar Vortex 2019 Memes That Won’t Keep You Warm, But Will Make You ROFL! 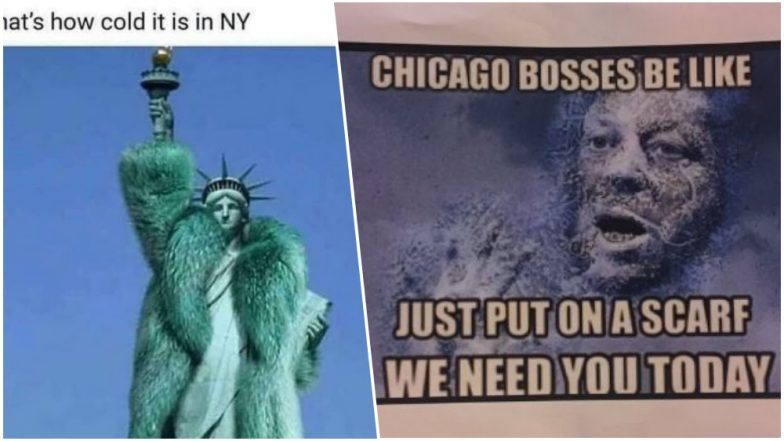 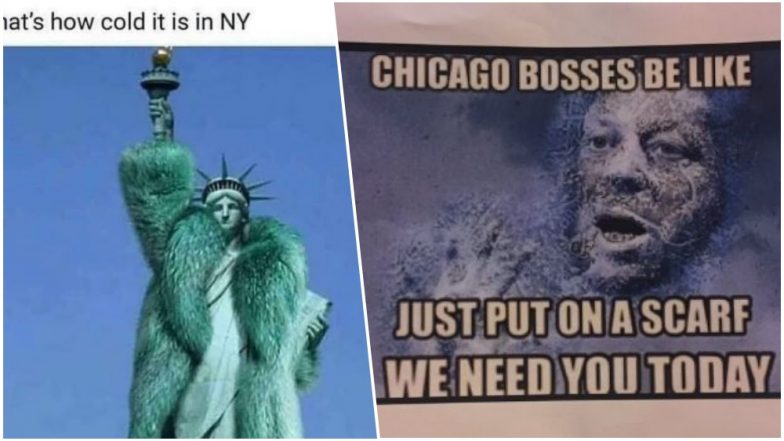 Polar vortex memes seem to be spinning towards us at a rate faster than the real McCoy. In case you are scratching your heads, the polar vortex is a large area of low pressure and cold air surrounding the Earth’s poles, and it has left the American Midwest in a deep freeze-like situation. The US is facing a teeth-chattering chill of -50 degree Celsius and the authorities have warned people against stepping out into the freezing cold. According to reports, 21 people have already lost their lives to the polar vortex chill. As grim as the situation is, the internet has still managed to find humour in a dangerous situation. While you keep your tootsies warm, here are some funny ROFL-worthy polar vortex memes from across the web.  Polar Vortex ‘Boiling Water Challenge’ Goes Viral! Watch Videos of Hot Water Turning Into Ice in Seconds.

Millions of people are stranded indoors after official announcements advised against venturing outdoors. The days are the coldest in decades, and many have lost their lives already. But even as the situation turned grim, many took to Twitter and Instagram to share a few laughs. Here’s looking at a few of the chilliest ones, geddit? Polar Vortex 2019: What Happens To Human Body At -50 Degree Celsius and How To Avoid Hypothermia.

Even cars in Illinois aren’t amused with this arctic blast. pic.twitter.com/WfNZIrcWZG

every student in the midwest who didn’t have school today #PolarVortex pic.twitter.com/jsF74sgAV9

Does anyone else see this when they look at the Polar Vortex map?#PolarVortex #PolarVotex2019 pic.twitter.com/CW1C85hrSS

Everybody talking about the polar vortex and my boss is like :

Apparently a wild dick ran through my yard… #PolarVortex2019 pic.twitter.com/H9TY8yXkDD

This is one of the best and most genuine announcements from any Police department I have ever seen ? #polarvortex pic.twitter.com/B25NsW8k48

These memes may be funny, but polar vortex is no laughing matter. The last 48-something hours have been tedious. To beat the chill and to stay safe, here are some tips to keep yourself warm.