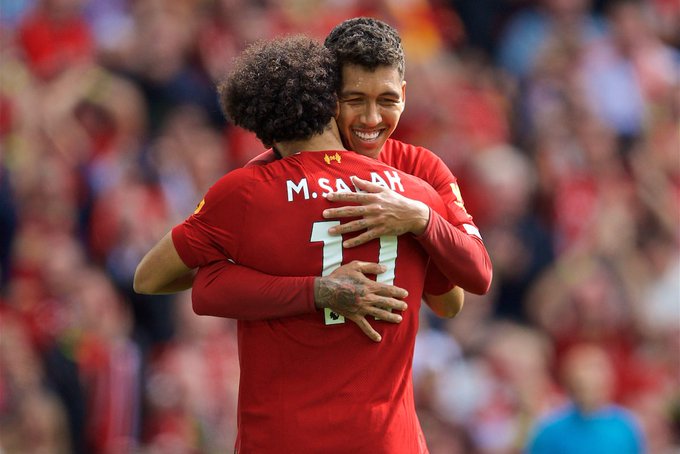 Liverpool registered their fifth win of the 2019-20 Premier League campaign after beating Newcastle United 3-1 at Anfield on Saturday afternoon.

With that result, the Reds have made a perfect start to the season, winning all of their matches.

There was double delight for Liverpool as Premier League champions Manchester City suffered a shock 3-2 defeat against Norwich City at Carrow Road.

The Premier League newcomers stunned everyone after they pulled off a memorable victory last night, beating Pep Guardiola’s side in front of a vociferous home crowd.

Liverpool’s win and consequently City’s defeat means the Reds now have taken a healthy five-point lead over their rivals after just five games.

Stat: @LFC’s lead of 5 points is the biggest after 5 matches in Premier League history.

The Reds finished last season with 97 points and lost only once in the entire 2018-19 campaign. Yet, they lost the title to Manchester City.

Although Liverpool have taken an early lead, City are well capable of closing the gap. In fact, this could bring out the best from the Champions in the coming games.

Liverpool will face Chelsea in their next Premier League fixture at Stamford Bridge. Manchester City, on the other hand, will face Watford at home.