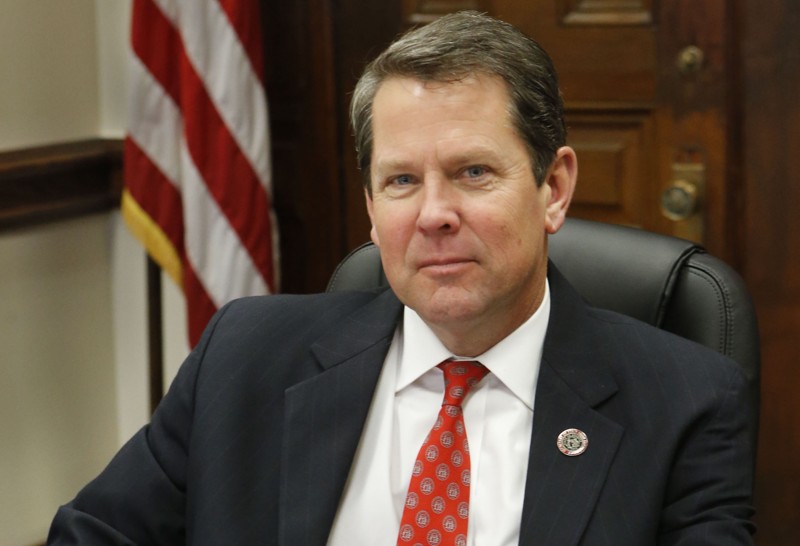 Kemp’s aides detailed the proposals, meant to help thousands of Georgians get health insurance, at a joint hearing Tuesday afternoon of the Senate and House Health committees. Listeners began to decide whether they liked that it would make important progress — or mourned that it fell short in dealing with opioid addiction, maternal health, mental illness and other top state priorities.

“Since we’ve seen over the last few years that Medicaid expansion has not been a priority at all for the majority (Republicans), then we’ve got to have something,” said state Rep. Dexter Sharper D-Valdosta, who voted for the legislation enabling Kemp to design the limited programs, Senate Bill 106. Sharper said it could insure more people and help them have healthier lives, and “I can’t sit here and say no I’m not going to support that.”

He added: “But honestly, in my opinion, even if you put this waiver into action, you’re still going to have a great number of uninsured people in Georgia that will still put us in a position where we will still have higher premiums and higher health care costs. That’s my opinion. Basically, we’re putting a Band-Aid on it for a while.”

Sharper’s hope is that the state will take further steps in the near future.

One thing the lawmakers all had in common: They didn’t understand all the details yet.

The most ambitious set of proposals affect the private insurance market for individual customers, including the Affordable Care Act’s health insurance exchange. It would set aside more than $360 million in state and federal dollars to subsidize private insurance claims, an initiative that could end up saving higher-income policyholders hundreds of dollars a month in premiums, especially in rural areas. Lower-income policyholders would see less change. The plan also aims to move the federal Obamacare subsidy program more under state control and subsidize plans that don’t cover all benefits, such as mental health or maternity care.

The second set of proposals would offer Medicaid or subsidized insurance to poor adults who currently are not covered by Georgia Medicaid. Kemp’s office estimates there are perhaps 408,000 of them. After imposing a requirement that they be engaged in work or other approved community engagement for 80 hours a month or more, his advisers estimate the plan might enroll about 50,000 of them at any given time. That means more than 300,000 would still be uninsured.

Questions ranged from supportive on the Republican side to cautiously optimistic or skeptical on the Democratic side. In statements health care advocates emailed, tweeted and spoke, reactions ranged the gamut.

“I think this is marvelous what you all have been working on,” state Rep. Lee Hawkins, R-Gainesville, told Loke and Fulenwider.

State Sen. Jen Jordan said that, because of administrative costs and more limited federal funding, the state could wind up paying roughly as much to cover the 50,000 Georgians under Kemp’s proposal as it would to cover about 500,000 poor Georgians through a full Medicaid expansion under the Affordable Care Act.

“How about that for fiscal conservatism?” she asked.

Kemp’s aides criticized Jordan’s analysis, saying she was inventing numbers and they had not even determined what implementation costs would be yet.

Republicans focused on the things the plans include: coverage for pre-existing conditions in private health plans, and a chance at Medicaid or subsidized insurance for any poor person who can meet the requirements.

Democrats raised concerns about the hundreds of thousands who would likely remain uninsured, wondered whether insurance companies will really pass on all their savings from the subsidies to their customers, and questioned why none of the six public comment sessions was scheduled in metro Atlanta.

Sharmen Gowens, the CEO of the YWCA of Greater Atlanta, said advocates for women’s health still needed to understand more. “An important question to ask is how will this proposal shift cost to women, or reduce coverage for women, in a state with one of the highest rates of maternal mortality and preterm births in the country,” Gowens said.

Earl Rogers, the president of the Georgia Hospital Association, said in a statement that at first glance the plan “does not significantly move the needle for rural and safety net hospitals who care for the state’s uninsured patients.”

A lobbyist for Georgia’s rural hospitals, Monty Veazey, grappled with the insistence by the governor’s aides that the plan opens Medicaid coverage to all 408,000 poor and uninsured Georgians while their own projections show that after screening for the requirements, the program will leave all but 50,000 or so of those people still uninsured.

Tom Andrews is president of Mercy Care, part of the charity safety net.

Andrews said he understands the types who will wind up in that 300,000-plus uninsured pool.

“I’m reluctant to prejudge, but at the same time it doesn’t add up,” he said. “I have no problem with work requirements. But to have a job first, or something comparable to a job, before you give access — many of the people we serve, you can’t expect them to have a job. A typical person, who has bipolar disorder, doesn’t have housing, doesn’t have a shower — you’re saying before you give them access to treatment you have to have a job?”

Many advocates for Kemp’s plan said those people would be covered as disabled. But he cautioned that’s usually not true. Being disabled isn’t the same thing as being federally qualified for disability, a strict and very long process.

“On the surface it doesn’t appear like it’s really going to impact positively the patients we serve,” Andrews said.

Your subscription to the Atlanta Journal-Constitution funds in-depth reporting and investigations that keep you informed. Thank you for supporting real journalism.