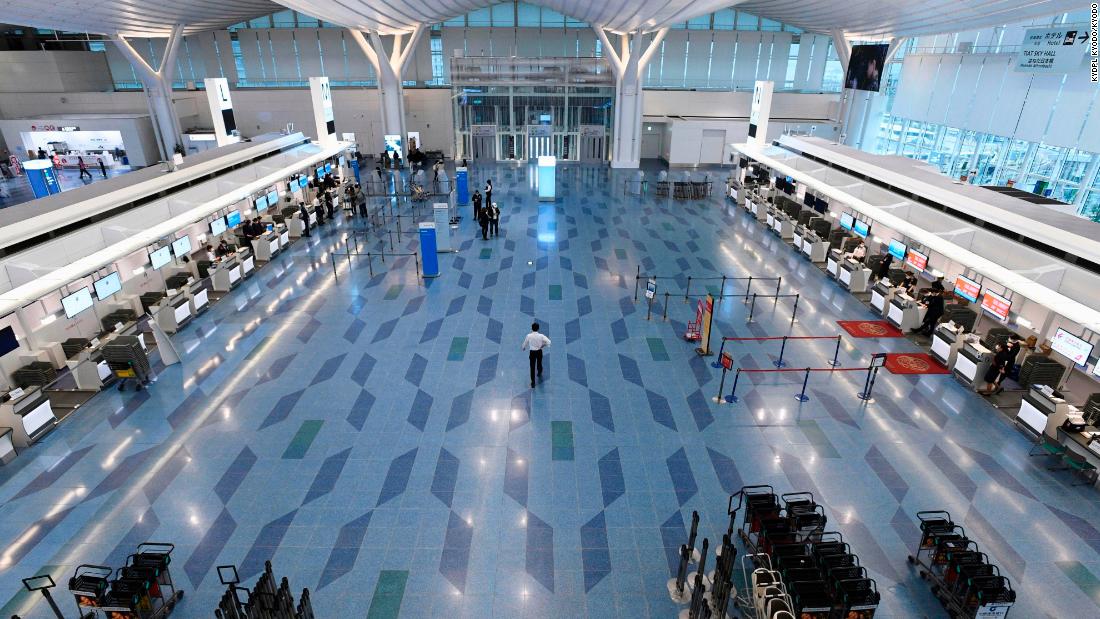 (CNN) — Coronavirus has no doubt put the travel industry into a tailspin.

Hotels, too — both big brands like Marriott International and Hyatt Hotels as well as small family-run properties — are hurting as reserved guests cancel their stays for fear of traveling and don’t rebook.

Henry Harteveldt, a travel industry analyst and the founder of Atmosphere Research Group, estimates that hotels could lose more than $30 billion worldwide because of coronavirus.

But while the outbreak’s trajectory has been speedy, there is a windfall for travelers: substantially reduced airfares and free extras at hotels and from tour operators that are worth hundreds of dollars — even during the upcoming peak summer travel season.

“This is not a situation to be taken lightly, but it’s an incredible time of opportunity that travelers should take advantage of,” says Jack Ezon, the founder of the New York City luxury travel advisory Embark Beyond Travel. “We’re telling our clients not to waste this crisis and to jump on the value and flexibility they have now more than ever before. They can plan ahead with no strings attached with major upside.”

Harteveldt agrees that this is a time of deals. “For people who feel comfortable traveling, there are going to be great bargains out there with flights, vacation packages and hotels,” he says.

The decision to travel is a personal calculation that should take State Department and other international travel advisories into account.

Many travel companies are including options for penalty free cancellation or rescheduling for bookings made during this uncertain time, so travelers have some peace of mind if the situation deteriorates in their destination or doesn’t substantially improve before their scheduled departure.

There are several benefits to booking that late spring or summer vacation now, says Ezon.

For one, iconic and coveted hotels in popular destinations such as Capri and the South of France that are normally sold out six months to a year in advance suddenly have room availability.

Most of these properties have strict 10 to 45-day cancellation policies during the spring and summer but, in a bid to attract guests, have cut these policies down to a few days and are throwing in upgrades and valuable amenities as an added incentive.

Travel advisers such as Ezon, who have strong relationships with certain properties, are even able to secure upgrades at the time of booking that are two or three categories higher than the room their clients requested and secure amenities such as breakfast and food and beverage or spa credits.

Hotel Esencia on Mexico’s Riviera Maya is offering deals on stays in May and June.

Hotel promotions and lower rates are appearing in destinations all over the world.

Melia Hotels, with more than 350 properties globally including in Peru, Orlando, New York and Mexico, is having a flash sale with discounts of up to 45% on stays at any of its locations, along with a flexible cancellation policy that varies by hotel.

One is the European Staycation Series that includes 28 luxury hotels such as the Dylan Hotel, in Dublin, and the Pure Salt Port Adriano, an oceanfront resort in Mallorca, Spain. Travelers who book this offer, which starts on March 23, get a minimum of 30% off the best available rate plus 5,000 bonus points for the brand’s I Prefer loyalty program.

On a smaller scale, Hotel Esencia, an upscale resort in Riviera Maya, Mexico, introduced a promotion for stays in May and June where travelers can choose either a third free night or unlimited spa treatments for one person in the room. “We had nine cancellations because of coronavirus, but those have been offset by new reservations that we got right after we introduced this deal,” says owner Kevin Wendle.

The Grand Hotel Tremezzo, in Lake Como, Italy, is one example of an upscale family-run property trying to entice people to book later this year in hard-hit northern Italy.

Owner Valentina De Santis said that the hotel has received many cancellations for the coming months, but she plans to open it sometime in April as soon as the Italian government lifts a lockdown that was extended to the whole country on Monday.

Guests who book now for the summer can expect “special treatment” based on their preferences, she says. A room upgrade, for example, or an experience of their choice that’s worth upwards of $200 a person such as a private boat tour of the lake, a spa treatment or dinner with wine at the hotel’s fine-dining restaurant, La Terrazza.

Those who pre-pay for their stay also get 15% off the best available rate until mid-May and can get a full refund up to 24 hours in advance if they choose not to travel.

“We always want to pamper our clients, but this is a time to pamper them even more,” says De Santis.

Other travel companies are also being more generous.

Adams & Butler, a luxury travel company based in Dublin, usually requires full payment of a trip three months in advance of travel.

In light of the virus, however, owner and founder Siobhan Byrne Learat says that clients have the option to postpone their trips without penalty if they do so two weeks before their travel date or get a full refund if they cancel 21 days before their travel date; they can also transfer their booking to another person. And, travelers who book a trip now for anytime this year get free airport transfers and a walking tour of their choice.

“Cutting down our cancellation policy is meant to give people peace of mind in that they’re not financially committed to a trip that they may not want to take as it gets closer to the travel date,” says Learat.

Airlines, train companies and transit systems are increasing their cleaning routines to keep people safe from coronavirus, but surfaces like subway poles and escalators can become contaminated quickly.

The values to be had at hotels and the increased flexibility around traveling may be attractive, but the dip in airfare prices in the current coronavirus environment are comparatively more substantial and head-turning.

“We’re now able to get a ticket in business class for our clients for summer travel that costs what an economy ticket did a month ago,” says Ezon. “The deals are unheard of.” (Airlines, for their part, don’t comment on fares).

For a departure on July 20 with a return on July 28, for example, Ezon was able to find a business class ticket from Newark Liberty International Airport to Nice, in the South of France, on United Airlines for $2,563 — a fare that would normally be at least $6,000, he says.

Travel on those same dates from Newark to Paris on the all business class airline La Compagnie was $1,600; from John F. Kennedy International Airport to Lisbon on TAP Air Portugal, it was $2,196.

Nearly empty airports such as Tokyo’s Haneda show how hard air travel has been hit.

Tickets in economy class to these cities, Ezon says, can be had for less than $500.

Domestic and Caribbean flights have also dropped in price.

According to data from Expedia.com, airfare to Miami from multiple cities in the United States from February 2 to March 5 for travel through September 30 was 25% less expensive, compared with the same period in 2019.

This is also a time to redeem those airline miles for future trips, says Zach Honig, editor at large of the travel site The Points Guy. “I have never seen the points availability be so good or flexible,” he says. “You can use them toward tickets for spring and summer trips.”

However, Honig says that since cash prices for tickets are so low, travelers should actually consider buying tickets and earn points instead. “That is a smarter strategy right now,” he says.

Despite the scores of people who are afraid to travel because of coronavirus, some are jumping on the values they’re finding.

Ezon says that Embark received 15 bookings last week for vacations in the next two to six months, and Paul Tumpowsky, co-founder of the online luxury travel company Skylark, says that it had more than 200 bookings last week. “Our clients are going everywhere in the world except Asia,” he says.

Richard Humphrey, who lives in Manhattan and works in the aerospace industry, booked a mid-March trip last week with Skylark to Berlin for him and his fiancée.

The couple is staying at the five-star boutique property Das Stue and paid $1,500 a person for a four-night trip that includes accommodations and flights. The trip would normally cost close to $3,000 a person. In addition, Skylark was able to get them an automatic upgrade to a suite, breakfast, an early check-in and late check-out and $400 in food and beverage credits.

“We are not at all nervous traveling,” says Humphrey. “We will take all the hygiene precautions, but we don’t want to stop our lives. Pleasure travel is a part of those lives.”