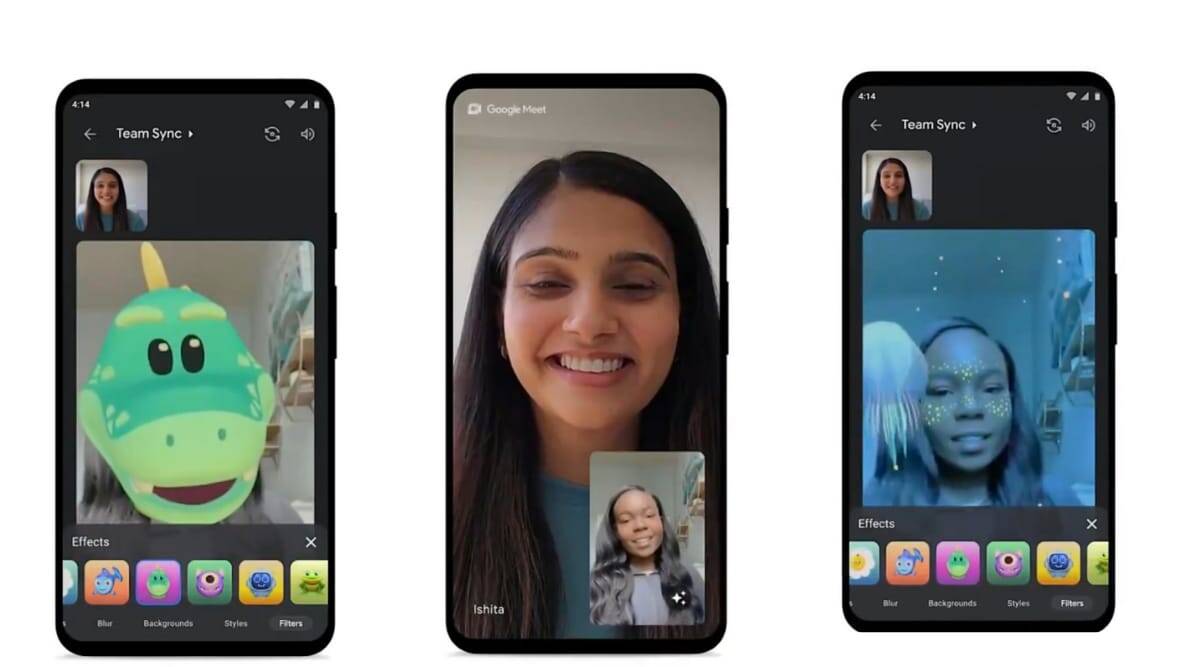 Google Meet has started receiving new video filters, effects, and augmented reality masks for personal calls on iOS and Android. Google revealed the same via its official Twitter handle. You will be able to get these elements using the sparkle icon at the bottom right of your video call feed.

While a majority of these added options are only available for personal Gmail accounts, Workspace users will get a limited selection of blurring and virtual background options.

Google’s decision to introduce these video effects could mean that the company is shifting its attention from targeting enterprise and business users, to consumers. The search giant had released Google Meet free to personal Google accounts last year. The new filters seem to be pretty similar to what Google offers on its consumer-focused Duo video chat service. According to a report by 9to5Google, the company plans to eventually replace Duo with Meet.

Add cats, astronauts, jellyfish and more to your Meet calls. New filters, masks and effects are now available for Meet on Android and iOS. Try it today → https://t.co/DDSvWFxDG8 pic.twitter.com/hylhsCcUuj

Google Meet has been getting a lot of features and improvements in the last few months. Just recently the platform released a new update, to improve its hand raising feature. The update was aimed to make it easier for users to spot and acknowledge raised hands during a video conferencing session. The platform introduced an improved visual icon and animation on the video tile.

In addition to this, the video calling platform will also place users with their hands raised to a more visible position during a session. Google started rolling out the new feature via an update on June 16.