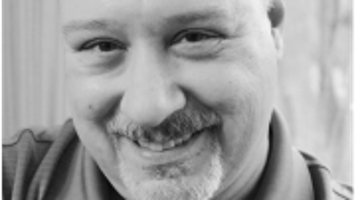 They say that all politics is local. This is true. Equally true is the notion that the government closest to you is the entity of government that affects you the most. So, when local politics and the power brokers behind local politics are corrupt, the people suffer.

Corrupt politicians are nothing new to politics. They are chronicled back to the Roman Empire and before. Power plays during the times of the pharaohs were commonplace and the Ides of March saw Caesar on the wrong end of a multitude of daggers. So, too, are power brokers infamously enshrined in the annals of history.

One of the most significant double-edged swords to emerge in recent years where politics and government are concerned is social media.

On the one hand, it obliterates the monopoly on information that the mainstream media held to date. No longer can the “Big 3” networks propagandize ideologically about things like the Tet Offensive (actually a significant victory for the United States but characterized as a loss by CBS news anchor Walter Cronkite and others) and get away with molding the opinions of the American people. Social media has allowed the people to call the propagandist media out on manipulation.

On the other hand, we have disingenuous power players (or “trolls”) who seed disingenuous content on social media to further the poison-politics of their “operative” candidates, most often elected officials running for re-election who would serve as a gateway to monetary benefit to special interest parties. A perfect example of this would be the politician running for re-election who is bankrolled by deep-pocket developers who expect quid pro quo when zoning variances and other legislation come before the local authority. “You give me a contribution and I will see the good in your project for the community,” or, in other words, “You wash my back and I’ll wash yours.”

Social media trolls will gin-up unwarranted outrage by seeding disingenuous content and queries so that people engage emotionally, and before they explore the facts of the matter from valid and legitimate sources. This is the sharper edge of the double-edged sword. Our society has become so addicted to convenience that it mistakes (or not) supposition for fact because it believes it is getting legitimate information on social media.

Facebook “groups” have established administrators to vet individuals and content, but many of those groups are decidedly jaded to a position or a movement, political or ideological. Who is to say that those administrators aren’t ideologically skewed to a particular line of thought; that they aren’t willing to dedicate themselves to one-sided coverage or to advancing known untruths to achieve their goals?

Progressives and disingenuous political operatives believe, in their heart of hearts, that the end justifies the means.

While this malady is certainly happening at a national level, it is more destructive and more prevalent on local levels. Because media — and especially mainstream media — is geared toward attracting the largest audience (a must for purposes of ratings and profit) local politics is most often incubated on social media. This allows for inexperienced and disingenuous political operatives and “wannabes” to pollute the information that voters (citizens and taxpayers) consume about the goings-on. False statements, known untruths, disingenuous memes and flat-out smears are their practice and trade. Want to be a “news source”? All you have to do is throw up a Facebook page, call it a newspaper, buy a banner and pretend you are a journalist. The result of their efforts is elevating corruption to elected office.

So, what can be done to neuter the disingenuous local power brokers? The answer is simple but it requires effort, and sadly effort is something our society has conditioned ourselves not to expend unless it is about our own personal pleasures.

We all — all of us — need to go to the sources for information. If information is cited in an article, go to the citation and consume the information from the source. If a notion is floated that seems explosive, question the author or poster for source information. Don’t consume hearsay on social media as fact; vet the information for validity. Question everything and everyone. Demand sources, and if the originator cannot provide them consider that source as invalid. Demand and expect truth and when you come across someone who is advancing propaganda or untruths; unmask them and brand them with a nuevo scarlet letter: “P” for propagandist.

Social media is a fantastic forum and it helps us to keep in touch with people, alerts us to events and, yes, keeps us up with the happenings in our neighborhoods, towns and cities. But just like any other information source, social media has its dark side and its dark players — those who would gain (usually monetarily) from manipulating your understanding of the issues.

Please take the time to find source information so you aren’t duped into doing the disingenuous their bidding. As President Ronald Reagan said: “Trust but verify.” It’s the intelligent thing to do.

Frank Salvato is the operating partner at The Archangel Organization, a management and organizational strategies group. He serves as managing editor of The New Media Journal. The opinions are the writer’s.