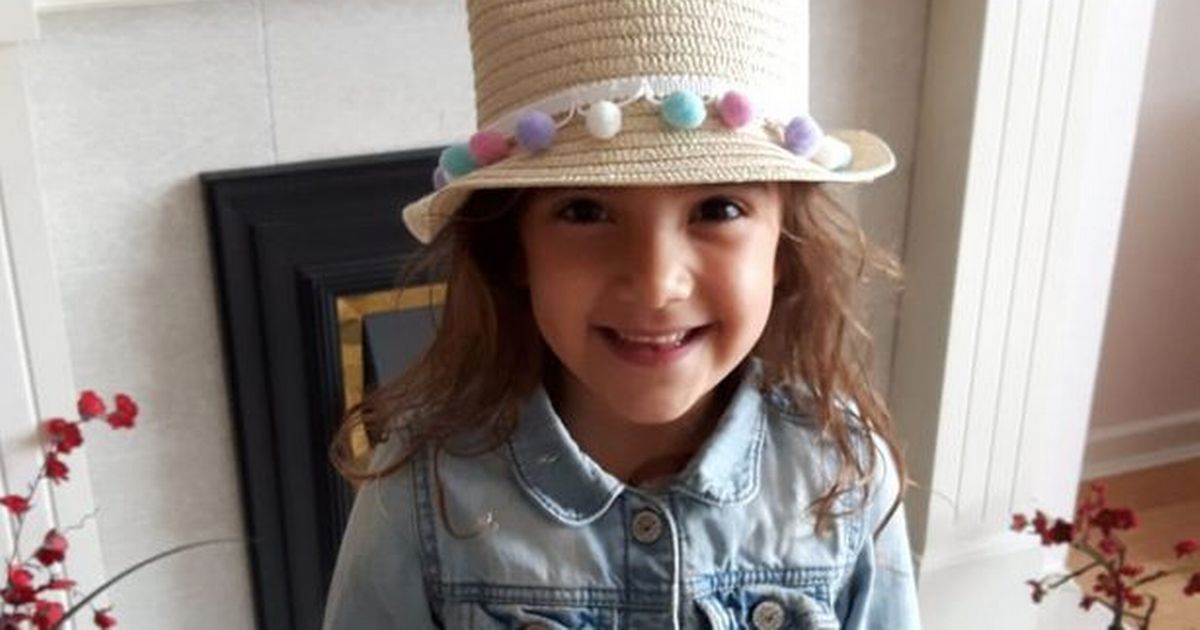 A mum and dad have revealed their heartbreak after a five-year-old girl died suddenly and tragically.

Esma Guzel passed away in May this year – and her heartbroken parents have now spoken out over their grief.

Little Esma died from an undetected condition while on her way to the hospital.

She was suffering what was originally thought to be a sickness bug.

Esma has subsequently been branded “happy, funny and energetic” – and her death has left her parents’ world “upside down”.

Her devastated parents say that since her passing, the “spark of life she made has gone”.

The girl was “really funny, confident, loved life and was the life and soul”, HullLive reports.

“This has happened and it will never go away and will die with us,” she said.

“The spark of life she made has gone. We lived for our family and family things.

“At the minute, I can’t bear to take a picture without her. What gets me is that we were so happy and lived for the kids and loved our life.”

Up until the day before she died, Esma, a pupil at Croxby Primary School in Hull, was just like any other little girl.

She loved swimming and gymnastics and spending time with her siblings Milika, 12, and Evren, seven.

There was no obvious sign that Esma had the undetected condition Congenital Diaphragmatic Hernia (CDH) – a hole in the diaphragm that is usually picked up either before or shortly after birth.

Some babies have been known to die from the condition before surgery. Others, after surgery, go on to lead long and normal lives.

Kerry continued: “Esma was fit as a fiddle and always went swimming and to gymnastics and was always so energetic.

“CDH is usually detected through scans and I had three during my pregnancy with her, there was nothing. When you google it, you just see poorly children and babies, nothing like her.

“She deteriorated so quickly and we just need the answers.”

Just the day before she passed away on May 10, her dad, Erkan, said she had “bounced out of school, smiling”.

Kerry said: “She came home from school and was normal, went to my mum’s for her tea and just said, ‘Nanna, I feel sick’ and she was sick at my mum’s house. Erkan picked her up and brought her home.

“Later on, her sick went a brown colour and we kept her in bed and kept giving her fluids. She was exhausted.

“The next day she slept and we took her to the doctor and she checked her and said she thought she had a sickness bug.”

Esma was still sick and after calling 101, Erkan was advised to take her to an out-of-hours service in Beverley.

Tragically, by the time they reached the centre, Esma had already passed away. A doctor carried out CPR and she was taken to Hull Royal Infirmary but there was nothing they could do.

Kerry said: “Erkan took her in the car to hospital, carried her in and she never made it. She had already passed away.”

Her sudden death has left a huge hole in the family, who are now trying to raise awareness of CDH and are being supported by charity CDH UK.

The family had been looking forward to their annual holiday to Turkey to see their family. Their world revolved around family and the children.

Esma’s brother and sister are still struggling to come to terms with her death.

Kerry said: “She wanted to go shopping for her holiday clothes in May and was so excited.

“She was an absolute pleasure and was always giggling and she would keep everyone going. Milika and Evren are really struggling and have gone back to school now.

“Esma and Evren would read stories and play together. She was the one who would look after everyone and would protect her brother. She’s my son’s best friend, they played and did everything together. He’s just so lost.

“On a Monday, she would go swimming, on a Wednesday Milika would be at dance and on a Thursday she would go gymnastics and Evren would go to Football.

“On a Saturday we would play games and on a Sunday we would spend time as a family. It was the simple things like taking her to bed, reading a story and coming down to watch TV and have a cup of tea, just simple family things we all enjoyed.”

Kerry and Erkan hope that by sharing their tragedy, another family will not have to go through the same heartbreak.

Kerry added: “We want people to know about it, because if we had known about it we would have looked out and taken her to the hospital straight away.

“We want people to look out for the signs.”