Have Instagram Influencers Ruined Travel For An Entire Generation? 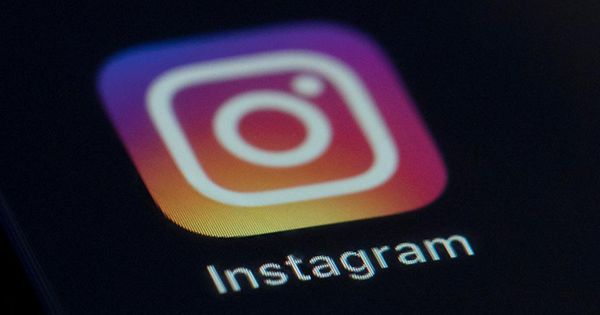 What a great platform Instagram has been for influencers to show off the worlds best destinations. Inspiring wanderlust and uncovering new hidden gems. Then, almost overnight, everyone seemed to want to do the same thing. Become an influencer, whilst missing the part about actually being influential. Images became less about the destinations, and more about pretty and edited images where individual egos and a drive for self-fame took over from the overriding message of inspiring travel. The destination took a back seat, and in an ever increasing attempt for ‘insta-fame’ people portrayed perfect lives of 365 days travel a year. Recent stories that have surfaced of apparent influencers editing the same pictures of clouds into different images does little to throw any water on the flames of the current argument.

Almost overnight, the word influencer became one of the most toxic words on the internet. The audience woke up to the fact that entitled ‘influencers’ actually have very little qualification to tell their audience what to buy, where to go and what to think, simply because they take set-up pictures. And rightly so people have woken up to this reality. There are plenty of influential people on social media – that is very different to ‘influenecrs’ who have seemingly largely now renamed themselves to ‘content creators’ – simply discounting from the actual talented content creators ranging from photographers to videographers out there. The crowd pilling into the ‘influenecer’ bandwagon also unfortunately discounted from those that could be classified as an influencer and being influential. Granted, that certainly exists—there are many people on social media that have built-up an adorning audience that cares about what they have to say, and where they go, but it has now become increasingly difficult to distinguish these people in amongst the wider noise. Having followers doesn’t translate to actual influence. This was recently demonstrated by the revelation that an ‘influencer’ with over 2 million instagram followers couldn’t sell 20 T-shirts to her audience.

How many times have you seen a beautiful picture of an overwater villa in the Maldives on Instagram? Could you actually remember the name of any resorts you see though in the Maldives or the hotel captured in those perfectly set up floating breakfast tray shots in Bali, with overly edited pictures? I certainly can’t.

Looks great doesn’t it? Double tap images, and then move on with your day. The remaining marketing message that you have been left with is that you want to go to said promoted destination, eventually. We are being sold a dream of a room that costs thousands of dollars a night, by people that (largely) couldn’t and wouldn’t be able to afford to stay there off their own accord, without complimentary nights to market the message—influencers have been using a follower count to live complimentary lifestyles sold to whoever pays the most—paid for, in kind, by their followers.

Would that be considered false advertising? Perhaps, but that’s a different topic altogether. The very problem here, and with the never ending push for influencers to get more ‘wow’ content, is that what we are seeing visually, is rarely what we are likely to experience when we travel in reality.

So what happens when we see this visual stimulation? We as the audience see someone’s supposedly perfect life and we wonder why and how this person has these amazing experiences and we don’t. Importantly, we see all these amazing destinations and when we as the audience make that once in a lifetime trip to them, it leads to disappointment that said destination isn’t how we have been made to believe it looks like. The book ‘Narrative of the life of Frederick Douglass’ gives an interesting insight into this. Douglass talks about slaves never being made to feel worthy. This hypothesis can be translated to how influenecers make an audience feel, that they have got it so ‘right’. We as an audience seeing all these beautiful destinations feel less worthy and over time, we actually need this ‘expert’ even more, so we can figure out how they are doing so well. We need to buy their product, their service, their presets even! But no you don’t, you categorically don’t. Because that’s how so many of these ‘influencers’ are able to portray such beautiful images onto us and continue this lifestyle. The audience inevitably pays.

I’ve heard of ‘influencers’ waking up so early at 5am to go and capture what later appears as perfect pictures at the Trevi Fountain in Rome. Granted, the number of tourists here is incomprehensible, and yes, visually, pictures may look better when you have the fountain to yourself—but what message does that send? When we turn up and see this beautiful landmark and it’s filled with hundreds if not thousands of people with selfie sticks and munching on gelato? The overcrowded reality vastly differs from what we have seen on Instagram, and it often disappoints—why wasn’t I able to get that perfect picture? How did the influencer get it so right and I didn’t? But the visual stimulation we have previously seen means travel is being ruined, because we should be appreciating the buzz, the vibe and the people that bring the destination to life. Would you rather have everything to yourself? No noise, no crowds? I certainly wouldn’t. This is why to all those influencers that edit people out of pictures on the Charles Bridge in Prague, or do idiotic couple acts like hanging out of a train kissing in Sri Lanka, my message to you, from someone that uses Instagram often as well, and has indeed visited every country, is to stop deceiving audiences with unobtainable visual stimulation. Be realistic, otherwise every travel experience will be a let down for your audience. People that have saved up for perhaps years to go to the Maldives and when they get there and don’t have that beautiful huge overwater villa we have all seen ‘influencers’ take a picture of on instagram—disappointed aren’t you? I would be too. The influencer got the villa for free, you would have had to pay thousands of dollars more for it beyond a standard room, and your vacation is not how influencers or instagram would have you believe it would be. There’s a continuing theme here.

Rewind back a couple of years. It all started out so well. The word influencer was quite new, and to a large extent, respected. A group of people that had carved out a niche on social media platforms to showcase the world’s best places and products. Then, like with anything good in this life, almost overnight, everyone tried to get in on being an ‘influencer’. Unqualified at best, and fraudulent at worst. Being an ‘influencer’ seemed a great ‘job’ for many—who wouldn’t want to travel for free and get paid to promote products you’ll likely never use?

Because someone takes an unattainably realistic photo and uses extensive editing software, how does that qualify them to preach about what is good and not. Let’s stop to think about the visual stimulation we get shown – ‘influencers’ show off these great destinations, but the pictures we see are rarely ever about just the destination are they? It is about ego and fame. Almost every post has aforementioned ‘influencer’ in the picture pulling some pensive pose like they have just discovered an entirely new destination— whilst likely promoting a clothing line at the same time.

What happened to a good old picture of scenery or a monument? Now, the people that take those pictures are the real content creators and photographers with actual talent in my opinion. Videographers that make inspirational content that inspire travel. We don’t need to go to a destination and see it as we have seen on an instagram post. The world isn’t perfect and that should be appreciated. The atmospheric buzz of crowds of people in our pictures I would rather take any day over a ‘perfect shot’. Stop for a moment and appreciate your surrounding, who you’re with, and become inspired. But again, you shouldn’t even be listening to me—carve out your own way and don’t let anyone on social media make you feel inferior.

I myself use Instagram extensively, but not as a platform to make my income, and have almost never done any paid posts. That doesn’t mean I’m against paid posts, but only when it’s a product an ‘influenecer’ would use themselves, and more importantly would and could pay for themselves, without their followers essentially footing the bill. I have also visited every country in the world and spend 360 days of the year on the road working remotely – does that instantly qualify me as an expert in the travel field? Absolutely not. If I get more likes than other people does that make me ‘better’? Not a chance. We need to appreciate our own individual experiences and stop pursuing the manufactured ‘influencer’ content we are shown. I’ve personally put a light hearted approach on this by laying on the floor like a splatted egg in front of monuments where there are scores of people trying to get that perfect picture like they may have seen on social media.

So the next time we arrive at that bucket list destination, and it doesn’t appear as visually stimulating as to what ‘influencers’ have demonstrated it to be, just remember to enjoy travel on your own terms. Not everything we see has to be about ‘Melbourne’s Top 10 most Instagrammable coffee shops’. Why should a coffee shop that looks aesthetically better than others get more customers, when other coffee shops may serve much better coffee? It shouldn’t all be about replicating what an ‘influenecer’ has done. Pictures are important memories from our travels, but so are the experiences we have. Social media should genuinely inspire us to travel, rather than make our experiences seem inferior to what we have seen. Therefore, I think it’s important to detach that ‘influencer’ content is generally not real life. Tagged brands, likely. A great picture, most definitely. But likely not the great experience that we can all have on our own individual level.